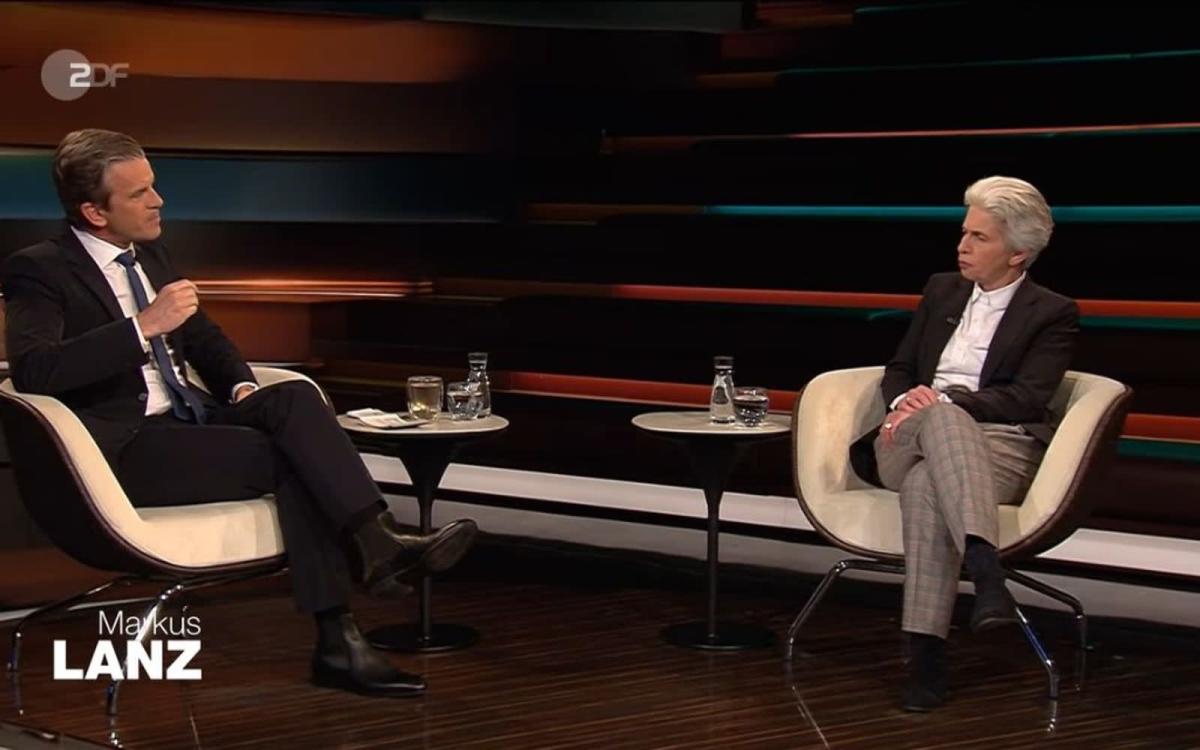 The pre-recorded talk show “Markus Lanz” was overtaken by reality on Tuesday: while the guests in the ZDF studio were discussing the delivery of a fighter aircraft from Poland to the US, the situation was already different.

The war in Ukraine has been going on for almost two weeks, and there are still days when the news about the current situation seems to overflow. Tuesday night’s edition of “Markus Lanz” on ZDF showed that it is not easy to record a current talk show in advance in such a situation.

With FDP politician Marie-Agnes Strack-Zimmermann, journalist Robin Alexander, political scientist Claudia Major and economist Karen Pittel, the ZDF presenter discussed, among other things, an imminent triangular agreement: Poland wants to hand over MiG fighter jets to the USA, with which the Americans can send them to Ukraine through the German Ramstein base in exchange for American planes. One of the key questions was: could Russian President Vladimir Putin interpret such a mission as NATO’s entry into the war?

However, when the program was broadcast from 11:20 p.m., the situation was already different: in the “Tagesthemen” broadcast from 10:40 p.m. in the first broadcast, the Brussels correspondent Markus Preiß had already said that Poland only would take this step if there was a unanimous decision all of NATO wanted to make. And Lanz also seemed to notice the mistake of his editors, albeit late: “The Secretary of State at the Foreign Office is just talking, the Americans apparently didn’t know anything about this decision either.”

Robin Alexander was confused: “Who did not know about the decision?” – “The Americans”, answered Lanz a little sheepishly. “Then it can’t work,” the “Welt” reporter replied. FDP politician Marie-Agnes Strack-Zimmermann, on the other hand, commented: “Which means you have to check the sources first before discussing it.”

Armin Laschet tweets: “Prudence is a great asset these days”

In the end, it was Claudia Major who tried to save the situation: “Perhaps this is a good conclusion to this debate, that is, that all this conflict is unsettlingly unfolding in the information space, that everyone is trying to control the narratives, control the images, and we have to be careful about the information and the words we use.

The show was widely discussed on the internet: “On #lanz, they talk about half the show about something that has long been cleared up (after the taping),” one user tweeted. Even former CDU leader Armin Laschet felt compelled to make a statement: “Polish MiG fighter jets via Ramstein to Ukraine,” he tweeted: “Pentagon spokesman says: ‘It’s just not clear to us that there is a fundamental reason for it’. #Lanz comments as if it were a fact. Prudence is a great asset these days. #respicefinem”.