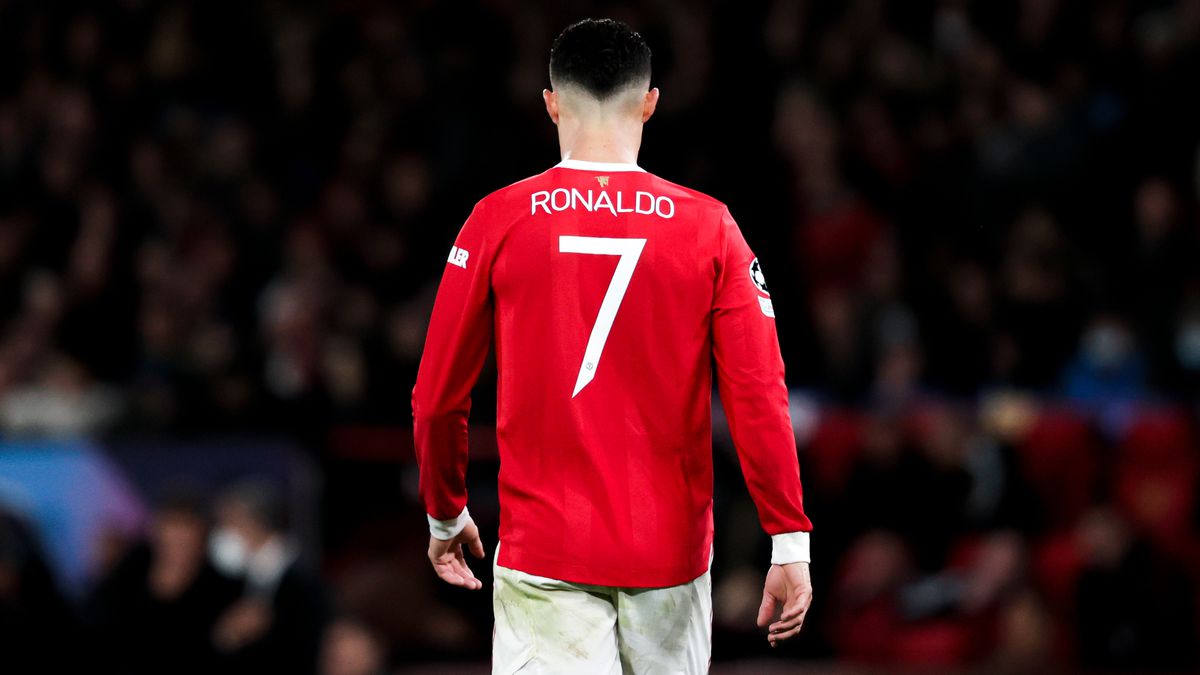 Cristiano Ronaldo ended three weeks of covert rebellion this Monday. The time he hasn’t turned up for training at his club Manchester United, who signed him for two seasons at Juventus a year ago, unaware that the man would cite “personal issues” after the first year to to justify his absence while his adviser. Jorge Mendes is looking for a new team for himself, a team capable of winning titles or at least participating in the Champions League with dignity. Bayern ruled him out for the same reasons they didn’t want Lewandowski. Chelsea argued they needed defenders before points. Only Atlético showed real interest. According to sources close to the Metropolitano club, what was initially welcomed by CEO Miguel Ángel Gil is now a possibility that also enjoys the approval of Diego Simeone, the delegate coach.

Simeone doesn’t seem too keen but, according to these sources, gives a cold opinion: he knows the Portuguese will guarantee the performance. The type of delivery resulting from the “winning character”. He also appreciates goals. If there’s one thing Atlético suffered in the final stages of the Champions League, it’s a lack of punch. There the two rivers meet. At 37, Cristiano is obsessed with ending his career by increasing his goalscoring stats in the Champions League: he has 140 goals in 183 games and wants to rack up more. United’s failure to qualify for top-flight European competition was what prompted his absence. Then British leaders found that the phrases he uttered upon his arrival in 2021 about returning to the club of his life had remained empty words.

Far from losing his temper, United chief executive Richard Arnold acted like presidents when it came to ruin. He grabbed what he had. Understanding the footballer and his coaching team, his position was protected by the position of coach Erik ten Hag, who was always in favor of keeping the goalscorer when it is not possible to hire a better replacement in a bleak market. According to an agent working for United, Ten Hag’s reasoning was clear: “If I managed to make Dusan Tadic a top scorer at Ajax, with Cristiano at United everything will be a lot easier.”

Arnold limits himself to demanding 30 million euros for the transfer. Nobody wanted to pay that amount at the moment. It is said at United that Mendes knows full well that there is not enough market for more. The rope begins to stretch. “The situation with Cristiano is the same as last week,” said Ten Hag a few days ago. “We don’t know where he is but my focus is on the players who are there. I can’t wait to see if Ronaldo comes along; but if he does, we will integrate him into the team.”

Ten Hag does not lose hope. He dreams of the star repeating his 18 goals in 30 Premier games last year. But Cristiano is experiencing a dislike that more and more footballers share when it comes to contemplating his move to Old Trafford, a scenario that has been mythologized until recently. Like Paul Pogba, Cristiano has also discovered that Alex Ferguson’s feud is just a memory and the club that hosted him, the one with the greatest financial potential in England, is also the most disoriented in terms of his sporting strategy, given that he is between the divided among insular leaders and leaders who tend to import ideas from the continent. An institution that is as confused in its transfer policy as it is determined in its communication policy to blame the employees for the inevitable mistakes.

Cristiano, who earns €11m net per season, has no more doubts. He knew early on that the stark distance between United’s expectations and reality would weigh an unbearable burden on his shoulders. He understood when the English media blamed him for the team’s poor performance last season. They argued he scored goals but didn’t help save the ball because he didn’t press after a loss, and the hapless Ralf Ragnick, the manager at the time, let the rumor spread for the account it got him.

Now he wants to return to Madrid. In Pozuelo he owns a villa that he doesn’t want to sell and he has no shortage of friends, especially madridistas who understand that if he cuts ties with his past, it’s not out of dissatisfaction with Real Madrid, but out of resentment towards them done to its leaders . Cristiano does not forget that after winning the Champions League in 2017, when he asked for an extension, he found that President Florentino Pérez delayed a response when trying to sign Mbappé. His move to Juventus in 2018 culminated in the disagreement. The same wound in the ego that now encourages him to spitefully return to the side of his rivals.

That Times published this Sunday that Atlético are offering Antoine Griezmann United in a swap offer. At the Madrid club, they say anything is possible as market studies have revealed exceptional potential returns if they sign the Portuguese. The operation invites optimism when its chrematistic derivatives are projected. Atlético starts to heat up. Cristiano is beginning to think that if he is to avoid the embarrassment of returning to Manchester, the metropolitan route will be presented as the only possible end to his exodus.

Manchester United are in a desperate situation due to a decade’s chain of managerial and player signing mistakes. So critical that he portrayed the signing of Christian Eriksen, a footballer who remained clinically dead for ten minutes in 2021, as a major achievement, so close that coach Ten Hag is stubbornly holding Cristiano despite the Portuguese being 37 years old and since Missing for three weeks with clear intention not to return.

The loss of prestige is reflected in a transfer market that only shows fleeing players or players who cannot be seduced. United are so precarious that not even the financial capabilities of their brand, the strongest in the UK, help them attract footballers.

Barcelona board say Frenkie de Jong is being paid an inflated salary which he would rather not be without. According to the contract issued by brandIf the Dutchman meets the specified conditions by the end of the bond, he will receive an average of EUR 14 million gross plus two million bonuses per year. Almost half of what Manchester United offers him

United’s latest offer, rejected by the player without haggling, was £13million net plus four for annual goals for five seasons, according to a trusted advisor to the English club. A total of 26m gross per aisle, which would have made him the highest-paid footballer in the squad after the departure of Paul Pogba, who earned 17m net and went to Juventus to earn less.