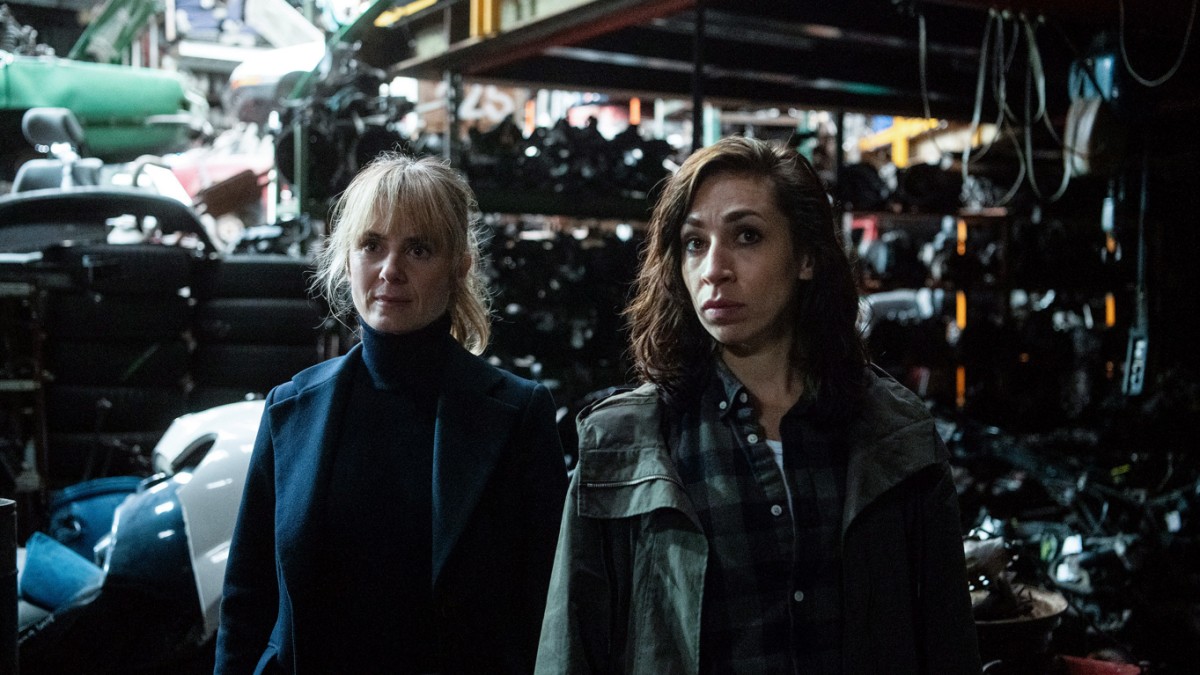 Crime novels will stop at nothing for their story, though the corpse itself rarely plays much of a role. She is found and may still be in pathology later and unable to defend herself when the investigators are cunning. Zurichcrime scene he does it differently this time, the corpse gets the full staging. Wrapped in plastic, she hangs on chains from the ceiling of an old hall. And she looks.

In their third case, Zurich investigators Grandjean (Anna Pieri Zuercher) and Ott (Carol Schuler) meet internationally publicized artist Kyomi, who cuts up unstable youngsters, tattoos their faces and eyes, and lives like a guru with her “objects”. in a commune. “Sometimes your face doesn’t match the person you’ve become,” says Kyomi, and that resonates with Ott’s inner life: the investigator has radically, if not quite successfully, renounced her upper-class origins. “If I don’t recognize myself in the mirror anymore, will that free me from myself?” Ella hesitates, and Grandjean interrupts him: “If you don’t recognize yourself in the mirror anymore, you need glasses.”

“Schattenkinder” is a classic crime novel that would like to be a surprise in its drastic nature. In addition, various levels of motifs are drawn: not only Kyomi transforms bodies, but also the plastic surgeon Gessner, whose son Cosmo hung from the ceiling dead, groomed and tattooed on his face. Cosmo was a victim of sexual violence when she was a child. On the other hand, what Kyomi, harassed by a greedy gallery owner, is doing with the bodies of her “her objects” smacks of her abuse. “So this is your art?” says Grandjean. There is no fear of applause for particularly shallow clichés against the art world.

The third case from the Zurich team led by Christine Repond, director, and authors Stefanie Veith and Nina Vukovic is told with powerful visuals and is abstractly coherent. But you don’t get emotionally close to the characters in this modern horror fairy tale.

Grandjean and Ott are still the most promising at the moment crime scene-Equipment. They are empathic, they don’t talk much, they see their husbands from time to time, they lead normally melancholy lives; meanwhile, there are hints of what his grand narrative could be: the moral portrait of the cold, rich town whose sons seek liberation.