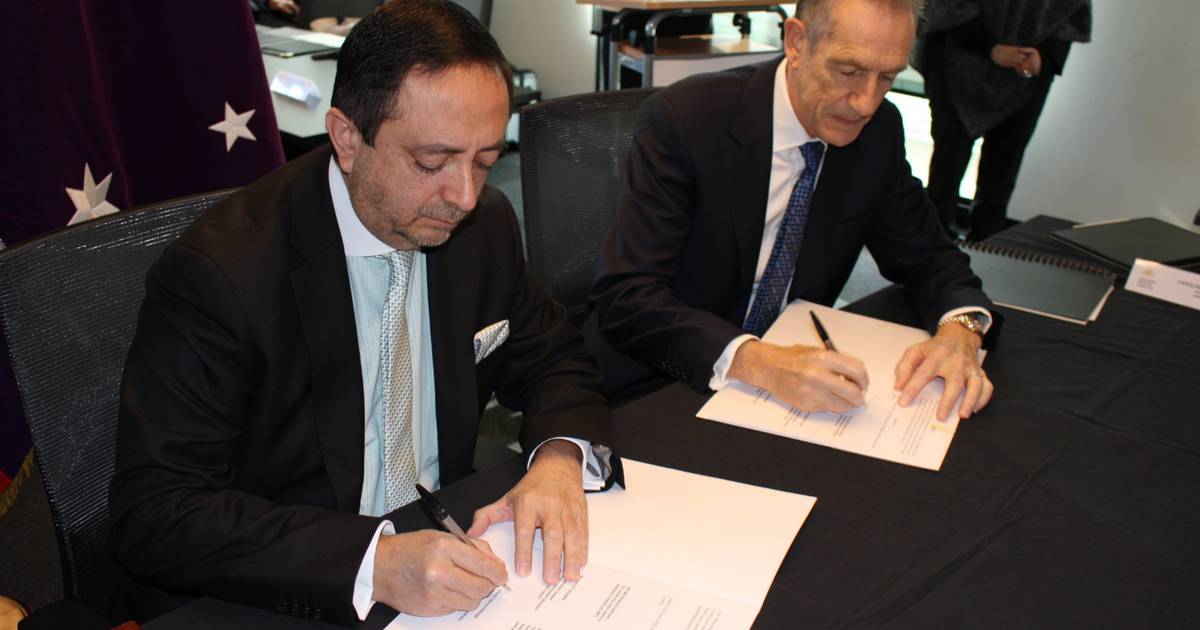 Thanks to the simultaneous signing in the cities of Quito and Canberra of a Memorandum of Understanding, on that date the creation of a Trade and Investment Council between Ecuador and Australia was finalized. During the ceremony, Ecuador’s Ambassador to Australia, Arturo Cabrera Hidalgo, described the event as “an unprecedented historic step in relations between the two countries, and a necessary step to strengthen them”.

The new Council will bring exporters and importers face to face; investors and entrepreneurs; small, medium and large entrepreneurs and industrialists of Ecuador and Australia, in order to generate trade and investment, as well as stimulate the economies and create jobs in both countries, through common and shared interests.

On the Ecuadorian side, the executive president of the Chamber of Industries and Production of Ecuador, Pablo Zambrano Albuja, signed the agreement. For Australia, Chairman of the Australia-Latin America Business Council, ALABC, Richard Andrews. ALABC Board Member Darryl Cuzzubbo has also signed on as Australia Chapter President. Ambassador Arturo Cabrera participated as a witness of honor.

The ALABC is an Australian conglomerate of over 150 companies and industries, some of which have made billion dollar investments in the region and are looking to it as a way to diversify their markets. The Chamber of Industries and Production of Ecuador will be accompanied by other commercial and regional chambers, as well as SMEs and entrepreneurs from all productive areas of the country.

The agreement will allow the exchange of information, the generation of economic cooperation projects and the facilitation of exchanges between the private sectors of the two countries. Its face-to-face meetings will be held at least once a year, and almost as often as its members require.

The Executive President of the Chamber of Industries and Production, said that “it is essential to promote the bilateral relationship, with the aim of attracting investment to Ecuador and promoting trade between our countries, which have an economy additoinal”.

In his closing remarks, Ecuador’s Vice-Minister of Trade, Daniel Legarda, stressed that the creation of this Binational Council “is an important step that will strengthen the ties between Ecuadorian and Australian businessmen to bring more from Ecuador to the world and more people to Ecuador. “. Furthermore, he stated that “they have the support of this portfolio of state, given that our objectives are consistent with those of the Council; that is to say, to promote cooperation in trade, the investment, services and all industrial sectors between the two countries”.

- Advertisement -
Share
Facebook
Twitter
Pinterest
WhatsApp
Previous articleAccession of Ecuador to the Convention for the Conservation of Antarctic Marine Living Resources (CCAMLR)
Next articlePresident Guillermo Lasso after the end of the strike: “We are here to build a better Ecuador”