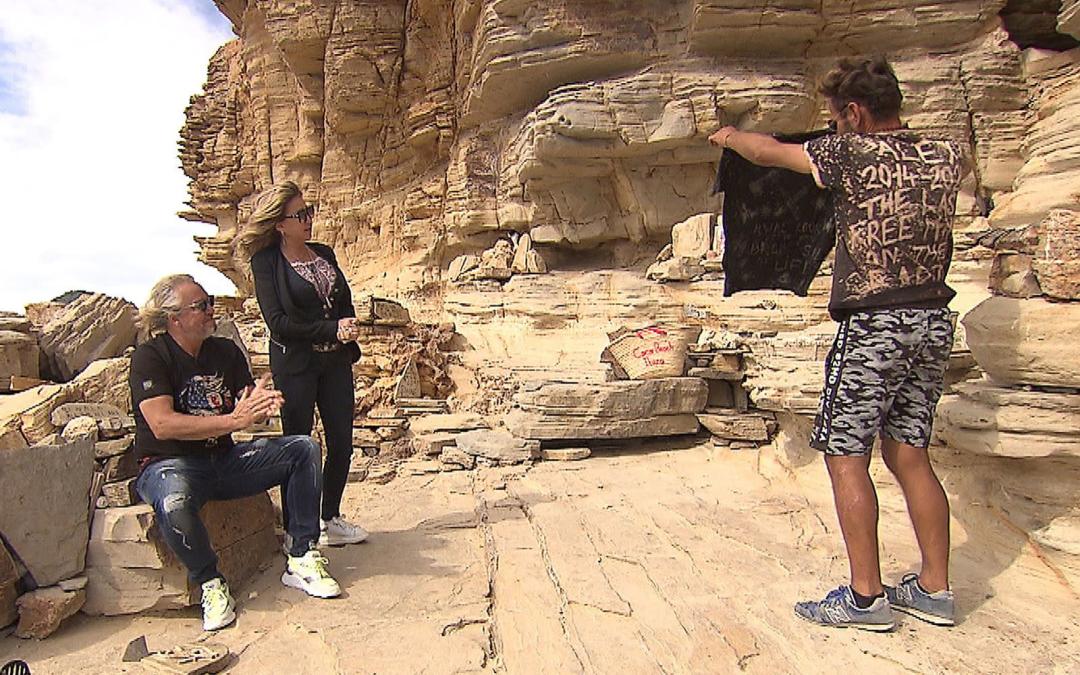 Two worlds collide: on a trip to Ibiza, millionaire Robert Geiss meets a hippie who lives spartanly in a cave. As Robert takes off quickly, Carmen is curious.

The Geissens make a stopover in Ibiza with their yacht “Indigo Star”. The popular vacation destination of the rich and famous used to be a haven for dropouts. Earlier? In the current episode of “The Geissens – a terribly glamorous family” (Monday on RTLZWEI), Robert and Carmen meet a man who still lives like a hippie today: Alex has traded the luxury of pop star life for a life Spartan in the middle. of nature he lives in a cave in Punta Galera with a view of the sea.

Model Papis Loveday (“Celebrity Big Brother” 2021) took the Geissens to his friend: “We’re doing something really cool, it’s a surprise!” He is excited. Even before the visit, however, Robert isn’t feeling well: “Surprises are rarely good,” he says, “we’ll probably run into some crazy caveman.” According to daddies, Alex used to be a pop star in his native Czech Republic. He then gave up the jet set life, sold his belongings and has lived spartanly in a cave overlooking the sea ever since.

“It’s good here!” moans Carmen when she sees how Alex lives, “and so tidy!” Interestingly, she explores the cave and, along with her parents, she also tries the stone bed of abandonment in a niche. Meanwhile, Robert keeps his distance: “That you always have to go straight in everywhere,” he shakes his head at his wife. When Alex offers tea to his guests, the 58-year-old refuses: “Do you know what else is in the bucket he’s using to fetch the water?” he asks skeptically. When Alex shows the guests that he, too, prints T-shirts, Robert at least commands a certain amount of respect.

However, the millionaire feels visibly uncomfortable, without any material luxury around him: “It wouldn’t be mine,” Robert said tersely. The 58-year-old is also extremely reluctant to put up with painstaking meditation, including group hugs. “I’m having back pain right now,” he groans and runs off. Carmen had guessed it: this outing was clearly too spiritual for her luxury-loving husband.

The next day, the Geissens want to go to Formentera with their yacht, the “Indigo Star”. But Robert underestimated the weather forecast and the strong waves. Once in the water, the yacht is a toy for the waves. Furniture in the yacht’s saloon slides back and forth with a loud crash, vases fall off shelves, and table legs twist. “That was not a good idea,” Robert admits his error of judgment and orders a return to the port of Ibiza. After an initial inventory, it becomes clear: this sea voyage was an expensive joke. “I think we need some new furniture,” Robert says resignedly.

VIDEO: Still no boyfriend? Carmen thinks that Shania and Davina are “decent”

- Advertisement -
Share
Facebook
Twitter
Pinterest
WhatsApp
Previous articleWoman reveals her date Googled her meds after finding them in the bathroom: ‘My jaw dropped’
Next articleBiden accuses India of ‘wavering’ in its position on Ukraine invasion