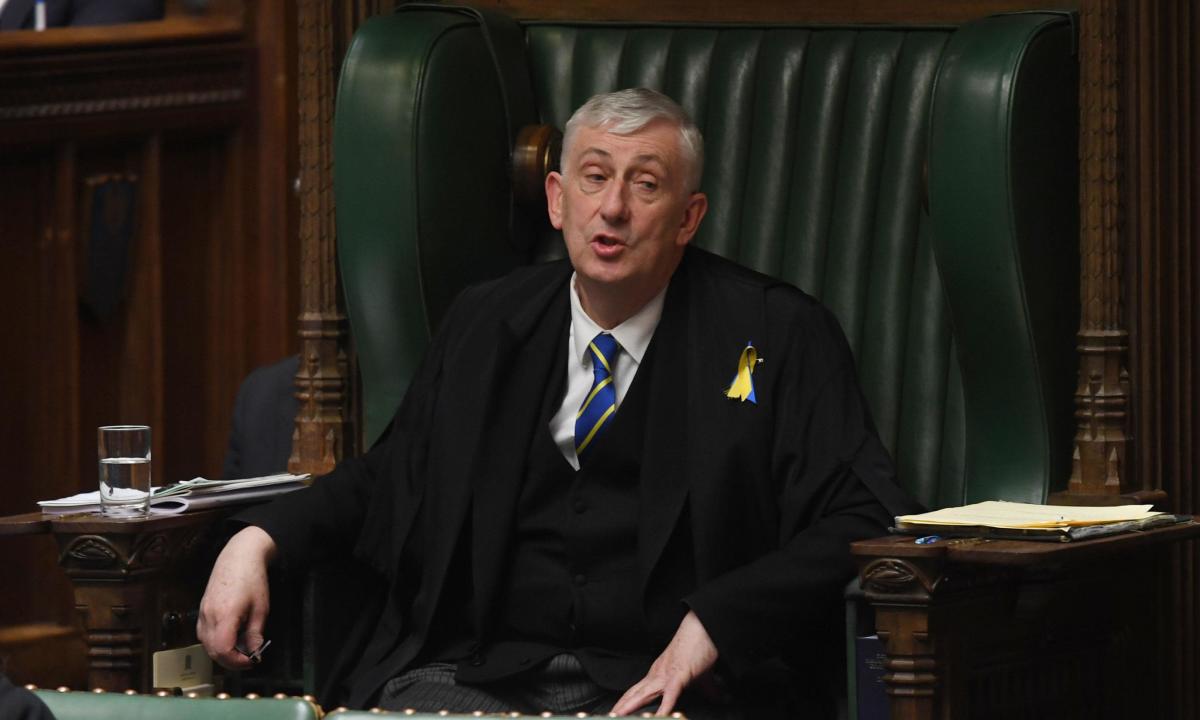 A high-powered all-party UK delegation to India led by House of Commons Speaker Sir Lindsay Hoyle and his deputy has been canceled at the last minute in a sign of a growing gap over refusal of India to distance itself from the Russian invasion of Ukraine.

The 10-person delegation has been in talks with India since January and planned to visit Delhi and Rajasthan, but the Indian high commission is believed to have raised objections at the last minute.

Boris Johnson spoke with Indian Prime Minister Narendra Modi on Tuesday in a bid to use his influence to persuade India to take a tougher stance on the Russian invasion. India has not imposed sanctions or condemned Russia, its largest supplier of military equipment.

The Speaker’s visit, the first of its kind to India and part of his effort to act as a diplomat between parliaments, was due to take place during the Easter parliamentary recess.

The delegation was originally intended to make a push to encourage progress on a free trade agreement between the UK and India, but the context of the visit changed after the invasion of Ukraine in February and the leadership role of Great Britain in supporting the armed resistance of the Ukrainians.

It was unclear whether India’s problems were with individual members of the elected delegation or related to a broader concern that British MPs would have a platform in India to urge Modi to take a tougher stance.

Britain has been concerned by reports that India’s central bank is in initial consultations on a rupees-rubles trade deal with Moscow that would allow exports to Russia to continue after Western sanctions restricted international payment mechanisms. .

The talks would allow India to continue buying Russian energy exports and other goods.

Yet India, locked in a land border dispute with China, may feel it cannot afford to alienate its main arms supplier.