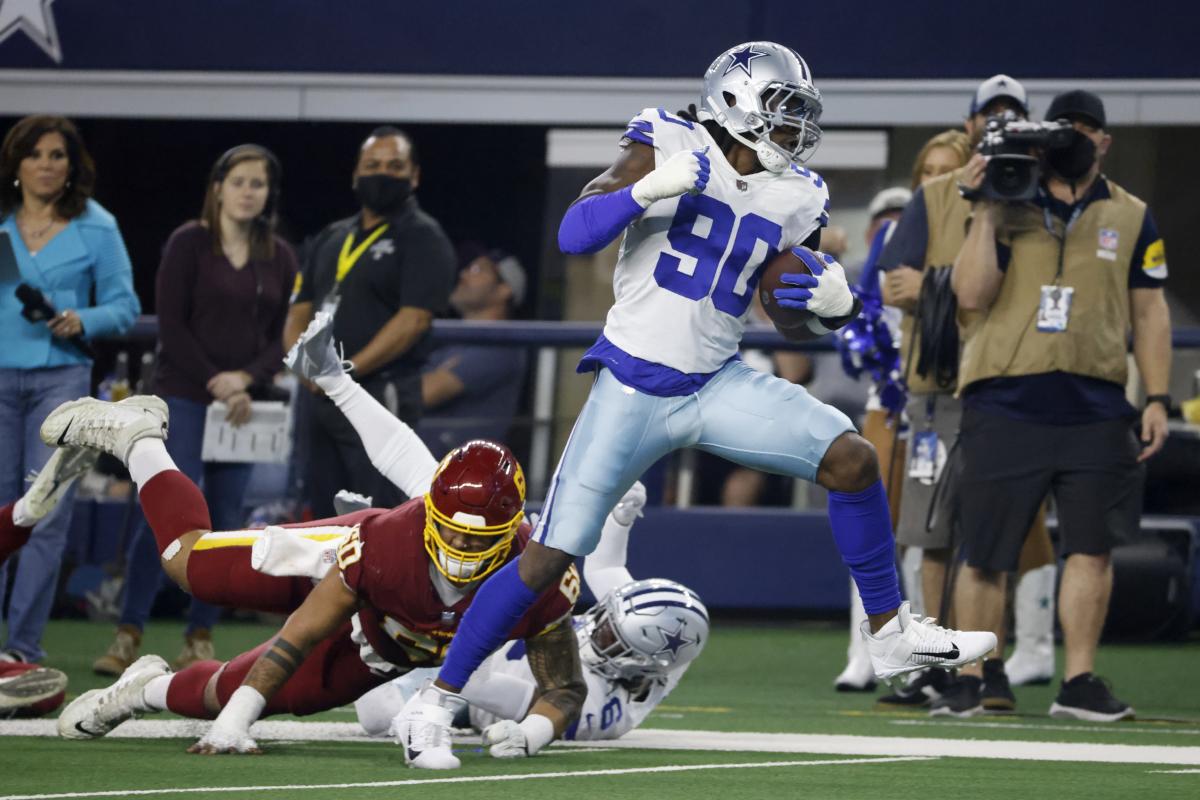 The Dallas Cowboys are bringing back defensive end DeMarcus Lawrence in a new contract that will create more cap space, a person with knowledge of the deal said Monday.

Lawrence’s modified deal is worth $40 million over three years with $30 million guaranteed, the person told The Associated Press on condition of anonymity because there has been no announcement.

The Cowboys’ best hope of keeping both Lawrence and unrestricted free agent Randy Gregory was to lower Lawrence’s salary cap. The original $27 million figure of the five-year, $105 million contract he signed in 2019 has been cut in half.

Lawrence signed the big contract after consecutive seasons with double-digit sacks. Those are the only two years of his career. Lawrence was limited to seven games last season after breaking his foot in practice the week after Game 1.

The Cowboys have been busy with salary maneuvering in free agency. The new deal with Lawrence comes two days after Dallas traded wide receiver Amari Cooper to Cleveland, a move that saved $16 million in cap space.

Dallas re-signed wide receiver Michael Gallup to a five-year, $62.5 million contract. Trying to keep Gregory is the next big problem.

While Lawrence has been a leader of the Dallas quarterback race and a focal point for defenses, the oft-suspended Gregory had a productive and drama-free 2021 season. The Cowboys are hoping for a discount after backing Gregory through the problems that plagued his first four seasons.

If the Cowboys can keep Gregory, the most important parts of Dan Quinn’s unit will return for the defensive coordinator’s second season. NFL Defensive Rookie of the Year Micah Parsons is the centerpiece at pass rushing linebacker.

Lawrence has 48 1/2 sacks in eight seasons, but he is coming off his fewest in five seasons with just three in 2021. The broken foot ended a streak of four straight years in which he appeared in every regular season game.