Cow runs away and blocks highway in the US 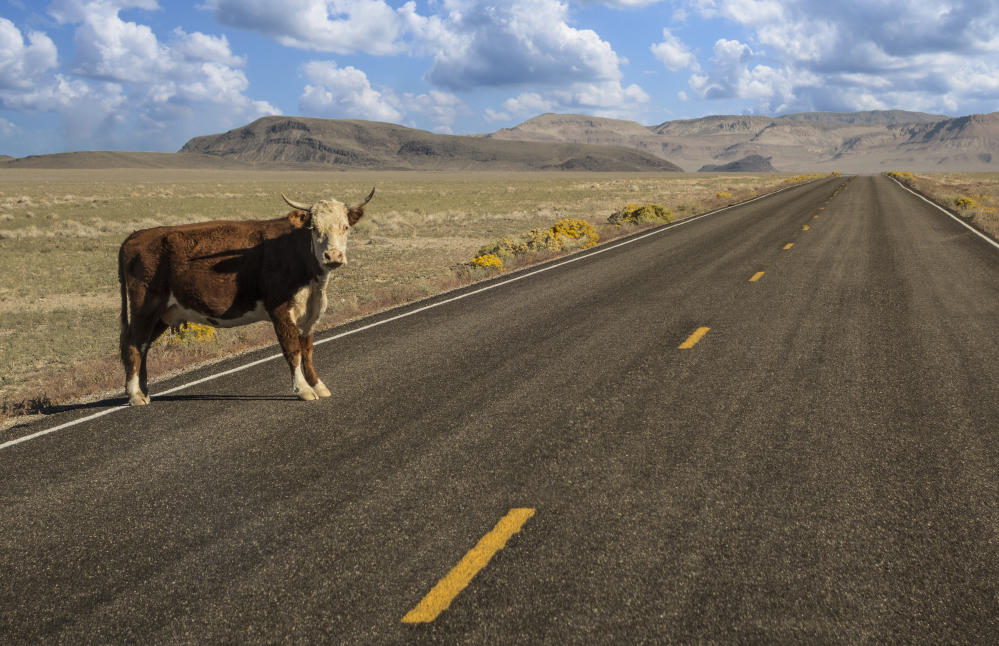 It can happen that a cow escapes. The fact that she ends up on the highway and her excursion is accompanied by live images on television is quite rare, even in the US.

This is exactly what happened in the US state of California. the news channel CBS Los Angeles switched to traffic helicopter feed. This captured curious images on the 210 freeway in the Lake View Terrace area. At first, the footage looks like a classic highway gangster chase, but the reason is much more harmless.

A closer look reveals a cow crawling along the right lane of the eastbound freeway. She was accompanied by several white trucks trying to escort the animal safely off the highway. The California Highway Patrol had been alerted to the migration of even-toed ungulates.

The cow as an escape artist

Due to the unusual road user, the expressway was temporarily blocked for other cars. She even managed to escape again after escort vehicles had already cornered her in a shopping mall parking lot. She used the steps of Foothill Boulevard to continue her journey.

At first it was assumed that the cow came from a nearby farm. But when it finally turned onto a dirt road escorted by cars and ended up at the ranch, the owners protested that the cow was not part of their herd. Farm workers eventually managed to tie up the fugitive and prevent further road trips. It has not yet been possible to determine where the cow came from.