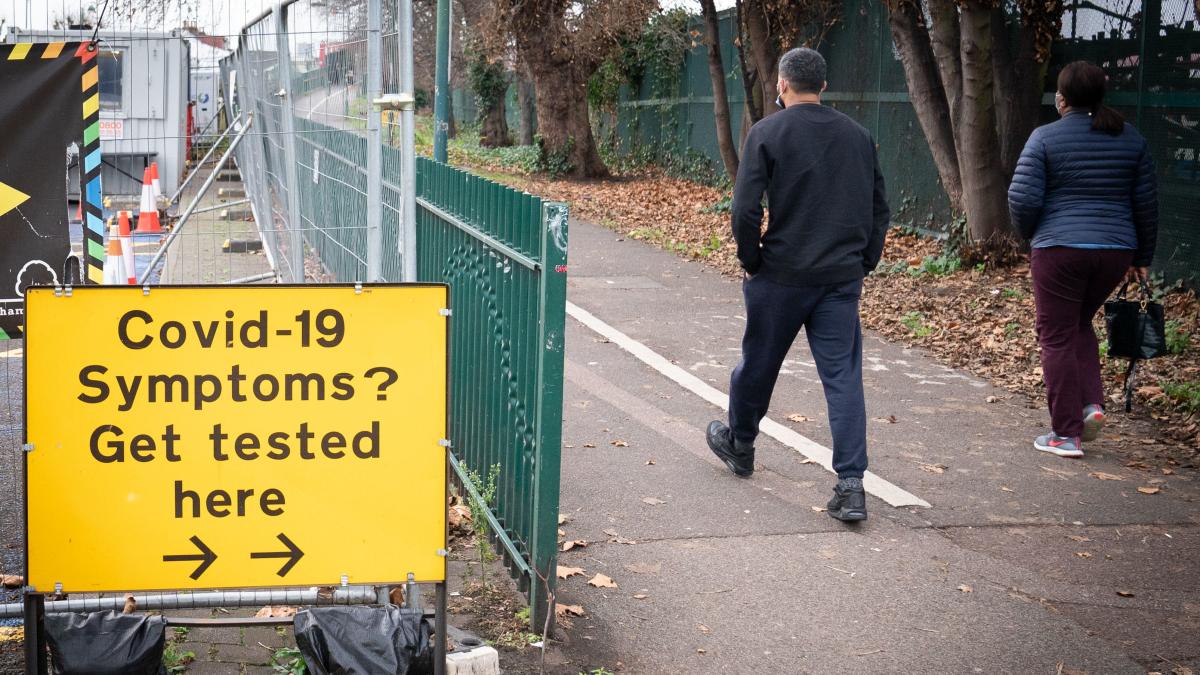 Covid-19 infections have risen sharply across most of the UK and are approaching record levels in England, while both Scotland and Wales have hit an all-time high, new figures show.

Across the UK as a whole, 4.26 million people are likely to have had coronavirus last week, just down from 4.30 million in the first week of 2022, which was the highest total since they began. the estimates.

Northern Ireland is the only nation where infections are believed to be falling, with levels declining for two weeks in a row, according to the Office for National Statistics (ONS).

The sharp rise in infections across much of the country is being driven by the Omicron BA.2 variant, a more transmissible form of Omicron, the ONS said.

The figures are further evidence that Covid-19 is rapidly becoming more prevalent in the UK and comes as the number of people in hospital with the virus continues to rise.

Around one in 16 people in private households in England, or 3.5 million people, are likely to have had Covid-19 in the week to March 19.

This is more than one in 20, or 2.7 million people, in the previous week and is the third week in a row that infections are estimated to have increased.

The percentage of people who have tested positive for Covid-19 in England has increased across all age groups and regions, the ONS found.

However, covid-19 is still more prevalent among young children.

The ONS Infection Survey is the most reliable measure of the prevalence of Covid-19 in the UK.

It uses a representative sample of swab tests collected regularly from tens of thousands of households and can therefore estimate the percentage of people who are likely to test positive for Covid-19 at any one time, regardless of when they contracted the virus. how many times they have had it and if they have symptoms.

The survey is far more representative of the level of Covid-19 in the UK than the number of cases announced each day by the Government, which includes only those people who have reported testing positive for the virus, and is affected by how many people are coming in for tests or getting tested because they know they have coronavirus symptoms.

James Naismith, a professor of structural biology at the University of Oxford, warned that the latest figures from the ONS showed there was “no sign yet” that the virus had peaked.

“Politicians in the UK and at delegated levels have decided as a practical matter to let the virus spread through the population,” he said.

“The scale of the infection is now putting pressure on the health service, but the combination of vaccination, improved treatments and the less severe nature of Omicron means that for the vast majority of people infected this will not be life-threatening.

“This wave will simply burn itself out by infecting everyone who can be infected.”

Dr Stephen Griffin, a professor of medicine at the University of Leeds, said the combination of the BA.2 variant and relaxation of covid restrictions is “causing a massive resurgence of infection” with “worrying” spread between the older age groups.

He added: “Blinding ourselves to this level of damage does not constitute living with a virus infection, quite the contrary. Apparently, public health has fallen drastically down this government’s list of priorities, to the detriment of the UK population as a whole.”

A total of 16,975 people with Covid-19 were hospitalized in the UK on March 23, up 18% from the previous week and the highest number since January 24.

Separate figures from England’s NHS show just over half of all hospitalized Covid-19 patients are being treated primarily for something else, up from a quarter in autumn 2021.

All patients who have tested positive for COVID-19 should be treated separately from those who do not have the virus, regardless of whether they are in the hospital primarily for COVID-19 or not.

But the proportion of patients who are in hospital “with” Covid-19 rather than “for” Covid-19 (55% as of March 22) is another sign that the current wave of the virus has not generated the same kind of Pressure. in intensive care as in previous waves.