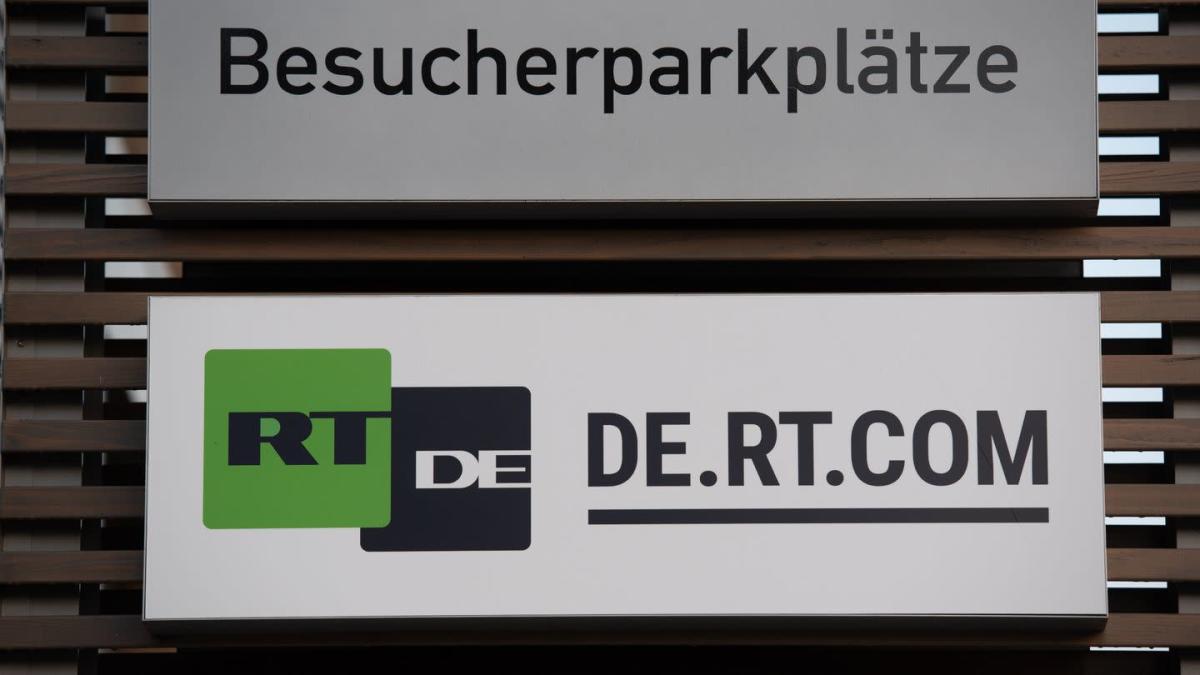 Berlin (dpa) – German judges have temporarily banned the distribution of the German-language television program of the Russian state media RT.

“Following an urgent decision by the Berlin administrative court, the program ‘RT DE’ can no longer be organized or distributed for the time being,” the court said. The judges rejected an urgent request from RT DE Productions GmbH and the actual lawsuit has yet to be decided.

In mid-December, the German-language RT TV show started in Germany via various playback channels. In early February, German media regulators issued a broadcast ban. The reason was that a broadcast license was missing. This is a prerequisite to offer a radio program in this country. One of the requirements of the license is that the constitutional principle of remote transmission of the state must not be violated, that is, a state or party must not have any influence on the content of the program.

Berlin-based RT DE Productions GmbH filed a lawsuit against the broadcast ban with the Berlin court and later also an urgent application, which has now been decided. According to the court, an appeal against the decision can be filed. When asked by the German Press Agency, RT DE Productions GmbH was disappointed after the court decision. The measures against the program will continue to be challenged. According to media authorities, the show continued despite the broadcast ban, with regulators twice imposing fines of several tens of thousands of euros.

No broadcast license in Britain either

Russian state media has been criticized for spreading Kremlin propaganda and disinformation. The EU recently banned the distribution of Russian state media RT and Sputnik in the EU, all of which has been in place since early March. It must be implemented in the respective EU countries. It was also announced today that RT will no longer be able to broadcast their show in the UK. British media regulator Ofcom withdrew the broadcast license.

The case of the German broadcasting license must be considered independently of the EU decision. The Administrative Court emphasized that according to the State Media Treaty, private broadcasters need a license to broadcast radio programs. The judges are also of the opinion that RT DE Productions GmbH is the broadcaster because it offers the broadcast program on its own responsibility for the content. It can’t claim to be a pure production service provider, he said. The deciding factor for capacity as an organizer is the fact that he takes ultimate responsibility for the program and broadcasts it, the court said. According to the court, RT DE Productions GmbH had argued that it was not the organizer of the show and was therefore not subject to the license requirement.

Head of the Berlin-Brandenburg Media Authority Eva Flecken said: “This media law procedure is an expression of a functioning constitutional state.” Broadcasting in Germany requires a license. “RT DE can’t ignore that either.”