Could she be friends with a Flat Earther? 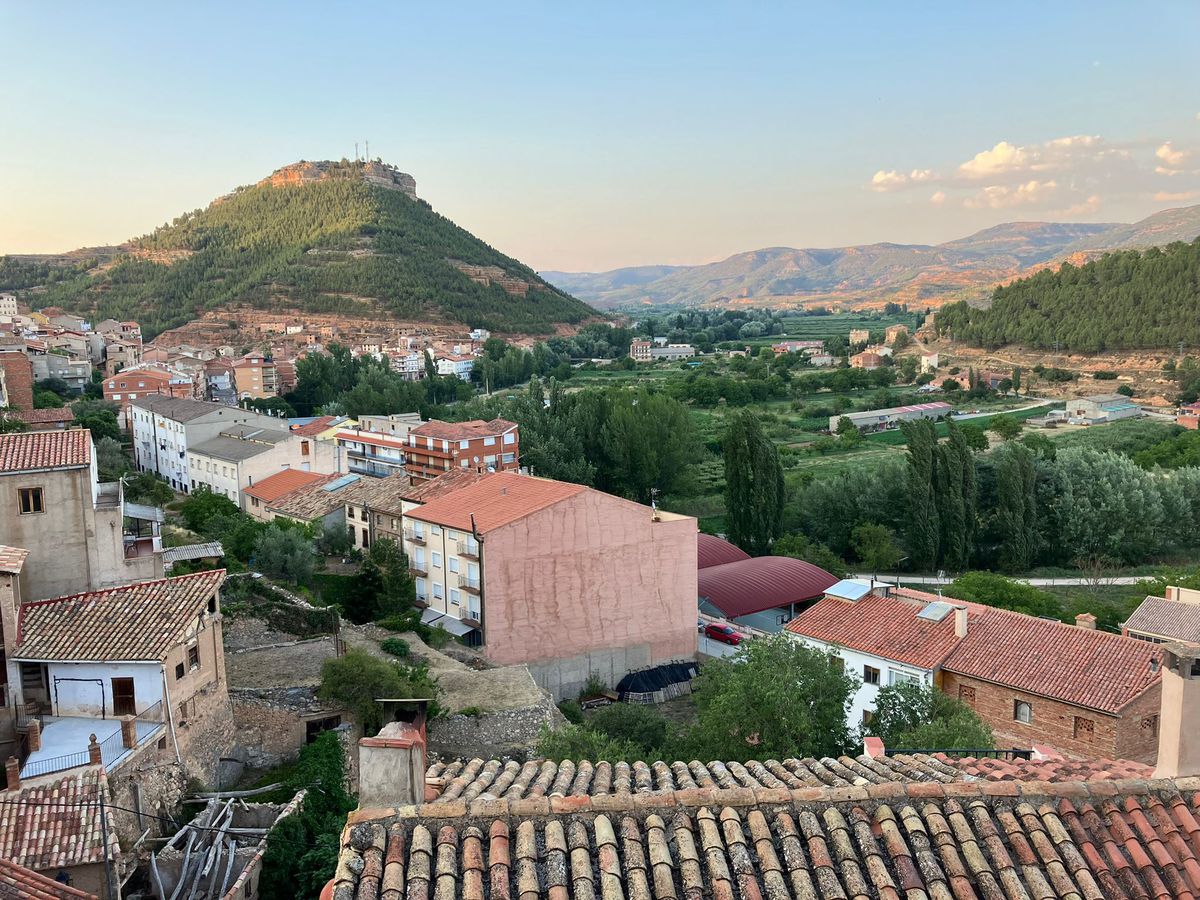 I have escaped from Madrid’s hell where it seems, according to the PP spokesman in the assembly, that these relentless heat waves are the same, to enjoy this extinct reality in the capital that consists of nocturnal cooling. Here, in Rincón de Ademuz, my mother’s land, there are stars and cool nights. Those of us who return in the summer trigger our memory mechanisms by hearing the speeches of those who raised us. Because the memories are very shared, over time they become a family anecdote and it’s hard to tell if this happened to you or your cousin. There are expressions that are found again when you hear them in the mouths of the elders, elders that we children had to hear when I was a child and if we didn’t comply with the order we were thrown into the street to play, whatever not bad. I suddenly remember that when these adults spoke of an extraordinary being, they defined it as “a beautiful person.” It’s not an example of local costume brismo, but it’s sort of a family ethic. The most beautiful people were those who knew how to live together in small communities, without imposing criteria, overcoming resentments, suppressing their principles and also their desire to hurt. If what was thought could be expressed more easily in the cities, restraint must be exercised in a small space. I, who enjoy this kindness of mine, their habit of avoiding controversial subjects and who see a virtue in this prudence, return to the city to confront them, to defend what I think, even at the risk , not to be liked.

I grew up among wonderful people. I doubt I am because I don’t have the tolerance they had for biting their tongues. Lately I’ve been feeling that my ability to accept stupidity has been limited. As a child, in my uncles’ oven, I would listen to women who didn’t believe that man had reached the moon. His words of unbelief were then repeated over and over again; It was logical for these people to distrust, because their backwardness and technological advancement were too far apart. But now it’s cyberspace that can lead to the idea that the earth is flat. Would I be friends with a Flat Earther? I suspect that even if we politely tried to focus on everyday issues, that insurmountable difference would always be on my mind. It may seem like a very extreme example, but it is no less so to hear voices denying the evidence of climate change when its impacts have accelerated and we cannot avoid them. It has also become common this summer for a political position at meetings or rallies to blame environmentalists for the fires. It’s extraordinary: they don’t listen to what they’re screaming in this growing desert, forest engineers, firefighters, ranchers, to focus on their favorite scapegoat: the ridiculous environmentalist. Can I be friends with someone who fleeces the public services for tending our forests and then posts that kind of vulgarity through their mouth? Could she be a friend of someone who says that if you have heat stroke you have to go to a supermarket?

The way I was raised I should have the gall to accept this kind of nonsense, to ignore it, but the more the consequences of frenetic trickery in the networks on the one hand and ultra-capitalist selfishness on the other accelerate, the less patience I leave have. The heat is likely to add to anger at a lack of action, as well as pessimism over a war that distracted Europe from a certain illusory moment when optimism about the energy transition reigned supreme. You must reassemble each day to face the day and face the task. When you watch the sunset from one of those mountains of your childhood, everything seems untouched, your lungs fill with oxygen and it just seems like one of those beautiful people you grew up with. From this point it’s easy to ignore the differences, to understand them as something natural in human comedy, but when you then set about the task of writing you realize you’ve chosen a profession that demands commitment and courage requires you to realize that you don’t even have to compromise with someone who is lying, either out of stupidity or sheer selfishness. And there are so many lies today that we don’t know how to use the firewall.

Previous articleMavi García: “Sometimes I think I’m the worst; then I’ll get over it”
Next articleGuillermo Fesser: “Spain is still a country, the US is a casino”