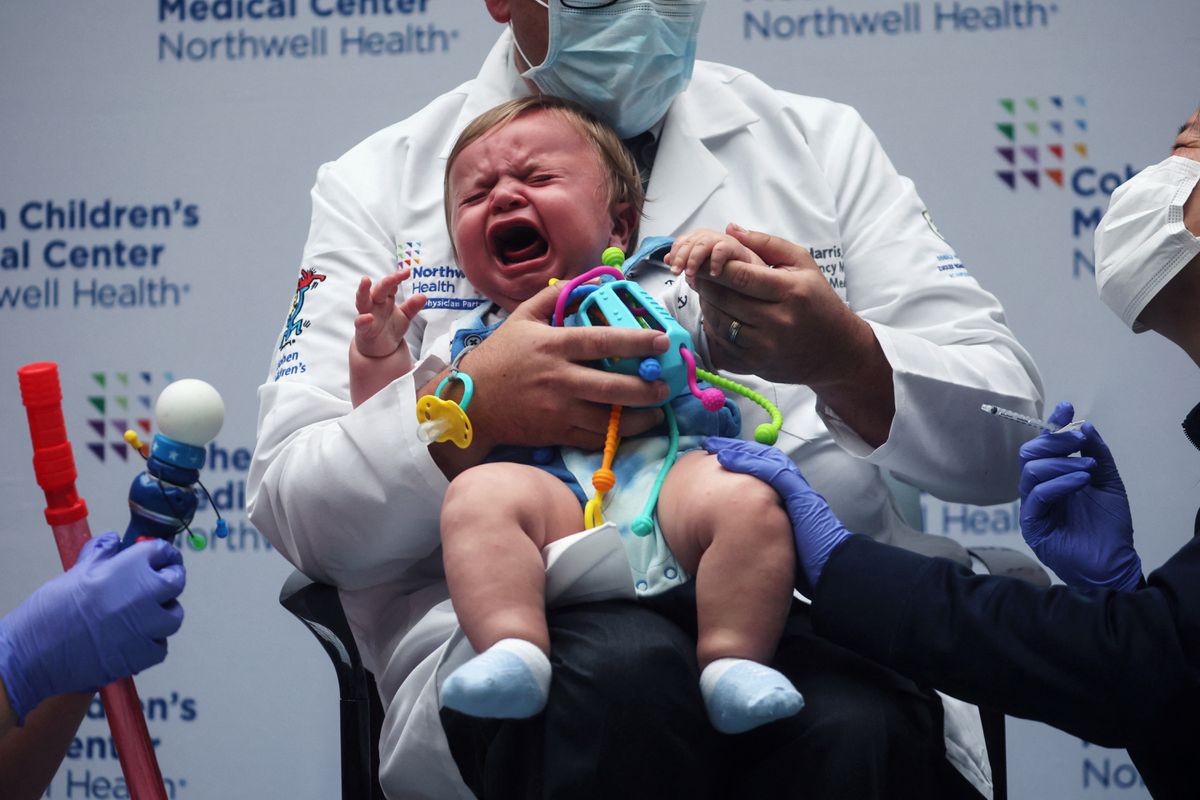 Margaret Keenan, a 90-year-old Briton, received the first coronavirus vaccine outside of clinical trials. It was December 8, 2020, after an accelerated race unprecedented in history to effectively ward off a virus. A study now published in the medical journal The lancet has modeled what would have happened in the world if vaccines had not existed, or better yet, how many lives they have saved: 19.8 million people, as many as if the Covid had all or half of the population of Ecuador wiped out Argentines. The work also confirms the unequal distribution of vaccinates between poor and rich countries.

Determining the impact of vaccines against Covid is not easy. The studies showed that they had between 60% and 90% (depending on the formulation) in effectiveness, understood as reducing the risk of developing severe Covid. But how many deaths have they prevented? It’s not easy to know. To do this one would have to imagine two parallel worlds, one with vaccinated and another without vaccinated, and see where more people have died from Covid. Since such a comparison is impossible, one has to resort to mathematics and models. That’s what researchers at Imperial College London (ICL) did. Using demographic data, including comorbidities, from 185 countries, healthcare infrastructure, past infection rates, vaccination rates, and even types of vaccines, they modeled their impact on the world from Margaret Keenan’s vaccination to December 8, 2021, just a year later.

If the model was based on statistics of Covid deaths, the vaccines would have prevented the deaths of 14.4 million people across the 185 countries surveyed. But reliable official data is not available everywhere. Not even in countries with advanced registration systems, as the case of Spain showed, did the numbers reflect the actual number of deaths from the coronavirus. Therefore, another way of counting was introduced. Deaths from all causes in 2020 or 2021 were counted and compared to deaths in the years before the pandemic. Thus excess mortality could be attributed to the virus. Based on this, Oliver Watson, researcher at the ICL Center for the Global Analysis of Infectious Diseases and first author of the study, clarifies: “We estimate that in a world without vaccines, almost 20 million people would have died.”

According to the model, the vast majority of avoided deaths were due to the direct effect of the vaccine, i.e. immunization. The rest would be due to indirect effects: herd immunity and relief for the healthcare system. The impact of the different vaccines was little felt until mid-2021, when the dual directive was already complete in the most advanced vaccination countries, but most restrictions were lifted. This research also shows the sometimes enormous differences between some countries and others.

“Of the nearly 20 million estimated deaths that would have been avoided in the first year after vaccines arrived, about 7.5 million occurred in countries covered by the Covid Vaccine Access Initiative (Covax, for the English acronym ) have been covered. ‘ says Watson. This mechanism, funded by the UN, the WHO and the pro-vaccine alliance GAVI, aimed to achieve the most equal access possible and the most equal distribution possible between the various countries. Covax aims to have at least 20% of the population in the 100 poorest countries vaccinated by the end of 2021. WHO was even more ambitious, increasing this target to 40%. But the reality was different. For example, the first vaccine arrived in Burundi 10 months after the United States. While the American power had already purchased enough vaccines to vaccinate its entire population three times on the dual schedule before they were available, by the end of 2021 only 0.07% of DRC residents had received at least one dose.

The time factor has proven to be crucial. Vaccination began much earlier than in the rest of the world and on a large scale in Europe, the United States, Canada and other advanced countries. “This meant more deaths were prevented as transmission increased in 2021, either through easing non-pharmaceutical interventions or the arrival of the more easily transmissible Delta variant in the second half of the year. If vaccination had taken place before and before this variant arrived in low-income countries, more lives would have been saved,” comments the British researcher. “If the targets set by the WHO had been met, we estimate that around one in five lives lost to Covid in less developed countries would have been prevented,” Watson said.

“If the targets set by the WHO had been met, we estimate that around one in five lives lost to Covid in less developed countries would have been avoided.”

The work also confirms that not all vaccines are created equal. In the countries where those based on RNA technology (those from Moderna and Pfizer) carried the weight of vaccination, the number of lives saved was greater. In addition to their greater potency, particularly in the case of the Delta variant, these are vaccines with more demanding storage and transport conditions, which has meant that they barely reach many of the countries that have already been penalized for delaying a vaccine. However, the model also found relatively lower immunization uptake in many Covax countries and inadequate infrastructure to support efforts to vaccinate their residents.

Professor Azra Ghani, Head of the Department of Infectious Disease Epidemiology at Imperial College London, highlights this in a note: “Our study shows the tremendous benefit vaccines have had in reducing Covid deaths worldwide. As the focus has shifted to the pandemic, it is important that we ensure that the most vulnerable people in all parts of the world are protected from the continued spread of the disease… Ensuring equitable access to vaccines is vital, but it requires more than just donating vaccines. Improvements in infrastructure and distribution are needed, as is a coordinated effort to combat vaccine misinformation. Only then can we ensure that everyone has the opportunity to benefit from these life-saving technologies.”

- Advertisement -
Share
Facebook
Twitter
Pinterest
WhatsApp
Previous article“No to violence”: citizens unite again for peace in Ecuador
Next articleHe’s going viral on Tiktok for coming out dressed as a dinosaur and scaring a puppy