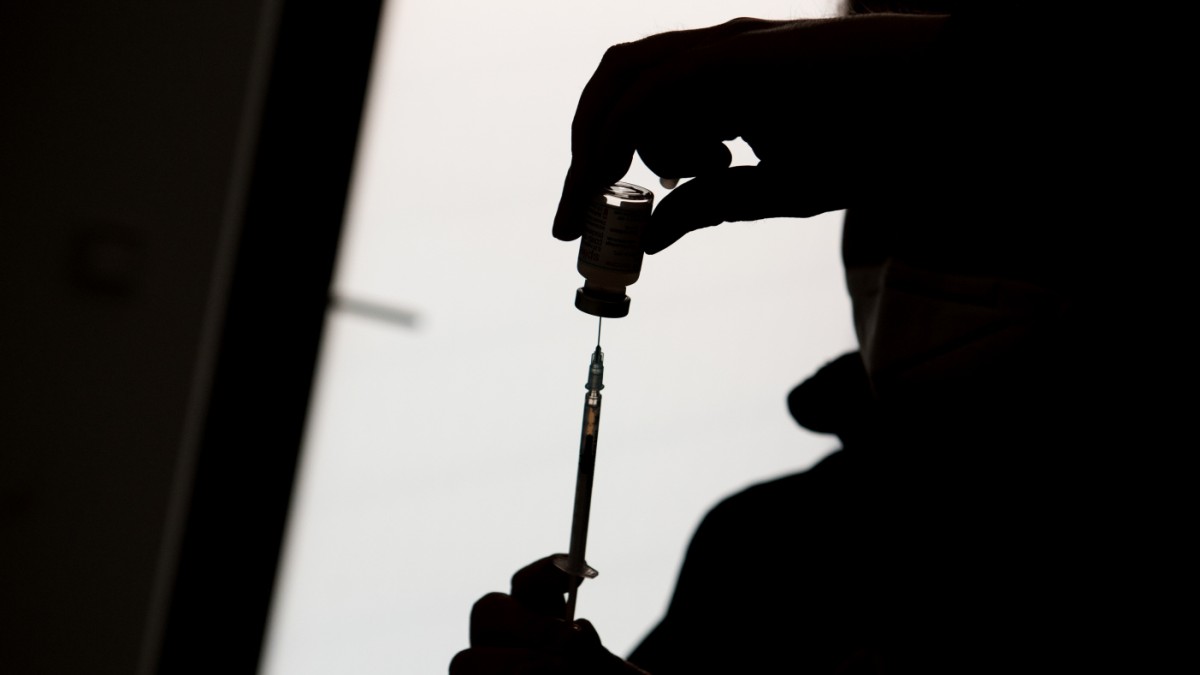 As of tomorrow, Tuesday, vaccination will be mandatory for employees of nursing homes and clinics in most federal states. This had previously been the subject of arguments for months. Elisabeth Scharfenberg, who has worked for Europe’s largest care group for two years, is also dissatisfied with the regulation.

SZ: There is a lot of criticism about the vaccination requirement for medical and nursing staff. Right?

Elisabeth Scharfenberg: It sends the wrong signal. Why go to a professional group when it is a problem for society as a whole? I am in favor of a general obligation to vaccinate, also limited in time, for example to two years.

The obligation to vaccinate affects not only the nursing staff, but all employees of the facilities.

It’s only right that the people involved in cleaning, administration and technology are also involved. But what about relatives and visitors? In general, contagion occurs in many places, not only in institutions.

There is no political majority for a general obligation to vaccinate. Although it was introduced in Austria, it was immediately discontinued again.

I didn’t expect people to row so fast again. It irritates me even more how we are currently relaxing. A year ago we had a heated discussion in my district about what happens to schools if the incidence goes above 50, a nice debate from today’s perspective.

How could a general obligation to vaccinate be justified if it has been shown that vaccination does not protect against infections with the omicron variant?

But vaccination mitigates a possible course of the disease. And also, now that we have Omicron, how about four weeks from now? I know that politics very often struggles to find the lowest common denominator. But to tackle the pandemic seriously, you need to think big.

Scientists also consider omicron to be less dangerous and therefore the current high incidences are justifiable.

That may be true, but it’s a risky game that leaves significant damage in its wake. Especially in older people, vulnerable and with previous illnesses.

Isn’t that just talking about mandatory vaccination in the facilities where many of these people live?

One could argue that. The question remains what is the use of a compulsory vaccination that in the end is only on paper. Health authorities are not in a position to monitor compliance. And there are disorders in the institutions: colleagues are released, long-term employees are fired. This is a serious turning point in the lives of these people.

Doesn’t that also apply to those who need care and patients who become infected because they come into contact with unvaccinated staff?

Absolutely. I would also have a strange feeling lying down in a clinic, and the nurse who treats me is not vaccinated. It is true that vulnerable groups need to be protected, and compulsory vaccination related to establishments could perhaps be the beginning. But it’s just a patch, nothing more.

What is the vaccination rate in Korian, market leader in care throughout Europe?

Among nurses it is 90 percent. I do not have more precise figures related to the facilities because, as director of the foundation, I am not involved in the day-to-day.

Last became several Scandals in privately run public houses: completely abandoned residents and scandalous working conditions in Schliersee, in Augsburg, but also in France. What do you think? Korian is also a private company.

Even during my political time in the Bundestag, I never saw things in black and white. According to the motto: private is bad, municipal providers or welfare organizations are good. If the private ones really took such poor care of the residents, their facilities would be empty. The same applies to the staff: no one is forced to work there. We need the private ones, they provide a little more than half of the care in Germany.

How do you explain these terrible conditions?

For me, this is primarily a question of leadership. A culture of honest and open error is needed so that employees do not have to fear retaliation if they make complaints.

In addition to extensive audits, Korian also has its own reporting system. Management wants to know if something is wrong somewhere. It is an open culture. But I wouldn’t go based on whether the sign at the entrance to the facility says Korian, Diakonie, or Caritas. The decisive factor is: How does the management of the respective institution deal with it? Are you open to conversations? Good nursing always has to do with good leadership.

Isn’t that the compelling economic logic of lower costs and higher returns? This way you save on personnel, food and hygiene.

I don’t think it’s reprehensible to make money carefully. A doctor or a bathroom fitter also earns money. It becomes problematic when a company does not reinvest anything, especially in the management and training of employees. It’s different with Korian. The company has even created a foundation, the “Korian Foundation for Care and Aging Gracefully”, which operates independently and aims to promote care as a whole with projects.

Experts point out that despite the shortage of nurses, there are also excellent facilities. Why is there so little talk about these headlights?

There is a lot of competition in nursing. No one likes to talk about others, for better or for worse. I’m sure beacons are well known within the industry. However, much does not penetrate to the outside. That needs to change. Not only is nursing a great job, but most of the residents are very satisfied there as well.

- Advertisement -
Share
Facebook
Twitter
Pinterest
WhatsApp
Previous articleOligarch’s £5m mansion in central London occupied by squatters waving the Ukrainian flag from the window
Next articleIn the footsteps of the “Seven” .. 17 new Russia in the crossfire of Japanese sanctions