Corona up to date: Many criticisms of the new Corona law – Politics 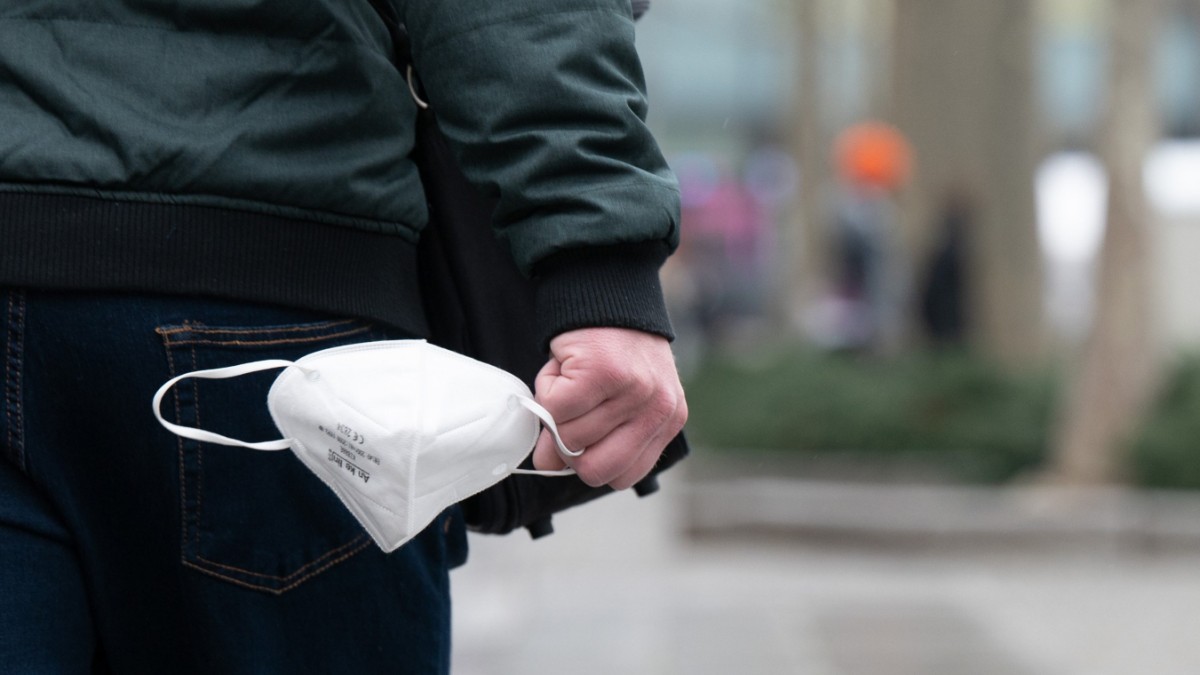 In view of the continuing critical corona situation, more and more experts and politicians are warning that protective instruments such as the obligation to wear masks indoors will no longer be used. For example, SPD chairwoman Saskia Esken said: “Even in the new Infection Protection Act, we need adequate basic protection that applies equally everywhere. This includes masks and 3G in local and public transport.” long distance, as well as masks in retail. The federal states have to focus on local infection events in order to be able to react with further measures.”

Virologist Melanie Brinkmann agrees. It is still “absolutely important” to avoid infections, the professor at the Helmholtz Center for Infection Research told a hearing in the Bundestag. But many are “of the mistaken assumption that the summer will be relaxed.” Baden-Württemberg Health Minister Manne Lucha (Greens) called the planned lifting of the mask requirement “absurd”. Lower Saxony’s Deputy Prime Minister Bernd Althusmann (CDU) calls for the corona relaxation plan to be reviewed: “Anyone who relaxes almost everything in this situation is not acting responsibly.”

On Wednesday, the Bundestag will discuss the changes to the Infection Protection Act in first reading and two days later decide on the corresponding draft by Health Minister Karl Lauterbach (SPD) and Justice Minister Marco Buschmann (FDP). Most nationwide corona requirements should no longer apply before March 20. Lauterbach and Buschmann propose a significantly reduced basic protection for all of Germany. The draft still establishes a mask requirement in nursing homes, clinics, and local transportation, and a test requirement in homes and schools. The mask requirement on long-distance trains and planes must also remain nationwide. Then the federal states must decide if and where stricter rules should be applied to contain or prevent corona waves.

A representative of the German Hospital Society explained that operations at the clinics are far from normal at the moment. He referred to a high level of sick leave among staff. Plannable interventions would have to be postponed even further. A representative from the Science and Education Union (GEW) said the draft had so far only represented a trial offer for schools. However, chances would still be needed to issue skin deals locally. Several experts referred to legally unclear provisions for state parliaments in the planned regulations on corona hotspots.

Bonn virologist Hendrik Streeck, for his part, told the hearing that the pandemic was in another phase. There is an unprecedented number of infections, but the burden on clinics has been decoupled from this. With better weather in summer, a decrease in the number of infections can be expected. This is “a good time to prudently reduce measures” and get rid of those whose effectiveness has not been clearly proven. He mentioned access rules like 2G and 3G. (03/14/2022)

The value of incidence at the national level continues to increase

The Robert Koch Institute (RKI) reports 92,378 new infections in 24 hours. Overall, the number of confirmed infections in Germany exceeds 17.2 million. The seven-day incidence nationwide rises to 1,543 from 1,526 the day before. Another 19 people died in connection with the virus. This brings the number of reported deaths to 125,590.

However, the figures are only of limited importance. Experts assume a large number of cases are not recorded in the RKI data. Testing capacities and health authorities are stretched thin in many places, contacts are only traced to a limited extent. That’s why we use SZ Corona Dashboard to display an average value of reports from the last seven days, which is intended to compensate for day-to-day fluctuations. You can find more information about it on the transparency blog, more data and graphs about the pandemic here. (03/14/2022)

The obligation to provide evidence ends almost everywhere in France

France is abolishing corona access restrictions almost everywhere this Monday. Proof of vaccination, recovery, or a negative test is only required when visiting nursing homes, health centers, and facilities for people with disabilities. In addition, masks are no longer necessary almost everywhere: protection should only be worn on local and long-distance public transport.

A kind of 2-G rule has been in force in France since mid-January, for example to be able to visit sports facilities, museums, cinemas or restaurants. Two weeks ago, the government already lifted the mask requirement for numerous places with restricted access.

At the beginning of the year, the number of infections in the country of 65 million people had reached record levels. The seven-day incidence, that is, the number of new infections per 100,000 population in one week, was around 3,800. More recently, the value was just over 600.

Faced with a resurgence in figures, Prime Minister Jean Castex recommended in the newspaper the parisian The elderly and people with pre-existing conditions continue to wear a mask indoors and in gatherings. He also announced that people over the age of 80 can now receive a fourth dose of the corona vaccine if the third vaccination was more than three months ago. (03/14/2022)

In the worst corona wave in China since the start of the pandemic more than two years ago, the number of infections continues to skyrocket. The Health Commission reported a daily record of more than 3,100 cases in 19 regions on Sunday. The authorities are reacting with mass testing, transport restrictions, curfews, and the closure of schools and universities. Makeshift hospitals with thousands of beds have begun to be built in various cities to isolate those infected. Three weeks ago, only a few dozen infections per day were reported.

The 26 million inhabitants of Shanghai and the nine million of Qingdao were asked not to leave the port metropolises as much as possible. Anyone who still has to travel absolutely must present a negative corona test from the last 48 hours, similar to all travelers upon arrival. A lockdown was already imposed on the nine million-strong metropolis of Changchun in the northeast on Friday. Only one person per household can leave the apartment every other day to go shopping. In the south, in Guangdong province, the megacities of Dongguan and Shenzhen are also affected.

The recent corona wave caused by the rapidly spreading omicron variant is the biggest challenge to the strict zero-Covid strategy of the most populous country. After the outbreak of the pandemic in Wuhan, in central China, where the first infections were discovered worldwide in late 2019, the authorities brought the infections under control in the spring of 2020 with radical measures. The country was also isolated.

Anyone allowed to enter the country must quarantine for three weeks. Life and the economy largely returned to normal. Outbreaks have been limited, most of which have been successfully responded to with lockdowns, mass testing and quarantine. Among the new cases reported on Sunday, 1,315 were asymptomatic. The experts explained it with the omicron variant, in which the infections also progressed without major symptoms. (03/12/2022)

Despite the rising number of infections, in a week from the beginning of spring, looser corona rules should apply at companies in Germany. The draft regulation of the Federal Ministry of Labor establishes that the employers themselves must assess the risk of the virus and define the appropriate measures in a concept of business hygiene. The draft is available to the German Press Agency.

Until March 19 inclusive, employers are still required to offer tests at their companies at least twice a week. Where other measures do not provide sufficient protection, there is currently also a mask requirement. In addition to these regulations, the company’s 3-G regulation applies, according to which employees must carry proof of vaccinations, convalescence or test certificates. The home office is mandatory if the type of work allows it. The new regulation is expected to be approved in the cabinet on Wednesday. (03/12/2022)