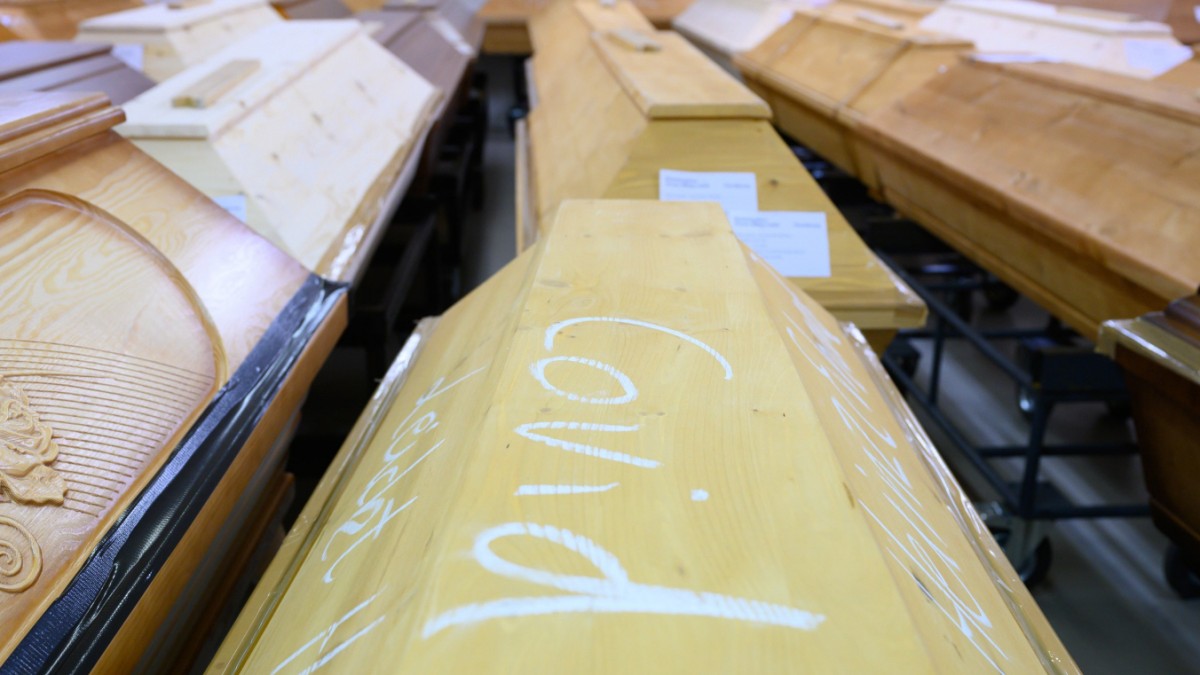 Just a few days ago one of these sad milestones was reached again: the number of people who, according to official figures, died from or with the coronavirus exceeded six million. As gigantic as this number is, it does not reflect the full scope. On the one hand, because the official statistics are not reliable everywhere and, on the other hand, because this figure does not take into account the possible indirect consequences of the pandemic: heart attack patients, for example, who could not be treated in time in overcrowded clinics. Children who became victims of other infectious diseases because they were not vaccinated.

An international research team has now published in the journal lancet estimated how many lives the pandemic has actually cost. According to his analysis, three times as many people around the world died as a result of the pandemic than was officially reported. From January 2020 to the end of 2021, 18.2 million people died. Only 5.9 million deaths were officially recorded for this period.

Researchers led by Haidong Wang of the Institute for Health Metrics and Evaluation at the University of Washington focused their work on excess mortality. So, they looked at how many more people had died in total than one would have expected based on past years. They had detailed data from 74 countries. They tried to fill in the missing data with statistical models, which included numbers on corona infections, tests, immunity and other diseases.

Fewer people died in some countries than in previous years

The analysis also shows very large differences between individual countries. On average around the world, about 120 people die for every 100,000 inhabitants. But for Bolivia, the sad leader of the analysis, 735 deaths per 100,000 were determined. There were 647 deaths per 100,000 population in Bulgaria and 635 in Swaziland, Africa.

By contrast, according to the estimate, slightly fewer people died in Iceland, Australia, New Zealand, Singapore and Taiwan than in previous years. The authors cannot give precise reasons; but it is likely that the strict protection measures against Sars-CoV-2 have also prevented other health problems such as the flu, traffic accidents and particle pollution.

According to the analysis, the death rate in Germany was 121 per 100,000 inhabitants. According to this, 203,000 people died as a result of the pandemic at the end of last year, almost double what official statistics indicate.

All reports on the current situation in Germany and around the world, as well as the most important news of the day – twice a day in the sz in the morning and SZ in the afternoon. Our Newsletter brings you up to date Free registration: sz.de/morgenabend. In our news app (download here) You can also subscribe to the newsletter or breaking news as a push message.

Researchers cannot say how many of the world’s casualties are directly attributable to the coronavirus and what proportion are due to indirect causes. “We don’t have enough information for most places,” says lead author Haidong Wang. In addition, there seem to be big differences between countries: “Studies from some countries like Sweden and the Netherlands suggest covid-19 was the cause of most excess deaths,” Wang said. In contrast, data from Russia and Mexico indicate that a significant proportion of excess mortality cannot be attributed to Sars-CoV-2 infection.

The study also highlights how patchy Covid statistics seem to be in some countries. In several African countries, excess mortality deviates from officially reported figures by between 80 and more than 100 times. Such a large difference can only be explained by massive underreporting of the number of coronavirus deaths, the authors write.