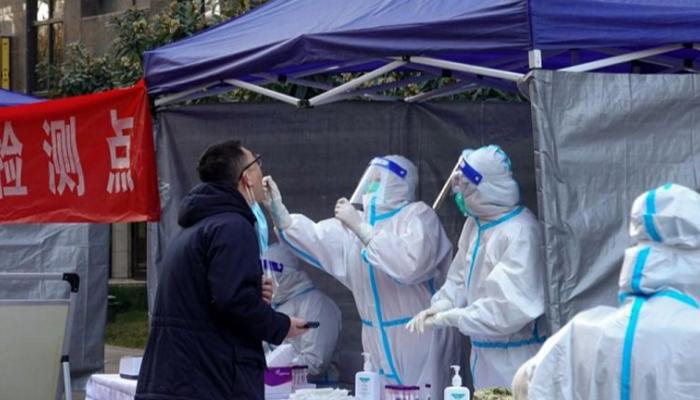 China recorded a higher number of local infections with corona symptoms, more than was recorded in all of 2021.

The mutated Omicron strain of the Corona virus has caused outbreaks in many areas, from Shanghai to Shenzhen.

This brings the total this year to more than 9,000 injured, compared to 8,378 injured in 2021, according to “Reuters” calculations.

And China’s National Health Committee announced that mainland China recorded 1,437 new confirmed cases of the Corona virus on Sunday, compared with 1,938 the day before.

And China registered 906 new infections that showed no symptoms, compared to 1,455 the day before. China does not classify these cases as confirmed cases.

Thus, the Chinese mainland had registered, as of Sunday, 116,902 confirmed cases. No new deaths were recorded, keeping the number constant at 4,636.

On Sunday, China imposed a home quarantine on millions of people, after 3,393 new corona cases were registered, in a record daily figure since the start of the pandemic.

Authorities are rushing to cordon off outbreak hotspots, amid public frustration with lockdown measures.

Faced with the high number of injured across the country, authorities closed residential neighborhoods in Shanghai, China’s most populous city, including schools, businesses, restaurants and shopping malls.