Corona in France.. Abolition of the mandatory muzzle circular and vaccination certificate 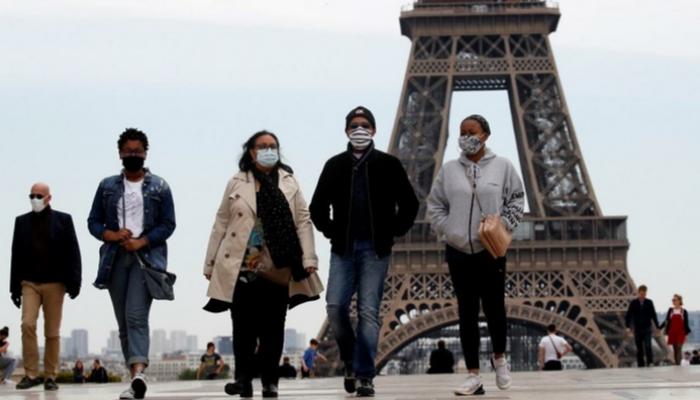 On Monday, France lifted most of the restrictions it had imposed to combat the coronavirus, amid calls for caution over the “return” of the epidemic.

It is now possible to enter cinemas, theaters, restaurants and exhibitions without presenting a vaccination certificate, or to walk in the corridors of schools and stores with your face uncovered without wearing a mask.

But the muzzle is still mandatory in transportation and health care institutions, and companies can decide to muzzle their employees.

The Ministry of Education also “strongly” recommended that those who had contact with the injured place the muzzle “in closed places for a period of 7 days.”

The health certificate is still required by presenting the vaccination certificate or a negative test for the virus in health institutions and nursing homes.

It is noteworthy that at the beginning of March, when the government decided to relax the measures to combat the epidemic, the fifth strong and long wave of the spread of the virus was experiencing a clear decline, but in recent days this is no longer the case, since the number of infections began to rise again in France, with the rate of infections reaching, on Sunday, for the last seven days, more than 65,250 injured, compared to 50,646 in the previous week.

“We still have to wait a bit to see if this trend strengthens, but in fact we see the same at a European level,” Yazdan Yazdanbana, head of the infectious diseases department at Bisha Hospital in Paris, told France Inter.

The scientific council member points to “three reasons” for the high number of infections: the presence of the slightly more contagious BA2 subvariable, “the reopening of schools” after a holiday, and “perhaps people are lax in implementing prevention rules, which is very normal.”

He recalled that “80% of the people” are already vaccinated, and that “a large percentage of the population has contracted the virus, and this immunity will most likely protect us, at least in terms of hospitalization.”

In the most pessimistic scenario, the French Pasteur Research Institute estimated, this Thursday, that the peak of infections “could exceed 100,000 injured per day in March”, a high figure, but “very low compared to the peak recorded in January “.

Scientists call on everyone to continue applying preventive measures.

On Tuesday, the head of the Paris Hospitals Committee, Rémy Salomon, said on Twitter: “It is too early to turn the page on Covid, even if we really want to! We must remain vigilant.”

The government decided to start administering the “fourth dose of the vaccine to those over 80 years of age” and “strongly recommended that people who are weak due to age or illness continue to use the muzzle in closed places and large gatherings.”