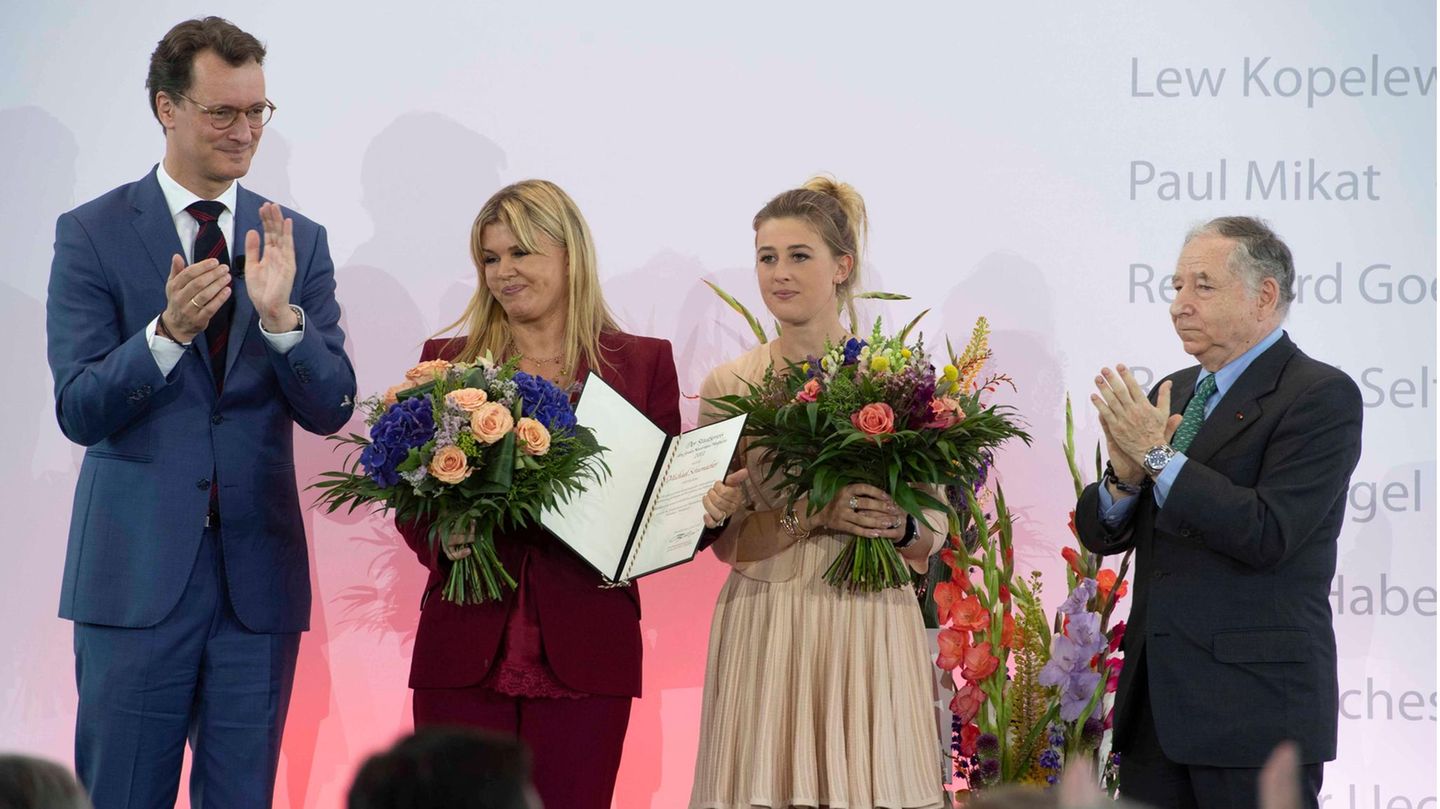 Michael Schumacher, 53, received the state prize from the state of North Rhine-Westphalia on Wednesday, July 20, 2022. His wife Corinna, 53, and daughter Gina-Maria, 25, traveled to Cologne to accept the award at Motorworld. Jean Todt, 76, delivered the eulogy. The former president of the FIA ​​World Automobile Association was himself a racing driver and Michael Schumacher’s team boss at Ferrari. Prime Minister Hendrik Wüst, 47, presented the award.

According to the NRW State Chancellery, the Prime Minister of North Rhine-Westphalia explained in his speech: “Michael Schumacher has shaped motorsport like no other before and after him.” Wüst continued: “Today we pay tribute above all to Michael Schumacher beyond the races and the spotlight: a person who has a big heart and for whom it was always important to think of others.”

Jean Todt made a similar statement. “With seven world titles, Michael is, along with Lewis Hamilton, the most successful racing driver in the long and glorious history of Formula 1. He is an icon of his sport,” he explained. He also praised Schumacher’s “outstanding charity streak”.

Michael Schumacher is the 58th winner of the State Prize of the Land of North Rhine-Westphalia. The former racing driver was the victim of a serious skiing accident in December 2013. Since then, he has been in medical rehabilitation. There is no information on his condition.

The NRW State Prize is the state’s highest honour. It is awarded once a year to exceptional personalities.

Previous articleWar in Ukraine: Lavrov threatens to seize more territory
Next articleCarlsen renounces the throne of the World Chess Championship