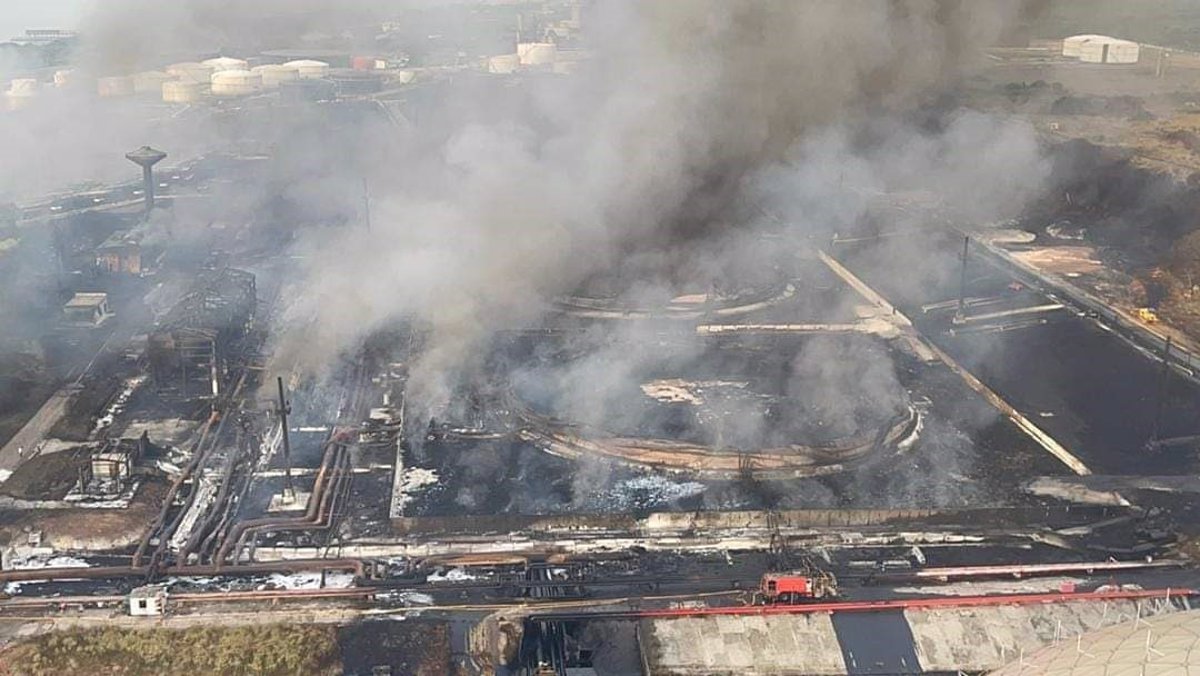 The fire at the supertanker port in the Cuban city of Matanzas was brought under control this Wednesday afternoon, reducing the risk of the fire spreading to other fuel tanks, according to local authorities.

“The fire is under control, the flame is no more than a meter long, there is no risk of it spreading, we have three confrontational fronts and we will sustain them,” the Matanzas Fire Department reported on its Twitter account.

But although the risk of the fire spreading has been mitigated, work is still underway to extinguish small outbreaks and cool the tanks, according to Cuban newspaper Gramma.

Likewise, the column of smoke caused by the fire has lost height and is no longer visible on satellite images. Matanzas authorities are monitoring air quality in the west of the island and have already ruled out that the water around the port has been contaminated.

Cuban President Miguel Díaz-Canel had warned an hour earlier that the fire that struck fuel tanks in the Cuban city of Matanzas, caused by a lightning strike, was still “dangerous” and urged the population “not to trust” because he did pointed out “that there are still a few days of work to do”.

“My hugs and deep respect to those who are fighting there,” said the Cuban President in a message circulated through his Twitter account.

Authorities have also confirmed that the water supply and the efficiency of the containment levees are preventing the flames from spreading to a second tank battery, although the first three have completely collapsed as a result of the fire.

The government continues to keep the preliminary death toll at one, while another 14 people remain missing and five of the 20 hospitalized patients are in critical condition.

Previous articleInstead of 9.99 euros free: this application turns your mobile phone into a remote control
Next articleWhat does “nice to have” mean?