Construction of the first experimental oxygen production payload on the Moon 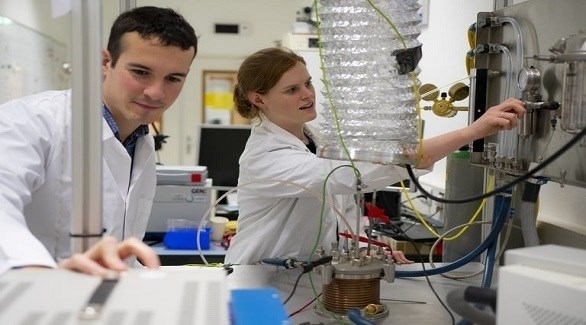 The European Space Agency has announced that it has selected a team to produce oxygen on the Moon. The team will lead aerospace manufacturer Thales Alenia Space to design and build an oxygen-generating payload from lunar soil.


And since the Moon has no atmosphere, future explorers will need to bring everything they need to stay with them. But getting oxygen into space using rockets isn’t efficient, so astronauts would be better off finding ways to produce what they need in the places they explore. This principle is called on-site resource utilization, and it’s a key idea for future missions. . the Moon and Mars.

The moon payload will be designed to create between 50 and 100 grams of oxygen from the dusty material that covers the moon, called regolith, and the goal is to extract 70% of the available oxygen in the sample over a 10-day period. . This is the time limit because you will need to operate within the available solar window on a lunar day, which takes about two weeks.

Previous experiments and concepts have shown that it is possible to extract oxygen from lunar regolith, which consists of approximately 40-45% oxygen by weight. The challenge now is to create a workable system within the limitations of size and materials.

“If the team can meet this challenge, the technology has the potential to enable future manned lunar missions, and being able to extract oxygen from moon rock, along with usable minerals, will be a game changer for lunar exploration,” Baines said.