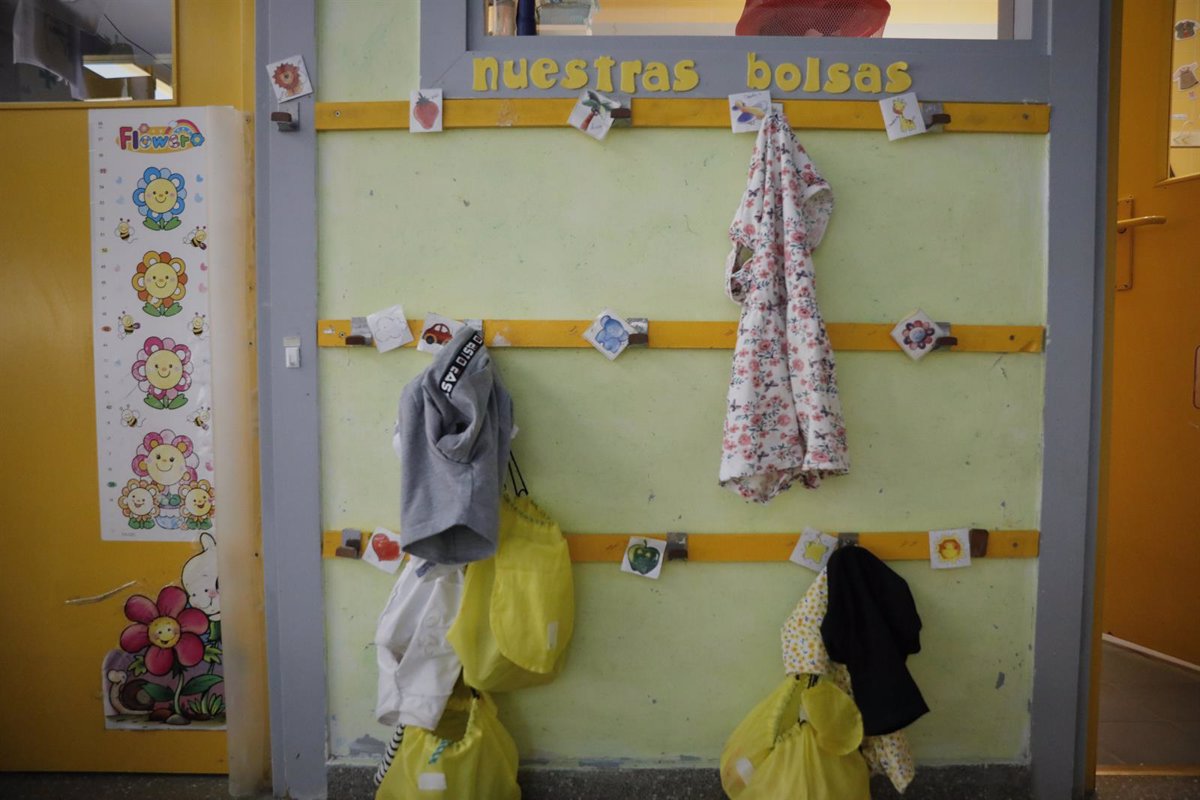 The plenary session of Congress has approved a PSOE non-legislative proposal that includes an amendment by Podemos calling for reducing classroom quotas, generalizing public education from 0 to 3 years and addressing mental health issues To take care of. The initiative was carried out with the support of PSOE, Unidad Podemos and several of their parliamentary partners and was opposed by PP and Vox.

In this way, the text finally approved calls on the government to “promote a framework in support of the autonomous communities to reduce the teacher-pupil ratio, strengthen the mechanisms to support the strategy of expanding education 0-3 ownership to meet and guarantee the necessary mental health care”.

It also urges the executive, in cooperation with the autonomous communities, to “continue to strengthen the backbone of public schools as the network that fully guarantees the right to education”.

To this end, she calls on the government to increase funding for education, to expand the range of supplementary and extracurricular activities in the educational offer “for the comprehensive education of pupils”, as well as to strengthen the creation of integrated educational centers that cover all school levels, from early childhood education to high school and to “increase the human and material resources in ordinary centers to be able to attend diversity and pupils with special educational needs in the best conditions”.

In addition, the text points to the need to “promote the professional development of teachers and the teaching profession” and to ensure compliance with all admission criteria and a balance in the heterogeneous training of students between the different educational centers.

This non-legislative initiative calls on the government to strengthen the intervention of families, teachers, students and the educational community as a whole in the management and control of public centers through the collegial governing and participatory bodies contained in LOMLOE.

During the debate on the initiative, Socialist parliamentary group deputy María Luz Martínez Seijo has warned that the situation in the Autonomous Community of Madrid with public education is “nonsense”, and Popular Party deputy Óscar Clavell López has responded to LOMLOE, known as “Celaá Law” is a “true grotesque”.

For the Socialist MP, public education has been “abandoned” by the autonomous government of the Autonomous Community of Madrid. “Madrid is the most dramatic case, but the right-wing mistreatment of public education is generalized wherever it governs. They preach a lot of freedom, but freedom of education is conspicuous by its absence when it comes to public schools,” he said.

At this point, he pointed out that in an autonomous state, “compliance with organic laws must also be guaranteed and no interested interpretations of applicable regulations may play”, as he believes happened with orders in Madrid, Murcia or Andalusia, which promoted that to continue the LOMCE model that allows schools to select students and not vice versa”.

Faced with these allegations, the People’s MP accused the government of turning education “into a social engineering laboratory and an indoctrination factory” and also stressed that there were “26.3% dropout rates, 17 models for access to different universities and that which LOMLOE prevents the same parents from choosing one public school or another”.

- Advertisement -
Share
Facebook
Twitter
Pinterest
WhatsApp
Previous articleWho Is Vivian Jenna Wilson, Elon Musk’s 18-Year-Old Transgender Daughter Who Doesn’t Want To Be Tied To Her Dad
Next article“It was two minutes without breathing”: the heartbreaking story of the rescue of a swimmer who fainted in full competition