Congo takes the only thing left of its national hero Patrice Lumumba from Belgium: a tooth 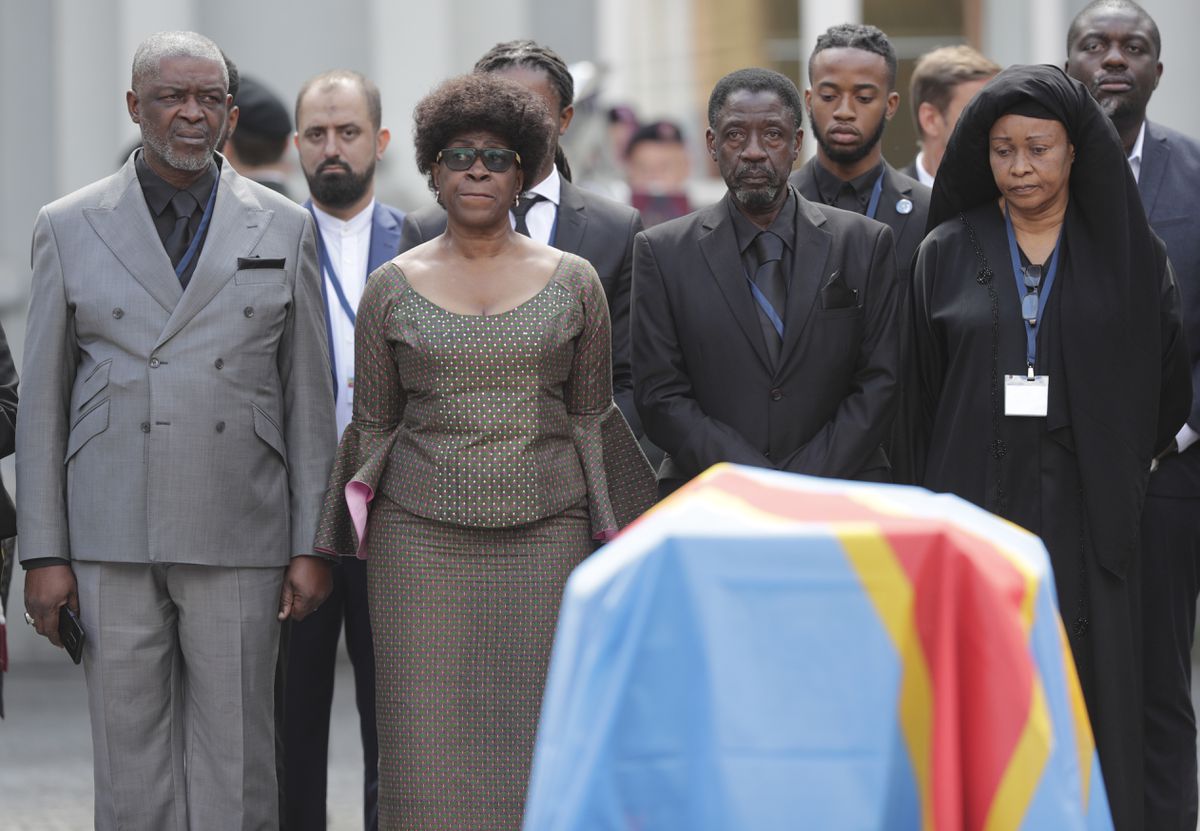 Belgium had been the metropolis of the colossus, now the Democratic Republic of the Congo (DRC), since 1884, a colonization that culminated in an assassination attempt and a drunken whim. On January 17, 1961, Prime Minister Patrice Emery Lumumba, overthrown in a coup d’état sponsored by Belgium and the CIA – who blamed him on communist whims – was executed in a forest in the eastern Katanga region. However, the plan to cover the trail of the crime did not work out at all. A Belgian gendarme, Gérard Soete, while completely drunk, pulled two teeth out of the corpse “as a hunting trophy,” he confessed in 1999, before dissolving it in sulfuric acid. One of these two teeth, the only thing that is left of Lumumba, came by plane in a coffin to the Congo this Wednesday. The tooth will now tour the country on a journey culminating in his funeral on the 30th, the 62nd anniversary of the Democratic Republic of the Congo’s independence, at a mausoleum in Kinshasa.

The return of this piece of tooth was “a relief” for the family and “for the Congolese people” who “can finally mourn,” explains Jean Jacques Lumumba, the leader’s great-nephew, over the phone from Paris. But this gesture, more than half a century after the assassination, is “insufficient”. “It is necessary for the judiciary to solve this heinous crime and end impunity in Congo,” says the Congolese leader’s relative.

The return of the only remains of Patrice Lumumba – by Belgian federal prosecutor Frédéric Van Leeuw in Brussels on Monday – is part of Belgium’s attempt to heal the wound of a colonization that has killed between five and 10 million people in a population of 20 Millions, according to various studies. They died of slavery, forced labor, and disease; for torments like the amputation of hands and feet, or for experiments like the one in which Congolese injected with arsenic were blinded.

However, the will to open this page of his story met with resistance from the Belgian authorities, who issued unequivocal apologies. The reason —according to media such as the Belgian newspaper south info– is that a clear apology “could cost Belgium billions”, alluding to possible lawsuits against the state that could result from taking full responsibility for such atrocious acts. Jean Jacques Lumumba confirms that his family filed a war crimes complaint in a Brussels court in 2011, which remains unfounded. It accuses the Belgian state of “participating in a plot” to eliminate the Congolese leader. The prime minister’s nephew also alludes to another limit to Belgium’s will to make amends for the atrocities of colonization: Belgium has “still not declassified numerous documents” about the assassination.

Belgian authorities have limited themselves to acknowledging a “moral responsibility” for colonial-era abuses, including the Lumumba crime. Prime Minister Alexander de Croo used the phrase during Monday’s tooth-giving ceremony, where he apologized while describing Belgium’s role as a passive witness. “It is possible that the Belgian ministers, diplomats, officials or military had no intention of having Patrice Lumumba assassinated, no evidence was found (…) They preferred not to see it. They decided not to act,” he said.

King Philippe of Belgium, who visited the Congo in early June, made a similar statement. In a letter to Congolese President Félix Tshisekedi, the monarch expressed his “regrets” at the colonization, but did not apologize. Nor did he take Lumumba’s tooth to give to the family, as he was expected to do. The sovereign returned another, far less controversial, loot: a Congolese mask previously on display at the Royal Museum of Central Africa in Tervuren.

Numerous investigators have argued that Belgium’s role in Lumumba’s crimes was not mere accomplice. in the Congo, an epic story, David van Reybrouk it reflects how Brussels and the US bought a traitor to put Lumumba in power, accused of his lack of meekness and alleged communism. That traitor was Congolese chief of staff Joseph-Désiré Mobutu, then dictator of the Congo between 1965 and 1997. Lumumba was overthrown in September after Mobutu’s coup and was handed over by Belgium to Katanga authorities, who had already threatened to kill him. Brussels had also bought wills in that region to force its secession from independent Congo and to continue plundering its minerals. The pilots who flew Lumumba to Katanga were Belgian; The members of the firing squad were Congolese, but the order to shoot was given by a Belgian officer. The gendarme Soete who pulled the tooth was Belgian.