Conflict, climate and Covid: “the 3 Cs” that have brought 49 million people in the world to the brink of starvation 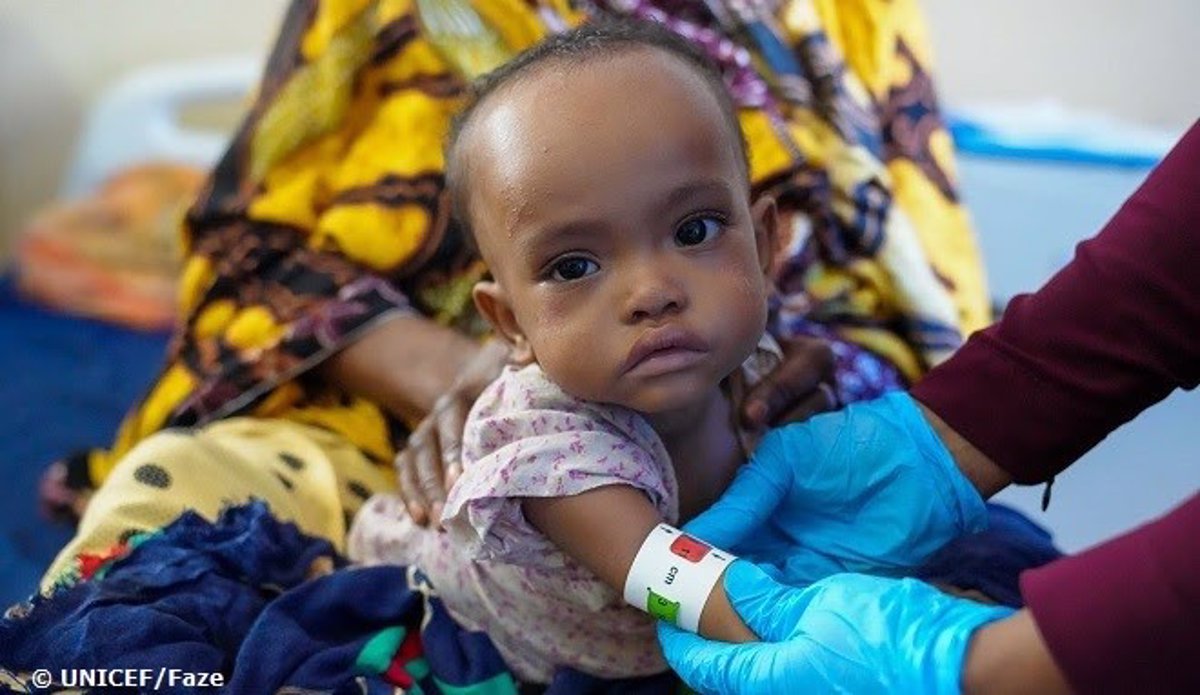 UNICEF Spain, Oxfam Intermón, Save the Children and Action Against Hunger launch an urgent appeal against the food crisis

UNICEF Spain, Oxfam Intermón, Save the Children and Acción contra el Hambre have made a joint appeal calling for “urgent, decisive and collective” action to prevent the deaths of 49 million people, more than the entire population of Spain , in the face of the imminent threat of global famine, exacerbated by “the 3 Cs”: conflicts (like that in Ukraine), the climate crisis and COVID-19.

The alarm call from these four international humanitarian organizations comes on the eve of the G7 meeting in Berlin, Germany, which will take place on June 26-28. Indeed, the call calls for action to be spearheaded by governments of high-income countries, multilateral agencies and financial institutions to halt a “humanitarian catastrophe of unprecedented proportions.”

As the NGOs denounce, malnutrition and lack of food have already put some 181 million people around the world at extreme risk, of whom some 49 million are on the brink of starvation. Although the crisis is global and there are affected populations in different parts of the planet, the situation in the western Sahel and the Horn of Africa is particularly dramatic.

In the western Sahel (particularly Nigeria, Niger, Burkina Faso, Chad and Mali), the number of people in need of emergency food assistance increased fivefold from 7 million in 2015 to 38 million in 2022. Meanwhile, the Horn of Africa (mainly Kenya, Ethiopia and Somalia) is suffering from its longest drought in 40 years and 23 million people are suffering from extreme hunger.

NGOs stress that these figures are more worrying in the case of children under five and women, who are most vulnerable to this type of crisis. As an example, they point out that the growing world food crisis has meant that in the 15 hardest-hit countries, most of them in the Horn of Africa and the western Sahel, the number of children suffering from severe acute malnutrition has increased by 260,000 more children (1 child every minute) since the beginning of this year, reaching nearly 8 million.

In Somalia alone, 350,000 boys and girls could die this summer if left untreated, while in the Sahel a total of 6.3 million will suffer from acute malnutrition, a 28% increase from last year, the NGOs denounce recall that before the start of the war in Ukraine in February the context was “already very serious”, but the conflict and the subsequent refugee crisis in Europe only exacerbated it.

In addition to the disproportionate increase in the price of fuel and staple foods, as well as supply disruptions, many countries are heavily dependent on imports from Russia and Ukraine. In particular, 14 low- and middle-income countries, already experiencing high levels of hunger and debt, import more than 50% of their wheat from this region of the world (Eritrea 100%, Somalia 92%, and Yemen almost half).

In addition, they point out that part of the humanitarian funds for emergencies such as those in the Sahel, Syria or Yemen – which were already underfunded – are being diverted to give priority to the situation in Europe, which they consider that there “It is necessary to act immediately on the causes and if help is delayed or not at all, the number of malnourished people in the world will increase in 2022 and 2023 and millions of children will remain untreated for severe acute malnutrition,” she said is in danger”.

“We are not facing a food shortage crisis; we find hunger being used boldly as a weapon of war. Letting millions of people around the world die of hunger and allowing big companies to find opportunities to benefit from this catastrophe is nothing but a major political failure,” said Oxfam Intermón Director General Franc Cortada.

“To date, 14 million children are at risk of starvation. It is vital that there is an appropriate response to this situation and to this challenge, a response that must come from governments in principle, but also from society and the media to prevent this crisis from becoming the biggest we are in seen for children in recent decades,” said UNICEF Spain Executive Director José María Vera.

“We are facing hunger on an unknown scale. Millions of children could lose their lives this summer due to malnutrition and lack of food. These deaths are not inevitable, they are not necessary. It is imperative that the international community mobilizes to lift the grain blockade currently in place in Ukraine,” said Save the Children executive director Andrés Conde.

“In this moment there is a ‘perfect storm’. People have exhausted their reserves, prices are very high and resilience is exhausted. It seems important to us that there is an international response. Indicators are being shot: the Middle East, Africa, even Latin America because food prices are well above what people can bear,” added Action Against Hunger Director General Olivier Longué. added.

RECOMMENDATIONS TO THE GOVERNMENT OF SPAIN

Therefore, the four organizations call on the Spanish government to consider the following proposals in order to be able to respond adequately in the short term to this humanitarian crisis of exceptional magnitude and magnitude.

Therefore, they claim to mobilize the necessary humanitarian resources to ensure access and protection of vulnerable people, especially children. With this in mind, the government is urged to increase humanitarian aid to 10% of official development assistance (ODA) in 2022 and 2023 and to channel it through the various humanitarian actors to ensure it reaches its recipients effectively.

They also call for the promotion of policies that ensure access to basic services in societies hardest hit by the crisis and adapt agri-food systems for more sustainability and resilience in the face of future crises. In this regard, it is proposed that the government support the articulation of the multilateral coordination of the response to the crisis through the Food Safety Committee, now chaired by Spain.

Finally, the four organizations extend their call for help to Spanish citizens and the media so that they can be visible and be important players in this crisis.