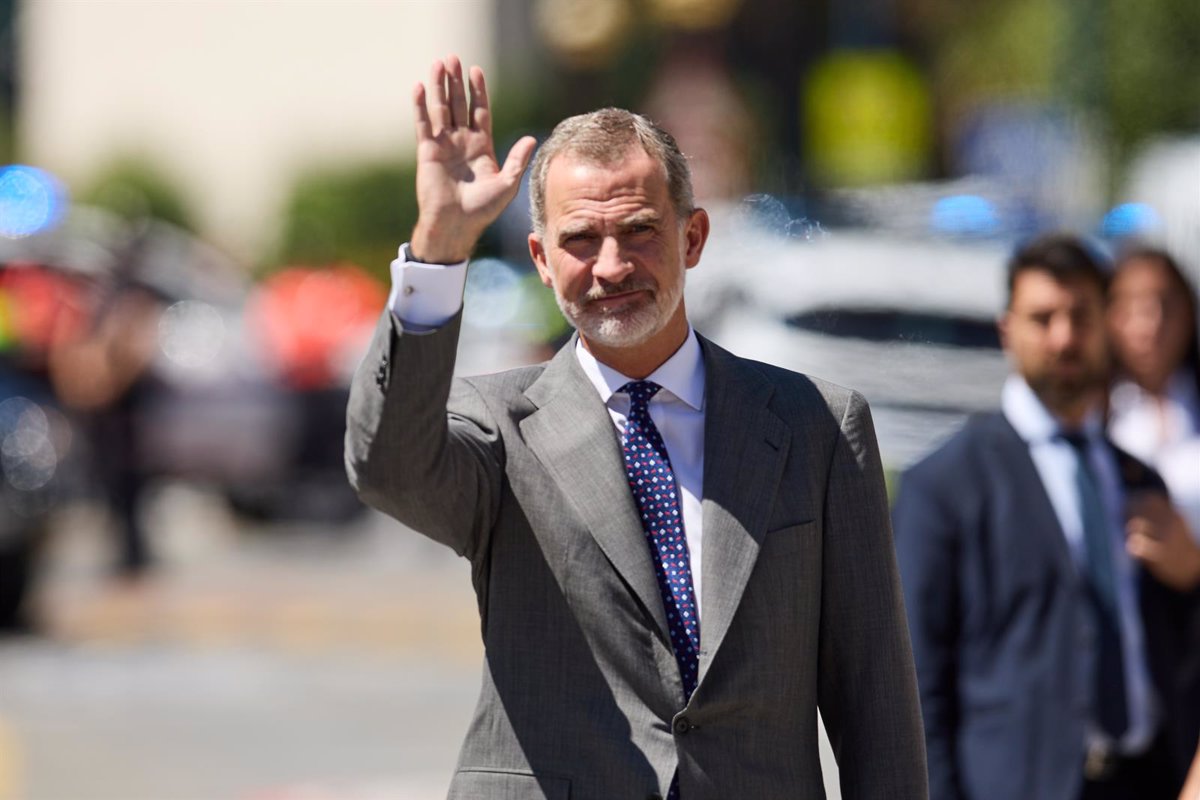 The National Court has upheld the €720 fine imposed for a crime of defamation on the man who tweeted encouragement to King Felipe VI. cutting off his neck after the monarch gave his televised address on the Covid-19 pandemic in March 2020.

The First Section of the Criminal Chamber has thus dismissed the man’s appeal against the decision of the Central Criminal Court of the Regional Court to convict him. According to the court, the content of the message published on the social network is “limited to the insult and the request to kill the king, which cannot be protected by the asserted freedom of expression”.

In a judgment accessed by Europa Press, the judges stated that “there can be no freedom of expression when ‘the line of mere criticism’ is crossed, and in this case it is greatly crossed”.

In doing so, the criminal court responded to the man’s appeal, who claimed that both the prosecutor’s charge and the verdict focused on the expression “son of a bitch” – which is considered a crime of corona insult. – and not in that of “Let’s cut your neck”, which would be part of a threatening offense anyway, but not a defamation offense for which he was convicted.

However, the judges felt that “this reductive interpretation cannot be accepted” as the full phrase contains an insult – “son of a bitch” – accompanied by others – “let’s cut his throat” and “we’ll take” — and “should be evaluated together with the previous one”.

“What is derived from the literal tenor itself is not a mere slight insult without any intent beyond a momentary explosion of anger, anger or resentment, representing the king, but an attitude of contempt for the person, for nothing beyond the Words are said or criticized that were spoken about the pandemic in the speech that triggered this reaction. This is in addition to “a social invitation or incitement to the use of force (let’s cut his neck) that cannot be justified by defending any sort of political or ideological ideas otherwise absent from his message.”

In this sense, the National Court has emphasized that the man accepts the proven facts for which he was convicted; That is, he published a tweet in Catalan saying: “Let’s cut this son of a bitch’s neck, it’s going to take us a long time”.

He pointed out that “neither the authorship nor the reality of the news published on the social network are questioned”, in which 168 people have followed him and have remained active since January 2014.

In his appeal, the defendant emphasized the number of his followers and stated that there were “just over a hundred followers”. However, the judges have pointed out that, although in this case it is “devoid of any criminal significance”, “there is no doubt that his expression on a social network multiplies the dissemination of the message, especially when it publishes it openly, ie freely will be accessible to every internet user”.

Thus, the National Court has stated that the fact that he published the message on the social network serves “to assess the seriousness of the behavior and the intention of wanting to reach as many people as possible”.

LIMITS OF FREEDOM OF EXPRESSION

On seven pages, the Criminal Chamber also recalled that – as the Constitutional Court emphasized – “Freedom of expression, in short, is not an absolute and unrestricted fundamental right, but logically, like all others, has its limits that every expression does not deserve constitutional protection.

In this sense, the judges have emphasized that “statements which are undoubtedly offensive or unrelated to the ideas or opinions expressed and are unnecessary for the expression thereof” are “exempt” from the protection of the constitution; that is, those who are “offensive or shameful in the particular circumstances of the case”.