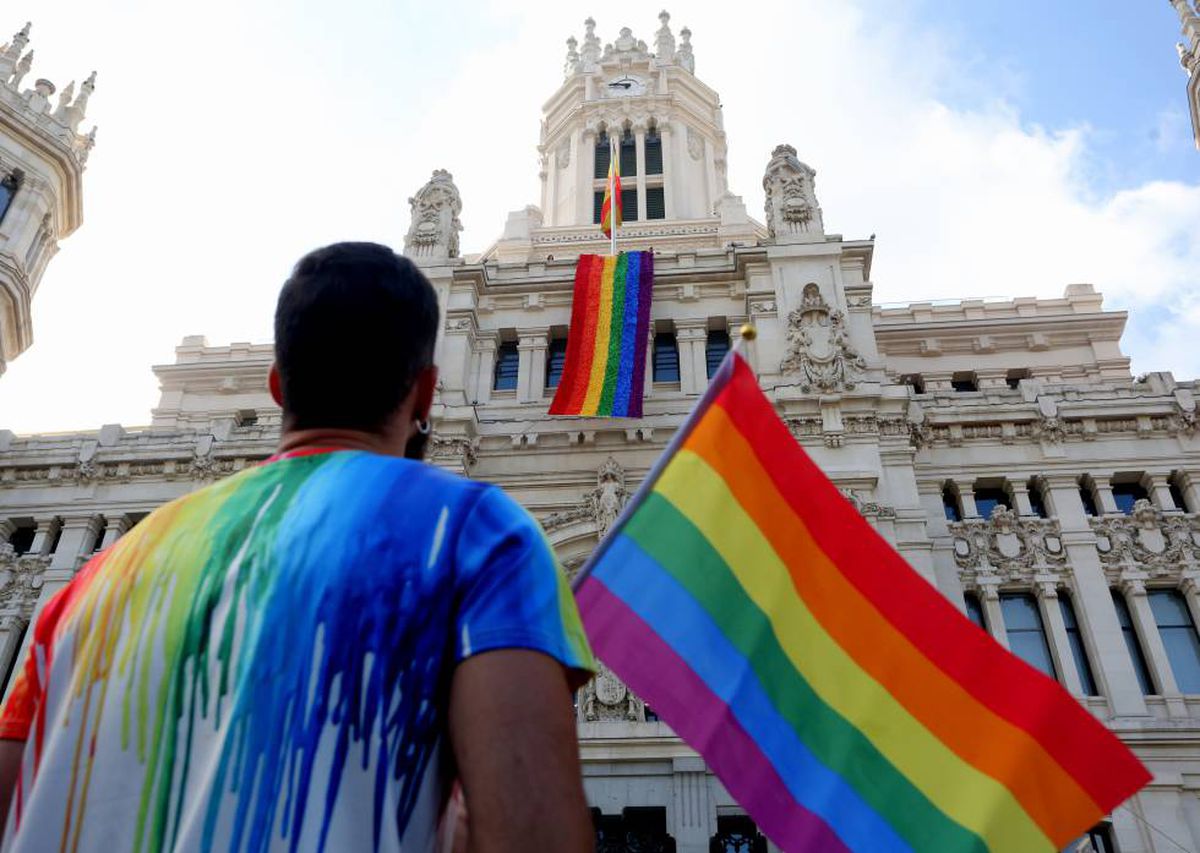 proud again. The rainbow flag again. The governing coalition of PP and citizens in Madrid City Council started in June 2019. It’s been a constant rollercoaster ride ever since. There are photo days, joint actions, smiles. And every two to three days there are amendments, disavowals in public and private, and numerous internal criticisms. The differences are palpable – and almost daily – between their two most visible faces: Begoña Villacís and José Luis Martínez-Almeida.

But if there’s one week when tension between the two leaders heats up more than ever, it’s right in the days leading up to Pride. There was not a year without rashes. The PP has never felt comfortable in this matter. According to sources of the Pride organization, at one of the meetings this year, the vernacular suggested moving the Pride event to Ifema, which is kilometers away from the center. “It doesn’t make sense,” say sources from the Association of Gay and Lesbian, Bisexual and Transgender Businesses and Professionals of Madrid and its Municipality (Aegal). “They always make it very difficult for us. We told him it wasn’t feasible, and in the end it wasn’t.”

This year, on the occasion of the NATO summit, which will be held in the capital on June 28-30, the major event has been moved to the first days of July (July 1-10). Pride is one of the events of the year in the capital, taking place in the main streets and squares of the city centre. Thousands and thousands of people from Madrid are turning to defending diversity. It puts Madrid on the world map with hundreds of thousands of visitors for seven days. The coffers are inflated. The passage of one and a half million people through the capital leaves almost 400 million euros, according to the organizers.

However, since the seizure of power by the PP and Ciudadanos in 2019, and especially with the entry of Vox into the institutions, Pride has entered constant debates and controversies that belong to the past. An example was the election campaign three years ago. The spokesman for the far-right formation on the city council, Javier Ortega Smith, said during one of the debates: “[Si llegamos al poder], we would send them to the Casa de Campo”. Weeks later, after Almeida was already in power thanks to the four Vox votes, the flag was again hung on the facade of the town hall in his first year in office, but in a different way from the previous ones.

part by part. The first time the rainbow flag hung on the facade of City Hall was in 2015 with Manuela Carmena as mayor. Four years later, during the first Almeida Pride celebration, the flag was also raised, but it is already controversial. Vox urged Almeida to refuse. In addition, the party’s official account published a message on its Twitter profile as a pressure: “We don’t climb into anyone’s bed at Vox. If Almeida wants to show that Madrid respects the rights of everyone, regardless of their sexual orientation, let him hang the Spanish flag that belongs to everyone, not that of a lobby that hates everyone who doesn’t think like them.” Santiago Abascal himself stoked that debate in an interview further antenna 3: “We believe that the flag of Spanish gays and lesbians is the flag of Spain.”

Almeida then hung the flag of Spain at the top of the facade of the town hall and on the left side and not in the middle like the rainbow flag up to then. Of course, he denied that the gesture was a concession to Vox. “The flag was not rimmed,” he then said, although it was obvious to everyone. The following year, in June 2020, and in the midst of a pandemic, the flag stopped flying at the municipal facility. The mayor cites compliance with a Supreme Court ruling as the main reason.

Since June 2020, only official flags may be displayed on public buildings. However, flags are allowed as banners, like the ones Carmena put up for the refugees, without poles. The judgment left legal loopholes and a certain room for interpretation, which many regional councilors accepted over the years, including on the part of the PP. In Madrid, for example, during these years the flag was displayed on the buildings of the municipal groups, where Más Madrid freely displays it on a balcony located a few meters from the Plaza Mayor.

The same dilemma was then experienced in the Autonomous Community of Madrid. President Isabel Díaz Ayuso also took refuge in the Supreme Court’s verdict. However, the region’s former Vice President in 2020, Ignacio Aguado from Ciudadanos, has put the rainbow flag on top of the Vice Presidential Building, just 100 meters from the Presidential Building on Puerta del Sol, as has the Cibeles Fountain and the Palace de Cibeles in those years with light up with the colors of the rainbow.

But the Aragon Supreme Court dealt a serious blow to the theses of the extreme right last week. The ultra-collective association of Christian lawyers cracked down on the consistory, which has been ruled by the PP since 2019, after putting up the banner on June 26, 2020. The judges have concluded that the Zaragoza City Council has violated neither the flag law nor the “principle of neutrality” by placing a banner with the colors of the LGTBI collective on its facade in 2019.

Because of this phrase, Villacís asked Almeida to hang the flag during the Pride 2022 presentation at the Cibeles Palace. At this event, two PP mayors rose from their seats and planted the organizers. The President of the National Association of Lesbian, Gay, Transgender, Bisexual, Intersex and More Uge Sangil said: “Almeida is not everyone’s mayor.” Sangil again criticized the city council for refusing to hang the flag.

In the presentation, Villacís also announced that the flag would be placed in the districts of the capital that Ciudadanos presides over. Sources from the mayor’s entourage changed Villacís a few hours later, insisting the flag would not be hung at Cibeles Palace. “There is a sentence,” they emphasized. “We will light up the building like every year and guarantee that Pride will be celebrated with full guarantees for the enjoyment of all residents of Madrid in general and the community in particular.” controversy with Pride nor enter a flag or banner war. Pride is a celebration of inclusion and will be celebrated as it is celebrated every year in Madrid”.