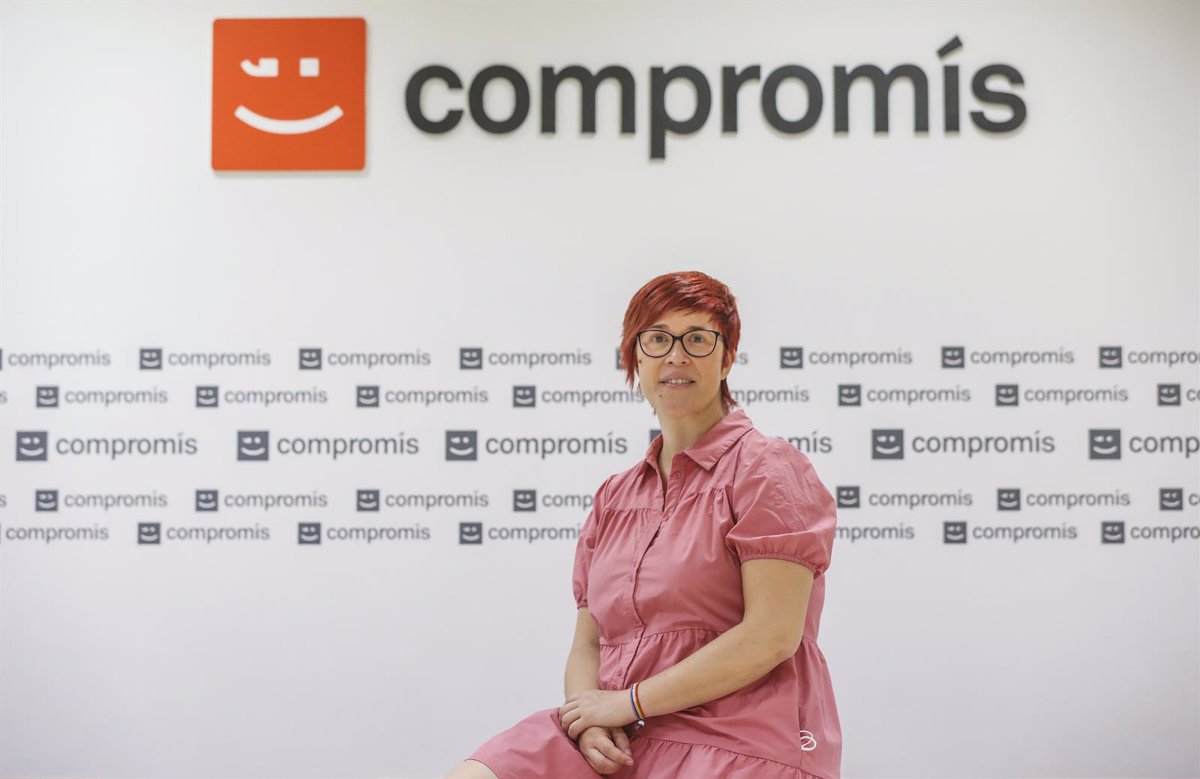 The compromise’s co-spokeswoman, Àgueda Micó, said this Friday that she did not believe that the President of the Generalitat, Ximo Puig, would sack the Vice-President, Mónica Oltra, but that “if it happens against the coalition, it would obviously mean a break” in the Botànic project and in the trust between the partners of the Valencian government.

This was explained by Micó in À Punt’s ‘Les notícies del matí’ program, after the Civil and Criminal Chamber of the Supreme Court of the Comunidad Valenciana (TSJCV) indicted the Vice President of the Generalitat and the City Council of Inclusive Police, Mónica Oltra, for alleged Covering up her ex-husband’s sexual abuse of a minor under guardianship. Oltra will declare on July 6th.

In this regard, when asked about a possible dismissal of Oltra by the “President”, Micó has indicated that he believes that “this will not happen” because at the Botànic “it has never happened before”, defending that the Valencian is a coalition government in which decisions must be made “jointly” so that “a decision of this magnitude should also be made collectively” and “the President cannot make that decision unilaterally”.

In this sense, he stressed: “If there is no consent from the government, from the parties, for this to happen, it should not happen, and if it happens against the will of the coalition, it would mean a rupture.” “Unilateral, non-consensual decisions within the coalition that we have been forming for 8 years always mean a breach of trust in this coalition,” he stressed.

When asked where the red line during the trial is where Compromís should consider Oltra resigning, she pointed out that until the trial is completed and a conviction is reached, she is under no obligation to resign from her charges .

As for why Compromís has in the past called for the PP’s resignation and impeachment, he argued that these were “blatant cases of corruption” involving “gambling” with public funds, while this case was “a prosecution of the “I think we can’t put things that have nothing to do with this in the same bag,” he claimed.

In any case, Micó has underlined Compromís’ “support” for Oltra, whom he has described as “brave and strong”, indicating that it is time for the formation to “close ranks” in his favor and to which the rest of the loaded.

He also stressed that “it is not the first accusation” of a comprom charge of “persecution of the right and extreme right”, referring to cases such as that of Rubén Trenzano or Pere Fuset. In his opinion, “the criminal charges of the extreme right and the right need not mark the strategy and political action” of the Botànic, he has claimed. A resignation or a dismissal, he defended, would be “a game of the right and right-wing extremists”.

In addition, he has insisted that the TSJCV sees “multiple leads” but “has said there is no direct evidence to suggest a crime is involved.” It is therefore a “good time” for the Vice-President “to be able to defend herself in court and explain, as she has done before, when asked in Parliament and in front of the media”. He has also asked the Botànic to “close ranks in the face of an unfair situation”.

Regarding the compromise strategy given these circumstances and the upcoming elections, Micó has indicated that they will focus on providing citizens with “explanations” and “contexts” so that they understand the “unfair” situation. On the question of whether Oltra will be a presidential candidate, he has indicated that “if he wants to face the primary process,” he will have his “support.”

In addition, in statements made by Compromís to the media, the co-spokeswoman has reiterated that they “strongly believe” in the innocence and “know-how” of Oltra and her team and that “it is a lawsuit instituted of the extreme.” Right to harm the government of the Botànic”. “We cannot allow these people to mark the political and strategic line and our work,” he warned.

In doing so, he defends that they have “showed face for many years” to now “take a step back”, alluding to the “political and judicial persecution” of the opposition against coalition positions such as Rubén Trenzano, Ali Brancal or Pere Fuset, “all acquitted by the courts.” On the contrary, he recalled the “several cases of corruption” in the PPCV phase in the Generalitat before 2015.