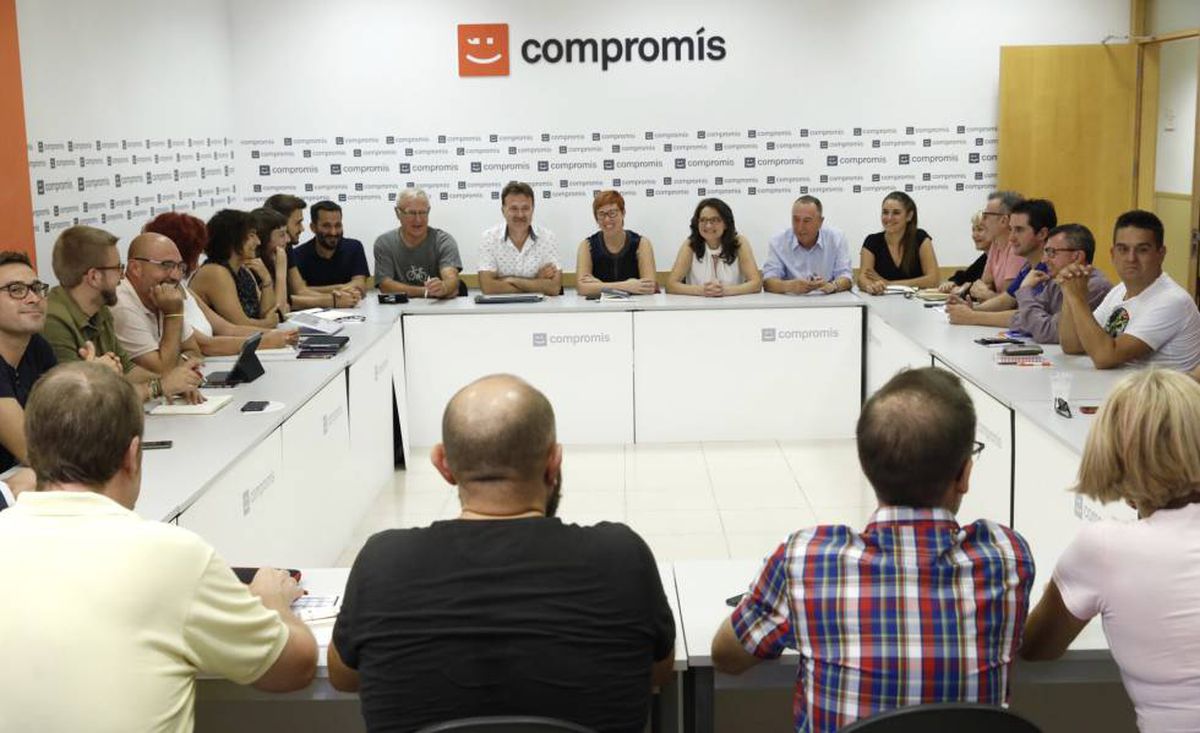 The closing ranks of Compromís around Mónica Oltra is public and notorious. But that doesn’t mean that within the left-wing coalition there isn’t a debate going on among its members about the future of the Valencian vice-president following her accusations of allegedly covering up the case of sexual abuse of a minor under guardianship of her ex-husband and his refusal to resign. This Tuesday, this debate will be put on the table in the most crucial executive of the formation because it will address the delicate situation that its leader has been going through for more than 10 years, with which he has made the leap forward among voters until he reaches has become the third political force in the Valencian Community in 2015 and the fourth in 2019. Compromís, composed of Més Compromís, Initiative del Poble and Els Verds-Equo, is part of the Government of the Generalitat with its partners from the PSPV-PSOE and United Podem.

The executive has been convened before the indictment of the Supreme Court of Justice (TSJ) of the Valencian Community and will be held this Tuesday (at 16:30) in Valencia, five days after the indictment and 15 days before his testimony, on 6 of July. Although the unified message so far is to support Oltra in their strategy of persevering without backing down from their positions because it all stems from “persecution by the extreme right”, a Law (judicial prosecution or instrumentalization of the judiciary) and there is no “direct evidence” of their involvement, several possibilities open up.

The Valencian president, socialist Ximo Puig, suggested again this Monday that if Compromís doesn’t make decisions, he will make them, alluding to the possible dismissal of Oltra, sooner rather than later, possibly in a week. Valencian MP Joan Baldoví, in turn, reiterated that we can “reflect whatever we want, but unilateral decisions, not one”, in relation to the fact that compromises could break the Botànic’s left-wing government. The MP assured that the formation is “at the same point as last Saturday” when Compromís showed his “unwavering support” for Oltra.

The initiative of Poble Valencià, Oltra’s party, does not have a majority in the coalition, and within Més Compromís, the majority, there are voices critical of the vice-president’s castling. Paradoxically, what is most striking is expressed in silence. Vicent Marzà, former Minister of Education and Culture, a reference for Més Compromís, did not attend the line-up last Saturday, claiming he had a wedding, nor has he publicly defended Oltra’s position. He himself resigned as an adviser on May 11 to devote more time to the party, which was also interpreted in some political circles as a signpost for the vice president should the TSJ eventually impeach her.

Various formulas are being considered, which for the moment are no more than proposals: that Oltra leave the speaker of the Consell and Council and keep the vice-presidency; that she retains the advice that she delegates all her functions to someone else of her training and remains as deputy until she is able dismissal…

All remains to be seen as the pressure on Oltra and Compromís continues to mount. Last Saturday, in a public act of Compromís, the Mayor of Valencia, Joan Ribó, proclaimed the collective motto of the association around Oltra: “If they touch one, they touch us all”. This Monday he defended that the vice president was and is “essential”, but reiterated that all this “in many ways does not prevent decisions being made”, within Compromís “in many ways” and that the coalition executive study, analyze and, very calmly, he will measure and make decisions about credit.

- Advertisement -
Share
Facebook
Twitter
Pinterest
WhatsApp
Previous articleLasso declares a new state of emergency for six provinces of Ecuador
Next articleDelaying the retirement age may increase the risk of dying between the ages of 60 and 69, according to Fedea