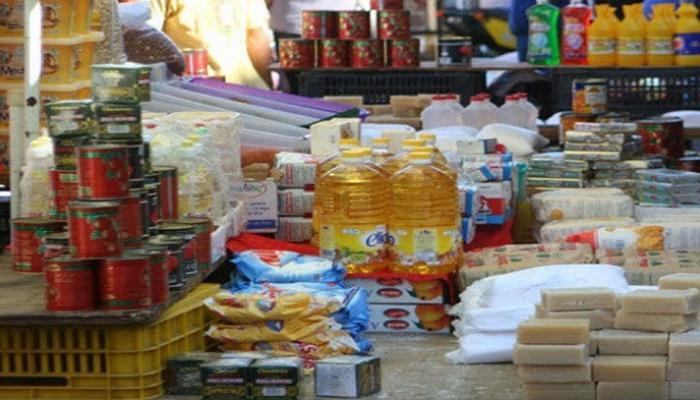 The increase in prices constituted a new burden that overwhelmed the Libyan citizen to face the challenges, especially after the crisis in Ukraine, which affected the entire world.

The Russian-Ukrainian crisis caused a rise in Libyan inflation, which had dire consequences on the lives of Libyan citizens in various parts of the country.

With the arrival of the blessed month of Ramadan, the suffering increased, as some of them felt the difficulties of living with almost total lack of cash and fuel, and the high prices of flour, oil and a loaf of bread.

Libyans buy flour and semolina, whose prices rise, coinciding with the next month of Ramadan, during which consumption increases, despite the fact that the authorities confirm the availability of sufficient quantities.

The Libyan citizen complained about the high prices of basic and living products, which people with limited income in the country were unable to provide.

Civil activist Muhammad Qurira said there has been a significant increase in prices, with wages lagging for 3 months.

In his statements to Al-Ain Al-Akhbar, Qarirah indicated that the price of a sack of imported flour this year reached almost 300 Libyan dinars, instead of 60 Libyan dinars, as well as an increase in sugar and petroleum derivatives. .

The civil activist confirmed the absence of control over price increases, despite the declarations of the previous Libyan government.

He added that the price of bread increased due to the crisis in Ukraine and that one Libyan dinar cannot buy more than 3 pieces of subsidized bread instead of four loaves in the past.

In turn, one of the Libyan citizens of the south, Mahmoud Ali, confirmed that people suffer greatly from high prices.

Speaking to Al-Ain Al-Akhbar, Ali said that inflation had risen after the previous government’s statements about raising wages without a clear plan to control the market.

And he called for swift action by the House of Representatives and the new Libyan government to activate judicial control of offenders before Ramadan.

The Libyan citizen underlined the difficulty of experiencing this crisis with the proximity of the holy month of Ramadan and the increase in local consumption.

Libya depends on food imports, as 75% of its wheat consumption comes from Russia and Ukraine, in addition to imports from Egypt, Tunisia and Algeria, some of which also announced the suspension of the export of some basic products. .

Earlier, the Egyptian decision to ban the export of some strategic goods confused Libyan markets, amid warnings of a severe crisis during the month of Ramadan.

Egypt has banned the export of 8 staples for a period of three months in a bid to support supplies amid global food market turmoil caused by the war in Ukraine.

The director general of the Libyan Center for Financial Studies, Saeed Ismail Ali, says that his country is almost entirely dependent on imported goods and is therefore affected by any event that leads to high rates of inflation globally.

Speaking to Al-Ain Al-Akhbar, Ismail pointed out that this affects the purchasing power of the dollar, with the increase in demand for it, so that it can face the rise in global prices of raw materials as a result of instability due to the wars. or other people.

The director general of the Libyan Center for Financial Studies added that the central bank cannot control the price of the dollar because Libya depends on imports, and is not self-sufficient even in vegetables, for example, with all ingredients as well as most of basic products.

According to the latest official data issued by the Central Bank, inflation rates in the country increased by 2.8% in annual terms in 2021, compared to 1.4% in 2020. According to the economic bulletin for the fourth quarter of 2021, the Inflation registered an annual increase of 4.1% in the period (September to December of last year) compared to 2.1% in the same period of 2020.

The Libyan capital, Tripoli, witnessed record increases in the prices of flour and subsidized bread, the size of which fell significantly, amid an oversight that experts called “very weak”.