Comedian Lena Liebkind gives an emotional speech in Russian on ZDF: “We don’t belong to Putin!” 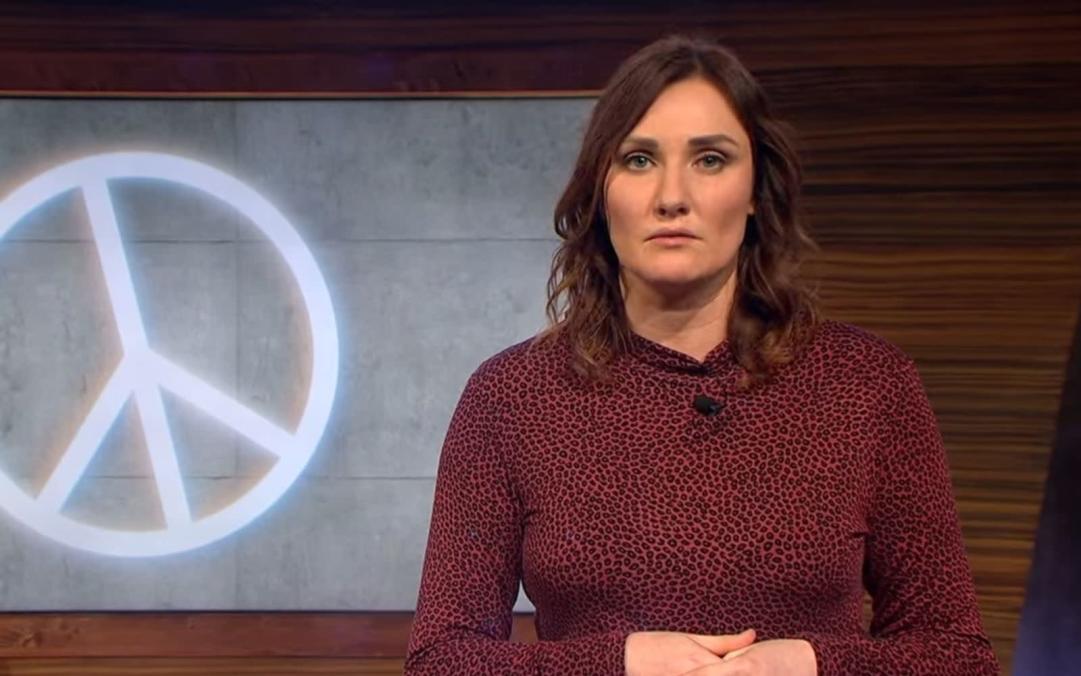 In their satirical show “Die Anstalt”, Claus von Wagner and Max Uthoff offered a stage to artists from Russia and Ukraine. The closing speech by an author and comedian from Cologne with roots in Kiev was moving. “We have the right to freedom and peace,” he said in Russian.

Making satirical programs in times of war is not a trivial task. “Welcome to… whatever it is here tonight,” Max Uthoff and Claus von Wagner welcomed ZDF viewers on Tuesday to a “special edition” of “Die Anstalt.” Two scripts were “shredded” under the weight of the unfolding dramatic world situation.

What remained: a good series of openly superficial jokes about Vladimir Putin, for which a donation of 50 euros was due for the benefit of the victims of the war. Also, an impressive meta-satire on the intractable contradictions of satirical anti-war efforts in the face of an unexpected military threat. And thirdly, the fortunate decision to leave the comedians on stage, who promised an enlightening perspective on the war as its origin.

Russian comedian: “More and more Russians are seeing what it really is”

One of the guests was Oleg Denisov, a comedian from Moscow. Until recent weeks, he had taken a stand against Putin on Russian stages. He managed to leave the country with one of the last planes from Russia, as ZDF had previously announced in a statement. Meanwhile, people in Russia face draconian penalties even if they mention the word “war” in connection with Ukraine.

“My name is Oleg, I’m from Russia and I live there too,” the comedian introduced himself during his performance. He is not one of the many Russian immigrants in Europe who should better be called “deserters.” The country is now being isolated and it is up to the Russians themselves to “clean up this mess.” Although it is not the war of the Russians, one has to accept that in the rest of the world it is seen differently. European visas would be cancelled, but 80 percent of Russians would respond with the question: “What is a visa really?”

The conference remained in an ingenious state of limbo between the bitter joke and the bitter description of the state. “Although none of us is totally innocent, we Russians do not want war,” said Oleg Denisov. “Our grandparents survived World War II. We know from them that war is the worst solution for everything.” For this reason, it is also not allowed to talk about war in the Russian media. “But it seems like more and more people are seeing what it really is.”

The people of Russia are “all prisoners of who we are and who we have become through our decisions, and we are all paying a price for it.” He just hopes, Denisov concluded, that the Russians don’t have to pay the price in dollars or euros, “because to be honest, we don’t have that money anymore.”

“This is not our war and it is not a Russian war either. This is just Putin’s war.”

At the end of the “Anstalt” issue, Claus von Wagner explained that they wanted to “give a signal to the brave people of the Russian opposition.” The satirist began with a greeting message, only to get linguistically bogged down again and again. Oleg Denisov warned that “war”, “invasion” and even “peace” are words that immediately block you in Russia. Helped: Lena Liebkind, author and comedian from Cologne. She wanted to “say a few words in Russian,” offered the artist, who was born in Kiev to Russian parents and has lived in Germany since she was eight.

“Actually, my language is German. But I allow myself to speak for Ukraine,” he said directly into the camera. She sees “the Ukrainians running away from the rockets, how scared they are and how they fight anyway.” Lena Liebkind: “But that’s not our war, and it’s not a Russian war either. That’s just Putin’s war.” Despite this, the youths who would normally “celebrate as brothers” would now kill each other. “For what?”

Ukraine is a “young nation with many problems” and “yet our country has been exploited for many years and now it is being violated.” The moving final words of his speech and at the same time of the “Die Anstalt” program: “We have dignity and our own identity, our own culture. We have the right to freedom and peace. We do not belong to Putin.”