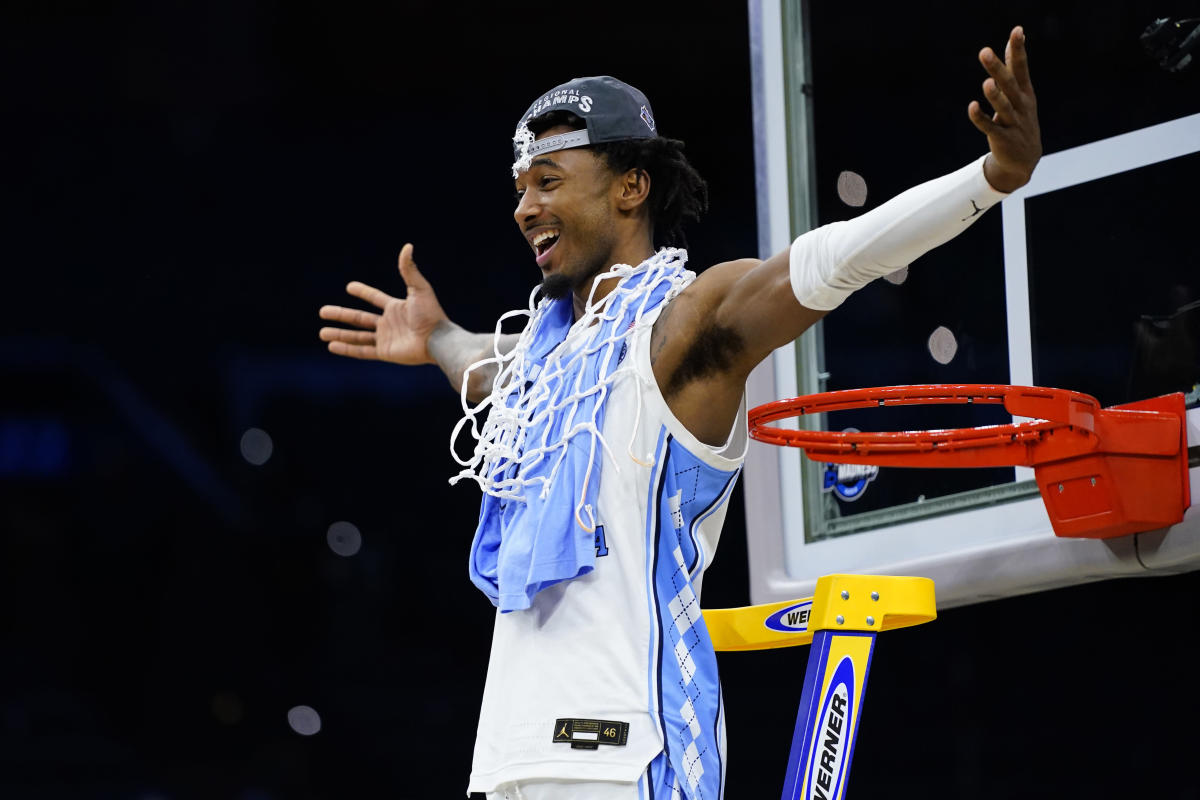 For all the talk of the brave new world of college basketball, it suddenly looks a lot like the old one.

So anyone who asks why the same dozen shows keep playing musical chairs in the Final Four every year (Duke, North Carolina, Kansas and Villanova this time) would do well to remember how Willie Sutton responded to the feds when asked Why did you keep stealing? banks: “Because that’s where the money is.”

Determination and common sense are great, but as the Peacocks of San Pedro were reminded on Sunday, they only get you so far. Yes, the Peacocks beat the odds and three bigger, much better-funded programs to book their spot in the Elite Eight against North Carolina. But the NCAA Tournament is nothing like the movie “Hoosiers.”

The Peacocks trailed 7-0 after less than three minutes, 21-7 a few minutes later, and 94-81 when the final buzzer carried them off the floor.

“They hang their hat on punching teams in the mouth, being the underdogs, that kind of thing,” North Carolina’s Leaky Black said. “We just had to let them know it wasn’t going to happen tonight.”

The powers that be in college basketball, taken to court and facing the threat of yet more lawsuits, have spent the past decade paying lip service to the idea of ​​leveling the playing field. Due to the chaos caused by the pandemic, several players were granted an additional year of eligibility. And because of the transfer portal, a rough equivalent of free agency, more players than ever have switched programs in recent years.

All that movement should have benefited the top mid-tier programs, which are recruiting second-tier players and keeping them longer, hoping that experience and teamwork can make up for what they lack in talent and resources. Occasionally he does, mostly during the regular season and occasionally in the early rounds of the tournament. But as the games pile up, it’s not just the tough ones getting going, but the talented ones as well.

The Duke, North Carolina and Kansas rosters are loaded with the kind of prospects, practice facilities and support staff that would make any NBA G League team green with envy, and they spend two to three times as much money, without paying the players’ salaries. . Villanova doesn’t have that kind of cachet, yet, but after winning two national championships in the past five years, coach Jay Wright is closing the talent and budget gaps fast.

Between them, those four schools have combined for 17 national titles and 61 Final Fours. So, as unlikely as St. Peter’s run was, harder than grabbing such a high rung on the ladder that’s dangling. To get a real sense of how tough it is, look at what happened to Miami.

The Hurricanes came in as the 10th seed with dreams of getting coach Jim Larrañaga back to the Final Four for the first time since he led 11th seed George Mason, a middleweight middleweight, to a memorable run in 2006. They sneaked past seventh – seeded USC thrashed second-seeded Auburn and edged out 11th-seeded Iowa State before meeting Kansas and being outscored 76-50.

The Hurricanes’ dependable point guard Charlie Moore couldn’t have had more experience, playing on his fourth team in five years, including two at Kansas. Their leading scorer, Kameron McCrusty, a redshirt senior guard, joined Miami after two seasons at Big 12 rival Oklahoma. Leading by six points at halftime, a spot in the Final Four seemed within reach.

“At halftime it was basically … kind of a challenge against us,” said Ochai Agbaji, a first-team All-American and likely a first-round NBA pick. “We don’t go that far to lay down or give up right now.”

“I always thought this was a possibility,” Kansas coach Bill Self said, pointing to a fourth Final Four in his 19 seasons in Kansas. “But I also thought the whole time that the margin of error was not where we could cut loose and have a chance.”

Speaking of odds, the Jayhawks returning to the Final Four as the only top seed left in the field bodes well. A No. 1 seed has won the last four national championships and 11 of the last 14.