Colonel goes viral for post during strike: ‘Police are people too and you gave an example of how to protest’ 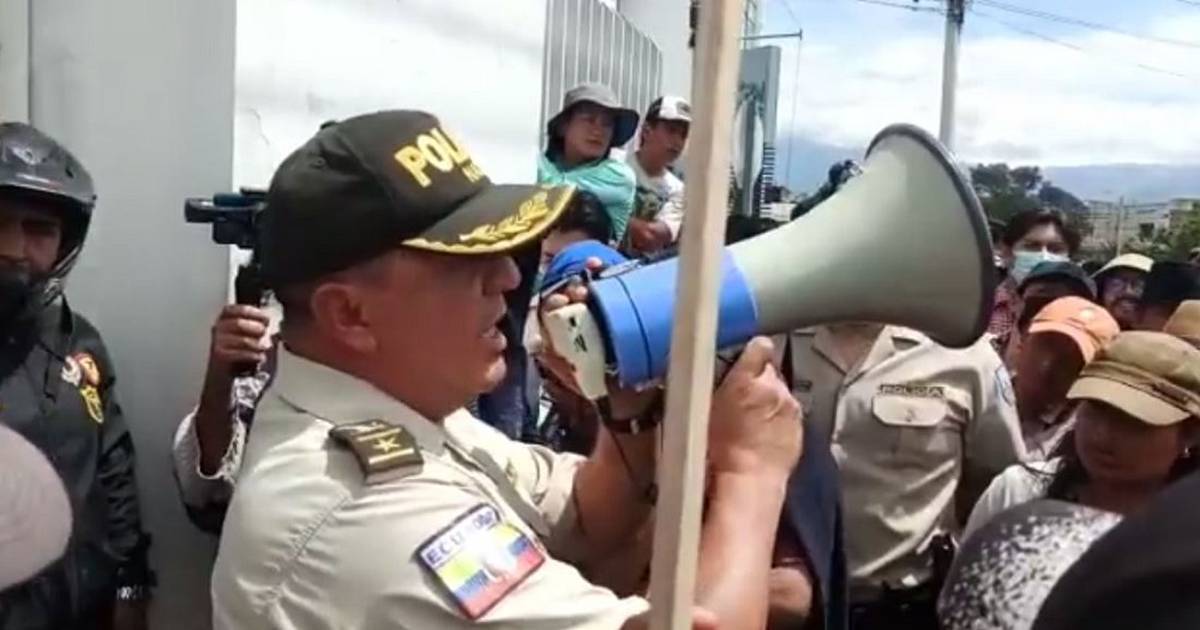 A national police colonel with a loudspeaker spoke a few words in front of a group of indigenous people who were demonstrating in Imbabura and his speech went viral on social networks.

It is Victor Herrerachief of the Imbabura sub-zone who declared: “Let us remember that the Police is also a people”. This happened on the afternoon of June 16.

Herrera, a partisan of conciliation, said to them: “We have worked hand in hand with you. On these dates (because of the national strike), we made a difference and you, as the indigenous people of Imbabura, gave an example of how to protest,” he adds.

“So far, we have maintained peaceful closures, a situation that has not happened in other provinces. And this is an example that we must follow, which is why the national police here in the sub-zone did not need to use force or gas or anything like that. We support you to safeguard your integrity,” he adds. “You will always be welcome here and wherever you go, as long as (there is) respect and consideration not to commit any act of vandalism and things are maintained with unrestricted respect for the rights of all people . The strategy of the Police will always be mutual respect”.

Bring this colonel to Quito so he can train a lot of them.
An example: the Police hand in hand with the communities raised in protest. pic.twitter.com/aOXLaIUmtH

Demonstrations were recorded in the province of Imbabura, notably in Atuntaqui, Otavalo and Cotacachi. Yesterday, Thursday June 16, according to the media Hoy Imbabura, “dozens of demonstrators from Otavalan no longer invade the main streets of the canton of Ibarra, the situation is worsening in the province”.