Colombia: impulse towards progressivism in search of a direction 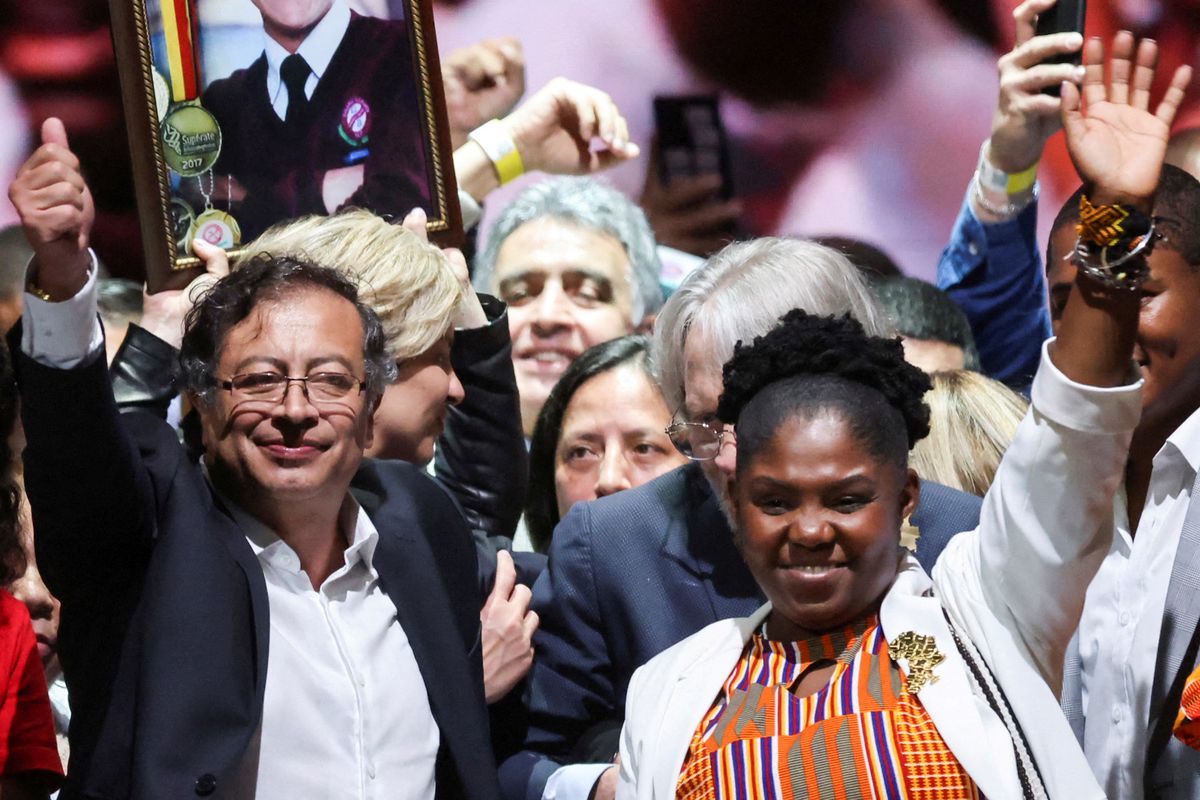 Recently, some observers and analysts have spoken of a second progressive cycle in Latin America. And from that perspective, the historic victory of Gustavo Petro and Francia Márquez in Colombia is immediately added to the list that would support that statement. However, the idea is very present in much of the left-wing tradition that reaching government does not necessarily carry power, although this sensible warning is often overlooked by some who rush to score electoral victories like goals in a football game. While one condition for building a political circuit in the region goes through the ballot boxes, these are not enough to speak of a new “circuit”, they are not exactly the ball in the goal.

There is consensus that the first decade of the 21st century marks the real beginning of a to turn left very powerful, not only because of the simultaneity of electoral victories and the good personal relationships of political leaders such as Lula Da Silva, Hugo Chávez, Evo Morales or Néstor and Cristina Kirchner, but also because of other elements that seem absent today.

There was a common horizon with a number of strong start-up ideas trying to give meaning to some of the big decisions. In these years there were also concrete landings of regional integration initiatives, which created a certain institutionality. It should also be noted that the electoral victories at the beginning of the century and in the early years of these governments were accompanied by vigorous mobilizations that often won their hegemony in the streets rather than in the elections. Government and hegemony – in their sense of “intellectual and moral leadership” – are not synonymous, but when aligned, one can think of cyclical changes. The left turn of the early 2000s had a political agenda that was able to recover sovereignty over natural resources, give the state a central role, extend the conditions of citizenship to indigenous peoples. But if then, apart from their differences, the different governments could be considered part of the same time climate with different declensions, today there seem to be irreconcilable differences between the country of Hugo Chávez and governments like that of Gabriel Boric in Chile, and we shall see what’s happening with Petro’s.

Gain government, but not power. Have the government, but don’t establish hegemony. This happened with the right wing that came to power – not always through the ballot box – in much of the region’s countries after Mauricio Macri’s electoral victory in 2015. Iván Duque, Pedro Pablo Kuczynski, Lenín Moreno or the aforementioned Macri had governments with a single mandate, sometimes abbreviated, very unpopular and without the possibility of being re-elected or appointing a successor. Their lack of hegemony contrasted with the neoliberal experiences of the 1990s, which – beyond evaluating these projects – were capable of transforming politics and society. This is one of the reasons why nobody in the region speaks of a “conservative cycle” after 2015; Its failure was followed in most of the countries of the region by the return of projects that dominated the first years of the century: like the movement for socialism in Bolivia or the Front of All in Argentina, or the takeover of government by new progressive coalitions like that of Gabriel Boric in Chile, Pedro Castillo in Peru or Gustavo Petro in Colombia. But today we see a kind of low-intensity progressivism, with difficulty understanding their efforts.

Gustavo Petro has already won the government, the unknown revolves around hegemony. There are some facts that can resolve the unknown. Unlike Boric or Castillo, Petro received an important vote in the first ballot (40% versus 26% and 18% respectively). His coalition, the Historic Pact, expanded its boundaries well before the election, going beyond a typical left candidacy. Colombia is experiencing years of strong social mobilization (in fact, there is a similarity with Chile). Competitors Boric and Castillo, Kast and Fujimori, respectively, had a completely opposite program to that of their competitors in the battle for their second rounds. With Petro, however, it was different. Rodolfo Hernández was aware that official Uribeism was a declining ideology and a burden. Highlighting his differences with Álvaro Uribe two days after the first round, he brought forward many positions as progressive as Petro on the peace process with the ELN guerrillas, sexual diversity or the environmental issue. In this way, Hernández also revealed where a majority of the ideas with the greatest ability to challenge the majority resided.

We have to see what happens in Brazil. A win for Lula Da Silva won’t solve the above issues, but given Brazil’s weight, it could encourage a reconfiguration that improves progressivism again. The fact that most South American countries have progressive governments again shows that the forces driving them retain a strong weight in their societies.

Manuel cinnamon He was Minister of Communications and Deputy of Bolivia.