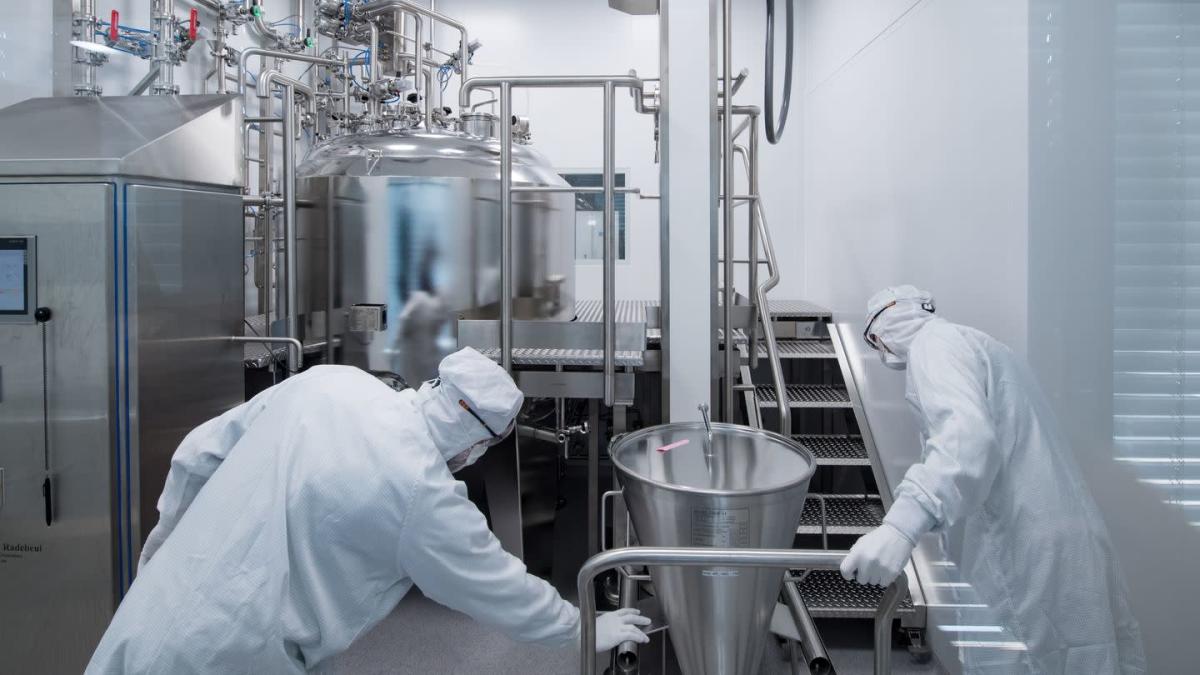 Hannover (dpa) – Due to high inflation and the uncertainty caused by the war in Ukraine, the salary negotiations of the approximately 580,000 employees in the chemical and pharmaceutical industry are probably only heading for a partial conclusion for the time being.

At the start of the national round in Hannover, negotiators on the employee and employer sides expressed their willingness to find a “bridge solution”.

Nothing has yet been announced about specific figures or precise commitment lines. It would be conceivable, for example, that a basic package initially contains moderate salary increases, covered with lump sums and bonuses or a temporary lower permanent salary increase. Certain additional points could be renegotiated later if necessary.

High costs of raw materials due to the Ukraine war

The IG BCE union had originally demanded an agreement above the rate of inflation. In February, consumer prices in Germany rose again by 5.1 percent compared to the same month last year. Since the Russian attack on Ukraine is driving up raw material costs, many economists believe this trend could continue.

IG-BCE Vice President Ralf Sikorski said at the start of negotiations with the Federal Association of Chemical Employers (BAVC): “Because of Mr Putin’s work, we have inflation rates whose sense of reality needs to be checked.” Companies also referred to rising costs.

According to the employees, the growing financial burden of various companies must be taken into account. However, Sikorski stressed that it was not possible to postpone the entire round of collective bargaining with him. Some of the salary increases must be “real, now,” he demanded. “Now we need a result for our colleagues, at least a partial result. And then you can build bridges to fall.”

Hans Oberschulte, as the employer’s chief negotiator, was in principle open to such a procedure. “We have to consider how much of the burden we can expect companies to have permanently and how much may only be temporary.” However, he makes it clear: “An inflation rate that largely stems from a temporary overheating situation should not be the basis for a rate increase that we permanently have for all futures in our corresponding rate table.”

The chemical and pharmaceutical industry is targeting the first large-scale collective bargaining agreement in Germany this year. In the regional exploratory meetings there has been no significant rapprochement, also because the difficult situation has worsened again with the war. Many companies care about locations and supply chains. The chemical industry depends more than almost any other branch of the economy on a stable supply of oil, gas and hydrocarbon precursors.

On the other hand, employees want to secure their purchasing power. Regarding Ukraine, Sikorski admitted: “Since February 24, we have been in a completely different situation.” Therefore, he suggested drafting a basic agreement that could be expanded in the fall. To ponder: “What are the real expectations and what is overheating at the moment? You can put these two things together by building a bridge.”

The employers’ negotiator Oberschulte also spoke in favor of a step-by-step solution “in the event of a possible bridge construction”. It should be clear that instead of a “four percent plus x” number, “four percent minus y” ​​should come out. However, an agreement is possible: “I am optimistic that in the end we will obtain a result that both parties can support.” Regardless of this, the following applies: “There has never been collective bargaining in a larger industry while there is a war in the center of Europe. This is brand new.”

Both sides also want to talk about training and other topics. The first round in Hannover is scheduled to continue on Tuesday.