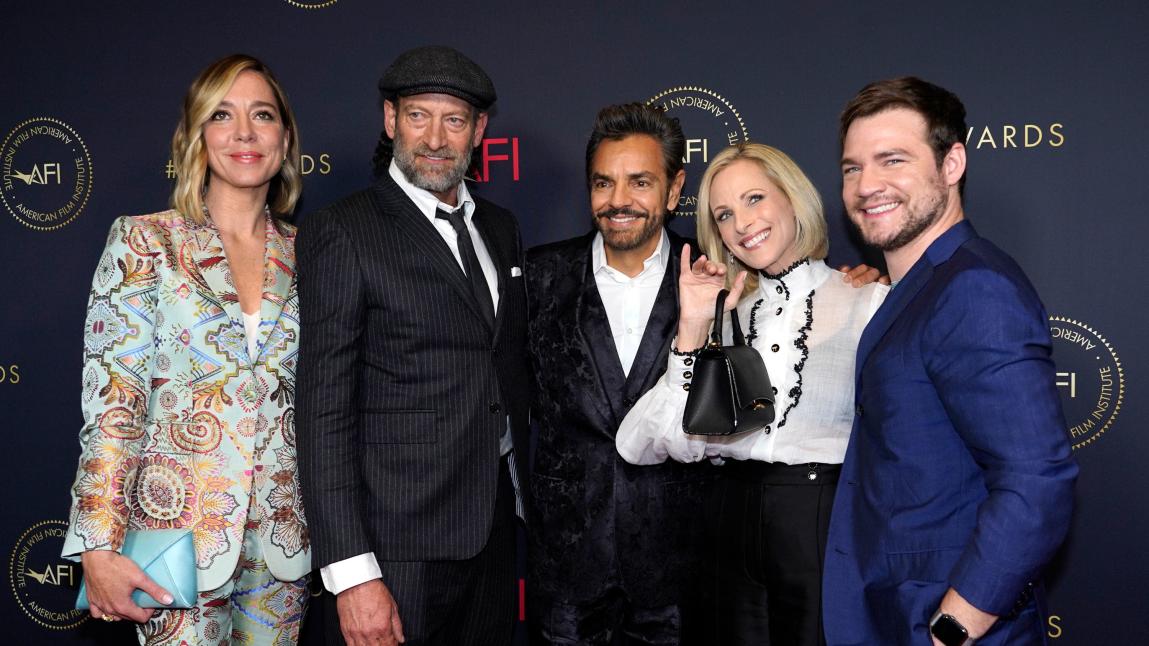 The stars of the award-winning film Coda say its success has meant Hollywood’s “fear” of tackling deafness on screen is beginning to “evaporate”.

Academy Award winners Marlee Matlin and Troy Kotsur, who appear in the Apple TV movie alongside Emilia Jones and Daniel Durant, said it marked a turning point for the entertainment industry.

Coda follows the story of Ruby (Jones), a daughter of deaf adults (Coda), and her family of fishermen.

The film has already won several awards, including the SAG Award for Best Ensemble Ensemble, and is nominated for Best Picture at this year’s Oscars on March 27.

Kotsur also won SAG, Bafta, and Critics Choice Awards for Best Supporting Actor for his role in the film.

“After these nominations, I really think he’s having a big impact in Hollywood,” he said, speaking at a Variety question-and-answer session.

“I’m hearing from more people who want to meet with me, for example, they have a script that has a hearing character but now they want to change it to a deaf character.

“They meet with me and ask ‘how can we make this work with communication?’

“So now I see Hollywood start to try to find something new and that fear starts to evaporate. This is really just the beginning.”

Matlin, who at 21 became the youngest best actress Oscar winner for her role in 1986’s Children of a Lesser God, added: “In 35 years I’ve seen scripts offered to me that weren’t necessarily made for deaf characters and I have tried but it has not been enough.

“However, I think as a result of Coda, I think that fear will go away.”

Coda director Sian Heder, who is nominated for an Oscar for best adapted screenplay, said the film had “changed her life” and wanted to make her career an ally of the deaf community.