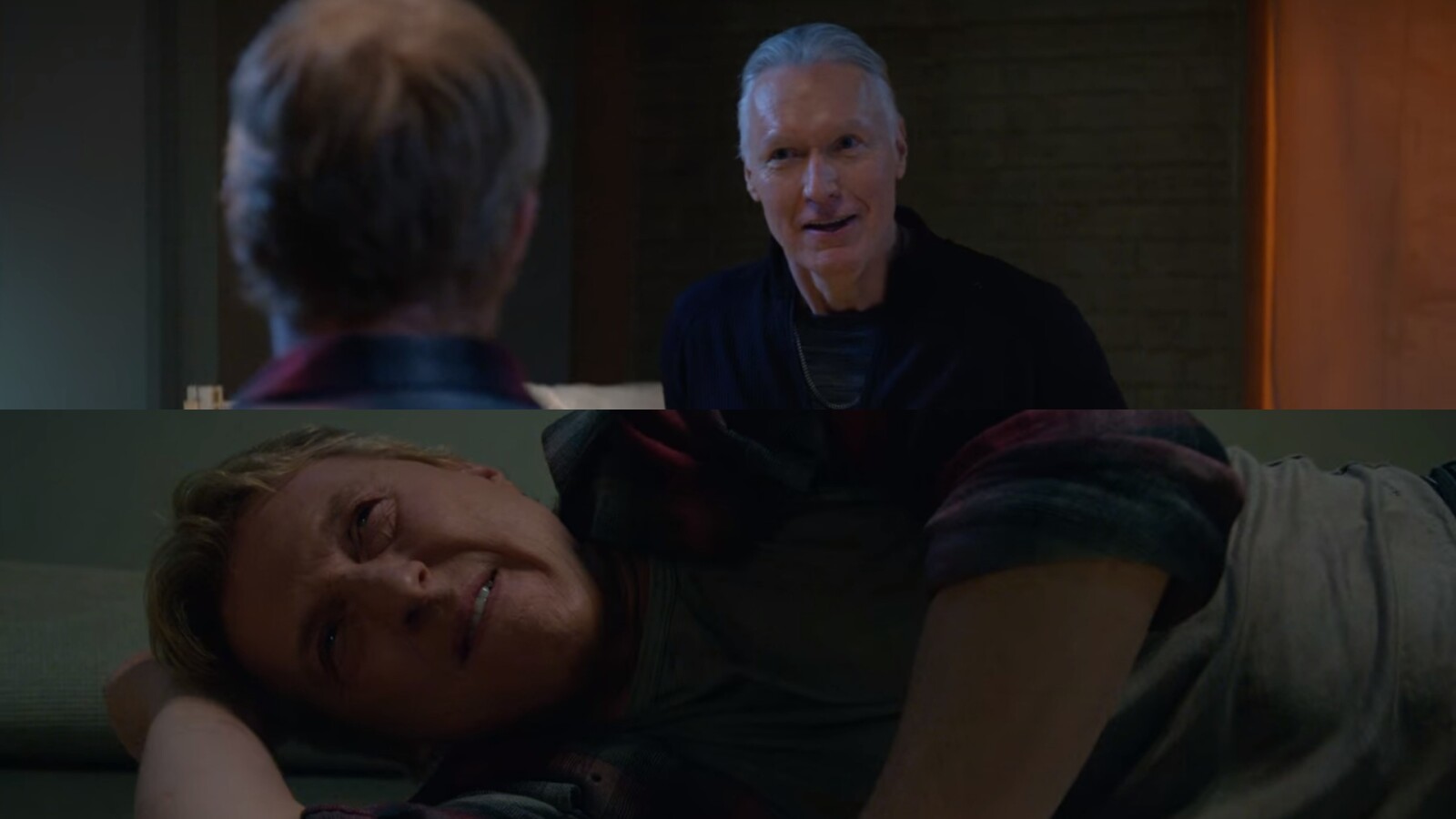 In the fourth season of “Cobra Kai”, Terry Silver (Thomas Ian Griffith) lures Johnny Lawrence (William Zabka) to his old dojo. There, he surprises him with a brutal kick, knocking Johnny to the ground. The two then fight, but Johnny never really comes into the fight and is constantly inferior to Terry.

In the end, Terry overpowers Johnny with ease, leaving fans wondering how one of the Netflix series’ best karate fighters could be taken down like that. Was it pure luck or is Terry really better?

Of course, the element of surprise plays an important role and Johnny was taken aback by Terry. So it’s already clear that Johnny was at a bit of a disadvantage. Terry Silver was also able to prepare for the fight since he incited him.

On the other hand, it must also be said that Terry defeats Johnny with such ease that this advantage for Silver, or disadvantage for Johnny, is relatively insignificant. In the end, Terry is clearly the better fighter.

So fans are wondering: is there anyone stronger than Terry? After all, Johnny and Daniel (Ralph Macchio) are on the same level and John Kreese (Martin Kove) is no stronger than Johnny or Daniel. There’s only one Cobra Kai character that stands a chance against Terry Silver!

Cobra Kai Season 5 premieres on Netflix’s New Arrivals channel on September 9, 2022 and we’ll see if Terry Silver can be defeated. After the Season 4 finale, Terry plans to expand his dojo.