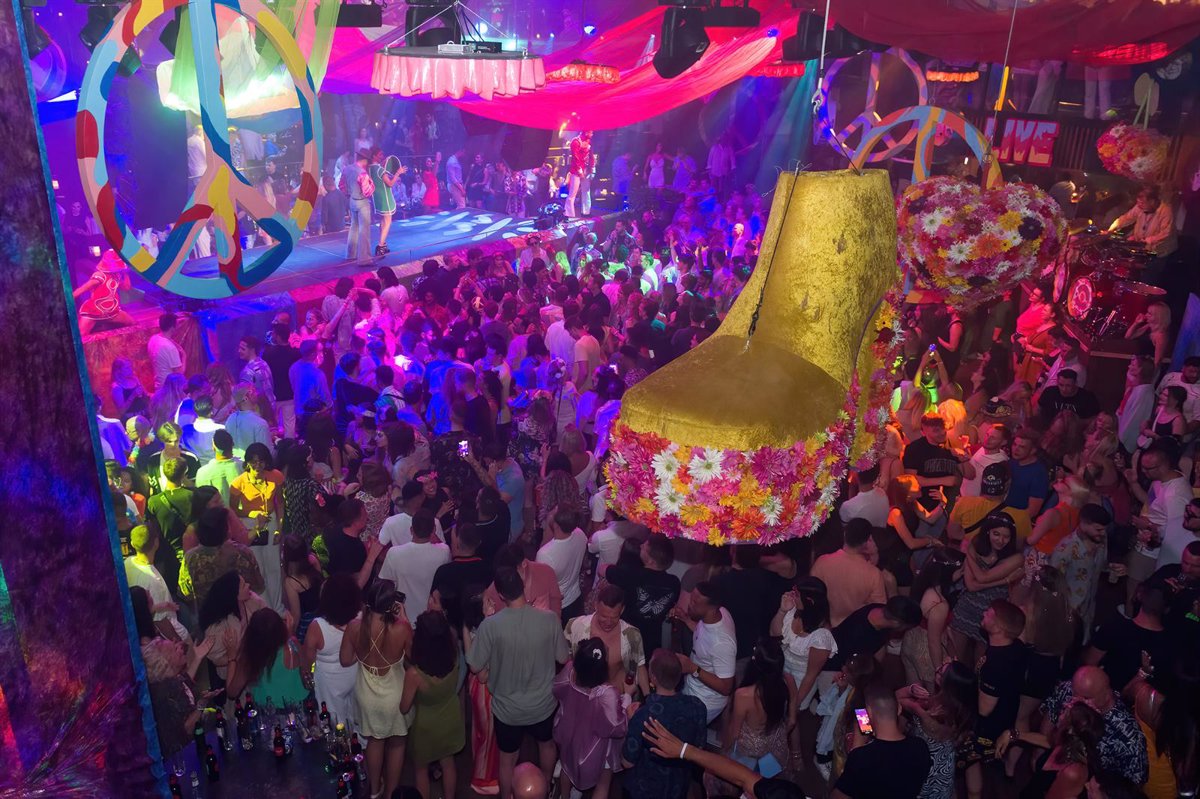 Venues and nightclubs in Spain will have purple points against sexist violence to tackle sexual assaults, following the signing of an agreement between the Ministry for Equality and the National Federation of Leisure and Show Companies (Spain by Night).

“We have a common will to make it clear that the streets and the night also belong to us and that nightlife is a safe space committed to the safety and enjoyment of all women,” emphasized the Minister for Equality, Irene Montero, this Thursday then the meeting he held with the President of the National Federation of Leisure and Entertainment Entrepreneurs, Ramón Mas, and the President of the Barcelona Nightclub Guild, Gemma Ginesta.

After the meeting, the signing of the agreement between the Minister for Equality and the President of the National Association of Leisure and Show Entrepreneurs took place.

The Minister for Equality explained that this collaboration will result in an awareness campaign in which nightclubs will become ‘purple dots’, ie ‘safe places’ to provide information on how to prevent and deal with sexual violence.

As stated in the agreement consulted by Europa Press, the Spanish Nightlife Federation and the Association of Nightlife Entrepreneurs commit to “spreading” the campaign and “placing the unmistakable ‘Punto Violeta’ at the entrance to the establishments”, with a double Aim: “to be as a deterrent against possible attackers and on the other hand to signal that it is a safe place for women”.

They also pledge to “warn or warn anyone who is harassing, assaulting, or has shown signs of harassment or disrespectful behavior” and “evaluate dark, hidden areas in entertainment venues or those that encourage user vulnerability or loneliness.”

Likewise, they must organize online training for workers in the sector (bar staff, security, etc.) so that they learn to recognize and distinguish the different types of sexual assault and harassment and learn about the internal referral circuit.

The Minister for Equality has pointed out that nightclub toilets can be a good place to place Punto Violeta’s materials, including a QR code that provides basic and quick information on how to behave in the event of sexual assault or how to accompany the victim.

“We women have been saying for many decades that the streets and the night also belong to us, that we should be able to feel safe in our cities, communities, pubs and leisure centers,” emphasized Montero and thanked the “commitment and courage”. of nightlife through “meaning” in the fight against sexist violence.

Although the minister pointed out that most sexual violence does not take place in nightclubs but in other areas, she pointed out that it can also happen in these leisure and celebration spaces, adding that it is among women who want to , “concern” gives “to be able to enjoy a night out with her friends without being at risk of sexual assault”.

For his part, the President of the National Association of Leisure and Entertainment Entrepreneurs, Ramón Mas, has stated that this is the moment to “engage in the vigorous fight against machismo and gender-based violence” and “to redefine the red lines”. also in nightlife spaces where there is more interaction between men and women “to make it clear that only yes is yes”.

Similarly, Barcelona Nightclub Guild President Gemma Ginesta, who also attended the meeting, stressed that this was a “very necessary” agreement in order to have “the guidelines to follow” in preventing sexual violence and “elevation”. your hand to say no to sexist violence”.

- Advertisement -
Share
Facebook
Twitter
Pinterest
WhatsApp
Previous articleFeijóo focuses his assessment of the political course on the fact that Sánchez’s “shared misrule” is an obstacle for Spain
Next articleMarvel must finally solve the Valkyrie problem after “Thor 4”!