Classification of LaLiga after the victory of Barcelona against Real Madrid 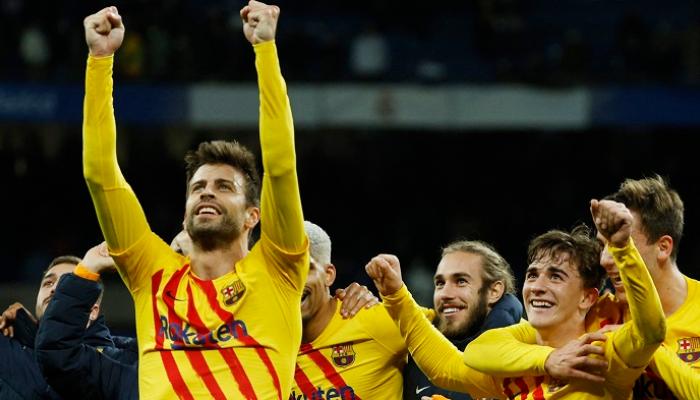 Barcelona earned a landslide victory over host Real Madrid 4-0 in the Spanish League Clasico, bringing them together (Sunday) on matchday 29 of the competition.

During the Clasico, which was hosted by the Sansago Bernabeu stadium, Real Madrid’s stronghold, Barcelona put an end to the royal streak of victories in their last 5 matches, achieving a precious 4-0 victory, to announce their return to the competition local after a period of weightlessness.

The thrilling win lifted Barcelona’s tally to 54 points from 28 matches, third in the Spanish league standings, with a goal difference from defending champions Atletico Madrid, who played more games.

While Real Madrid’s record was frozen at 66 points in 29 games, at the top of the Spanish league table, 9 points ahead of Sevilla, who stumbled again (on Sunday) for the third consecutive game, with a goalless draw with Real Sociedad, to threaten to lose the runner-up in favor of Barcelona.

The Catalan team can jump to second place in the LaLiga standings if they beat Sevilla on matchday 30 of the competition, in addition to shortening the difference with Real Madrid to just 9 points if they win their postponed match against Rayo Vallecano, scheduled for end of april

Real Betis remains in fifth place in the Spanish League standings with 50 points, after its goalless draw (Sunday) with its host Celta de Vigo, two points ahead of Sociedad (sixth), which tied with Sevilla, and 5 points against Villarreal (seventh) , who fell into the trap of the 0-1 loss against their host Cádiz.