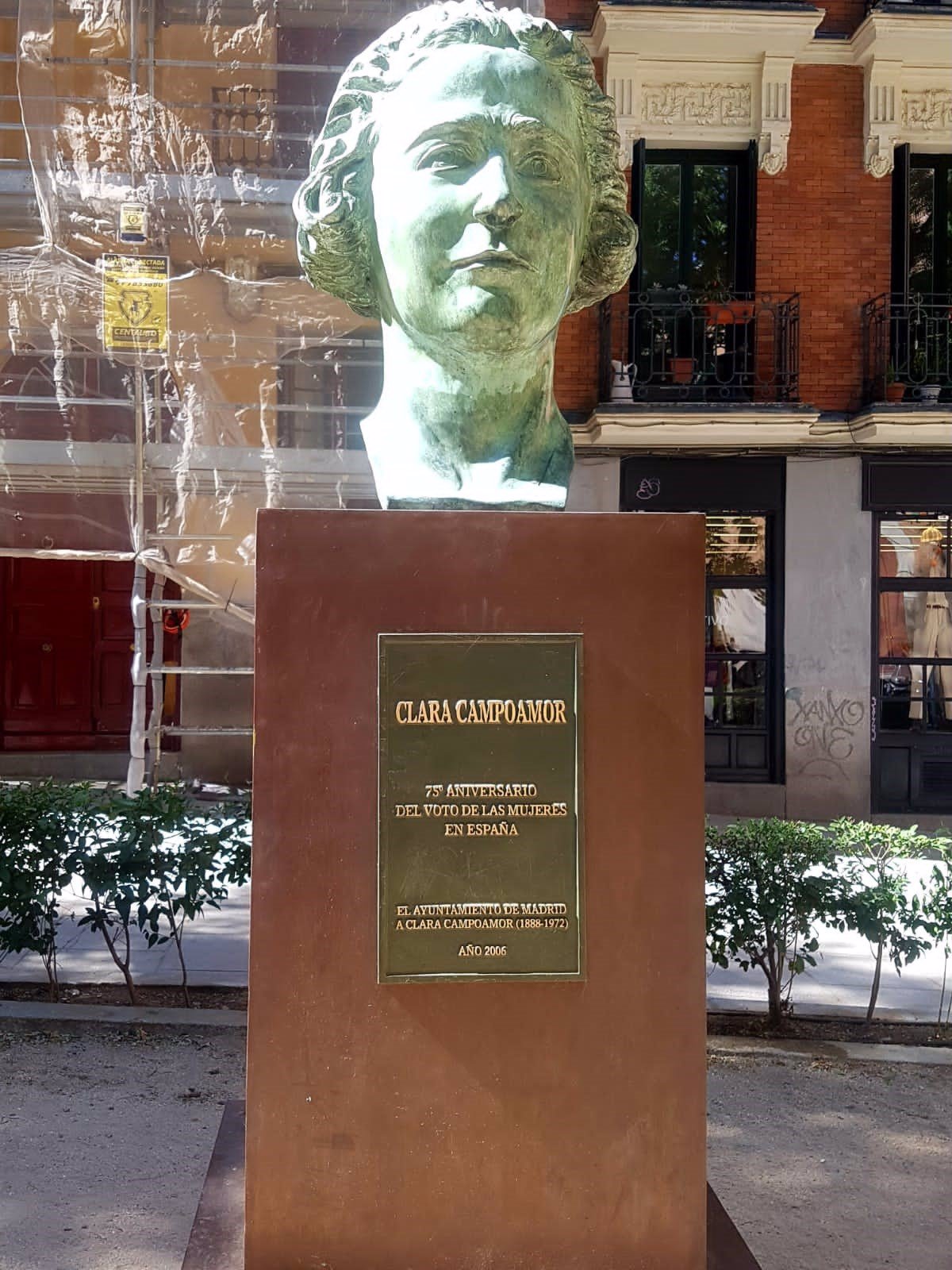 The Cibeles Plenary unanimously agreed to posthumously proclaim the “outstanding Madrid resident” Clara Campoamor as the city’s favorite daughter for her “relevant legal and political merits”.

The appointment was made official in the July plenary session after the June committee meeting had to postpone the declaration to correct a material error on the record.

It failed to include Clara Campoamor’s living relatives. The Cibeles plenary session last May unanimously approved the award of the title based on a proposal from the socialist community group.

This recognition comes on the 50th anniversary of the death of the Madrilenian from her exile in Lausanne (Switzerland), who was one of the main promoters of women’s suffrage in Spain, incorporated into the republican constitution of 1931 and first exercised in the 1933 elections.

The Social Democrats proposed recognition under Article 4 of the honorary decoration system. It stipulates that the title of “Favorite Child of Madrid” can only be obtained by “those born in the Villa who, by virtue of their outstanding personal qualities or recognized merit, and in particular for their services to the benefit, improvement or honor of Madrid, have achieved such high prestige and such undeniable universal attention in the public concept”.

The Council President of the Centro, José Fernández, announced in the May plenary session that taking advantage of the 50th anniversary of the death of the former resident of this neighborhood, the environment of her monument in the Plaza de la Guardia de Corps will be improved.

This is the third recognition of this kind in a few months: last week that of the writer Almudena Grandes came about – with the “no” from Vox and months after a previous initiative in plenary also the rejection of PP and Cs who were looking for a larger consensus – and a few months ago unanimously that of tennis player Manolo Santana.