Citizens: Emirati engineers at Barakah stations are a source of pride 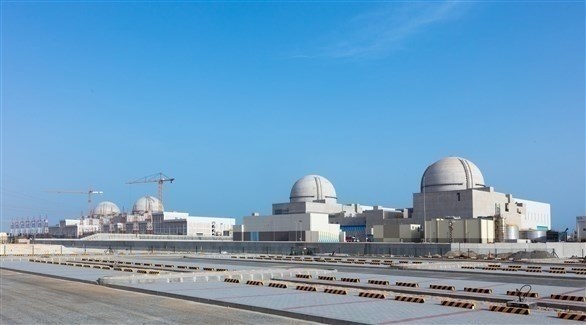 24 Emirati citizens praised the efforts of the national cadres working at the “Barakah” peaceful nuclear power plants, numbering 1,800 engineers, specialists and employees, noting that they are a source of pride for their country and their wise leadership.

Citizens stressed that the announcement of the operation of the second station of the “Barakah” peaceful nuclear power plant is an exceptional achievement added to the UAE’s records, noting that credit for this historic achievement is due to the wise leadership of the United Arab Emirates, which wants to ensure that the country is among the ranks of developed countries.

historical achievement
Lawyer Shahd Al Mazmi said, “The announcement of the operation of the second station is a historic achievement adding to the UAE’s record for investment in clean energy,” noting that the UAE, thanks to its wise leadership, was able to achieve miracles. in short periods of the life of the state of only 50 years.

He continued: “The operation of the second station is a source of pride for every Emirati citizen, and all the station workers are citizens who lived up to the responsibility that corresponds to them, and they deserve all our thanks and recognition for their sincerity. and dedication to achieve this achievement.

pride pride
Lawyer Ahmed bin Dhahi expressed his pride in the national labor competencies that were able to operate the second plant of the Barakah Peaceful Nuclear Power Plant in a short time, noting that the UAE, thanks to its wise leadership and ambitious vision, is leading the world. towards the use of clean energies to achieve development.

step into the future
Employee Idris Behzadeh said: “The operation of the second Barakah station is a source of pride for all Emirati citizens, noting that the UAE is confidently moving towards investment in clean energy thanks to the visions and ambitions of its wise leadership. “.

Zayed’s children are inspiring
The employee, Sultan Al Balushi, expressed his pride in announcing the operation of the second plant of his Barakah Nuclear Power Plant, noting that Zayed’s sons who work at the plant inspire the world in their ability to achieve national achievements, praising his efforts in serving the nation and keeping his word.

Employee Saif Al Hammadi said: “The announcement of the operation of the second station makes us feel proud and proud of the ability of our beloved country to rise to the ranks of developed countries and achieve exceptional achievements that will have an exceptional impact in achieving growth and development in various vital fields in the country.” To achieve the visions and aspirations of the leadership and people of the Emirates.