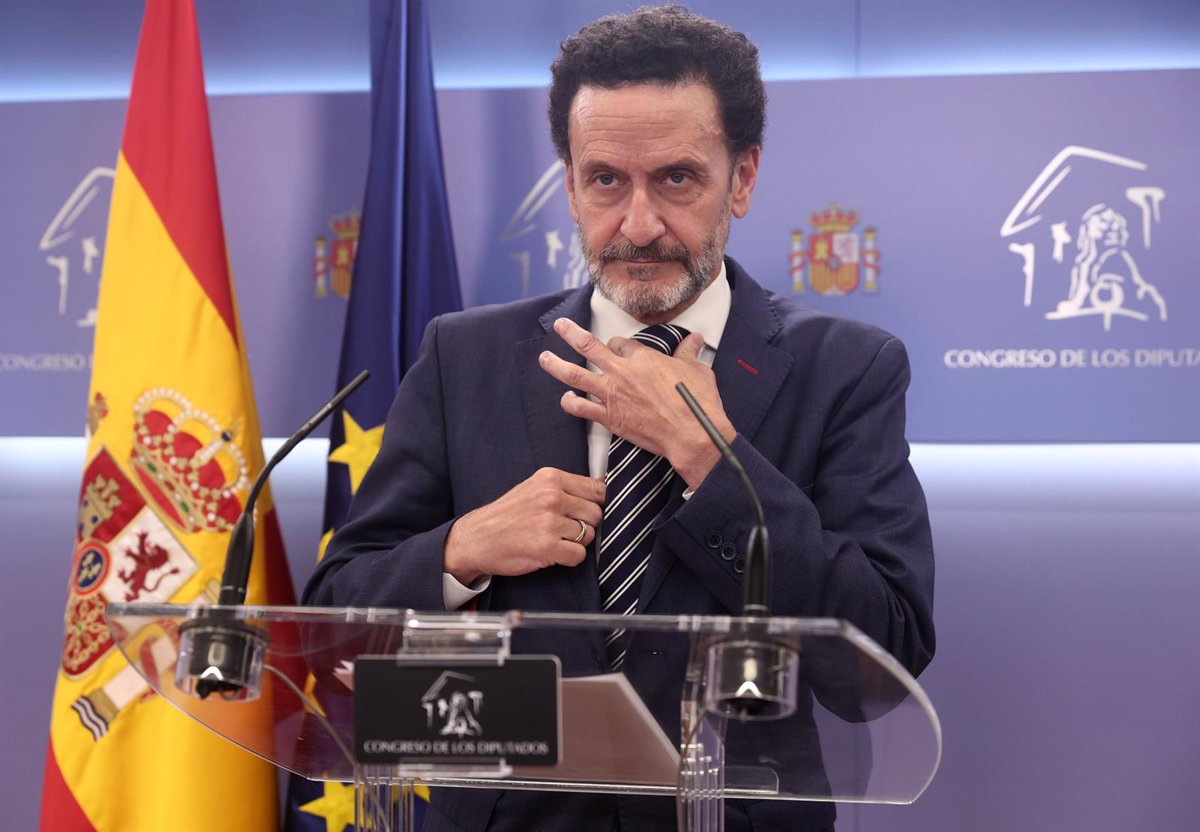 The spokesman for Citizens in Congress, Edmundo Bal, assumed this Tuesday that the “brand” of his formation was “very burned in” and for this reason a re-establishment process was necessary, in which he even opened the door to the possibility of changes leave the name of the party.

“We are very aware of the problems that our brand has, it is very burned out and we must take action to renew or relaunch,” he admitted at a press conference in Congress two days after the poor election results in the Parliament of Andalusia.

The aim of this process is to present all citizens who define themselves as centrists or liberals with an attractive proposal, ready for the regional and local elections in May next year, he explained.

A technical committee of experts set up to table possible proposals and solutions is already working, which will include a consultation on the party’s “leadership”, as its president, Inés Arrimadas, has already pushed; to whom Bal has transferred his support.

This consultation could consist of bringing forward the primary elections for the government presidency or holding a meeting at the highest level, but always in compliance with the statutes, which do not provide for the possibility of the president submitting to a matter of internal confidence.

The parliamentary speaker of the ‘orange’ formation has also acknowledged that changing the party’s name is an option that ‘overlooks’ all leaders and has even been discussed with other European liberal parties to learn more about their experiences.

“We have a technical committee that is studying the formula in order to be able to offer solutions to the political project, to renew the political project and if it is necessary to change its name, it will be changed and if not, we will keep calling citizens,” he argued, adding that he personally “loves” that name.

TURN THE GAME ON ITS HEAD

This committee of experts, to which the party leaders do not belong, will also be the one to point out the formula through which this process comes about, always in accordance with the statutes of the party and whose ultimate goal is to turn the formation “upside down “.

“We will question everything, but we will continue to be the Spanish Liberal Party,” Bal concluded, counting on two meetings of “many people” to propose ideas before the summer. In any case, he stressed that those who will decide the final course will be the affiliates. “The experts will make proposals, the lawyers will give an opinion, but the party will advance because its fighters will decide the future,” he assured.

Bal believes that the political space occupied by the “Oranges” is necessary, although there is little tradition of liberal parties in Spain and it seems necessary to “identify with the Red or Fachas”. In his opinion, there is a significant number of citizens who are not in either of these two spaces and who support center ideas who are okay with either of the other two options “as long as it’s good for Spain”.

- Advertisement -
Share
Facebook
Twitter
Pinterest
WhatsApp
Previous articleLufthansa boss puts pressure on ITA sale
Next articleVox despises those who, after the Andalusians, predict the end of their party: “The dead that kill are very much alive”