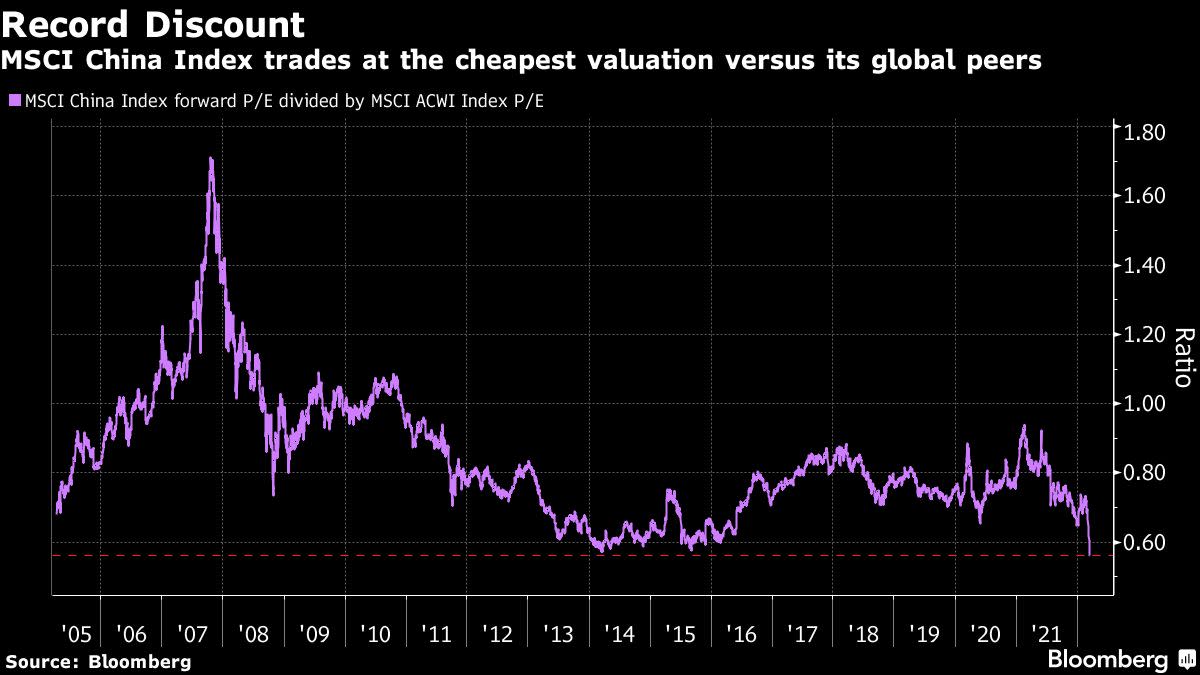 (Bloomberg) — The sell-off in Chinese stocks intensified on Tuesday. Concerns about the nation’s ties to Russia and persistent regulatory pressure caused a key index to fall to the lowest level since 2008.

China’s actions look increasingly risky on suspicions that Beijing’s ties to Russia could spark new US sanctions. That adds to concerns about regulatory developments, including a possible delisting from US exchanges. While economic data was positive for the market, increasing lockdown measures in major Chinese cities dim the outlook.

“The sell-off is overblown, but so is everything else,” according to Andy Maynard, head of equities at China Renaissance Securities. “The market is crazy, there are no fundamentals anymore. This could be worse than the financial crisis of 2008.”

The Hang Seng Tech Index fell an intraday change of 10 percentage points on Tuesday, the steepest since the gauge fell in 2020, data compiled by Bloomberg show. China technical indicator lost and 8.1%, extends the period before and after 70% of the date and peak of February 2021.

The sell-off in Chinese stocks has been especially severe in the tech sector. A regulatory crackdown from Beijing and an imminent rate hike from the Federal Reserve have weighed on the sector, with the outlook for Chinese tech turning to fear in recent days as investors turned their attention to the risk of sanctions if China offers help to Russia in the war.

That may come with an 11% drop in the Hang Seng tech index on Monday, its worst daily since the gauge’s inception drop in July 2020. Analysts at JPMorgan Chase & Co. even say some Chinese internet stocks “don’t give to invest “.

On Tuesday, Chinese Foreign Minister Wang Yi — in his most explicit statement yet on US sanctions — said he wants the country to avoid being hit by US sanctions due to the war. Russia. His comments failed to calm the markets. China’s CSI 300 index closed down 4.6%, the worst since July 2020.