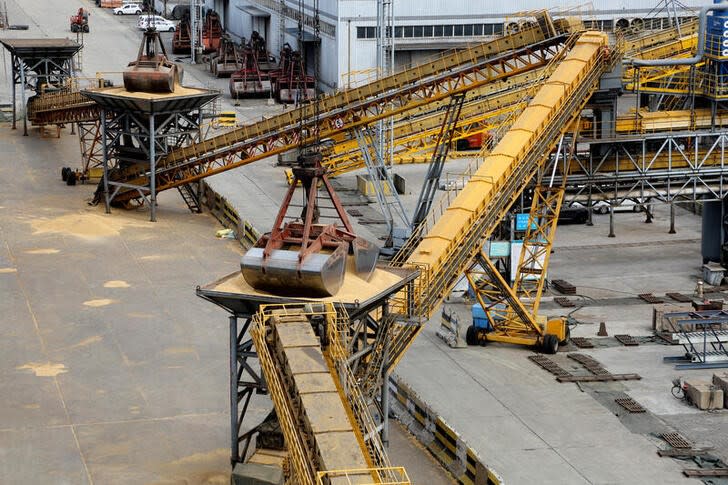 China, the world’s top buyer of soybeans, imported 3.51 million tons of the oilseed from Brazil, up 241% from 1.03 million tons a year earlier, data from the General Administration of Customs showed.

Last year’s rains in Brazil delayed the harvest and exports of the South American country, China’s main supplier of soybeans.

This year, drought slowed the harvest and shipments in Brazil, reducing soybean supplies in China, forcing many mills to close operations and pushing meal prices to record highs. However, the data shows that soybean arrivals were higher than the previous year.

China together bought 10.04 million tonnes of soybeans from the United States in the first two months of 2022, down 16% from 11.9 million tonnes a year ago, the data showed.

In early 2021, China stepped up purchases of US farm products to meet its commitment in a Phase 1 trade deal the two countries signed in January last year.

(Reporting by Hallie Gu and Dominique Patton; Editing in Spanish by Javier Leira)