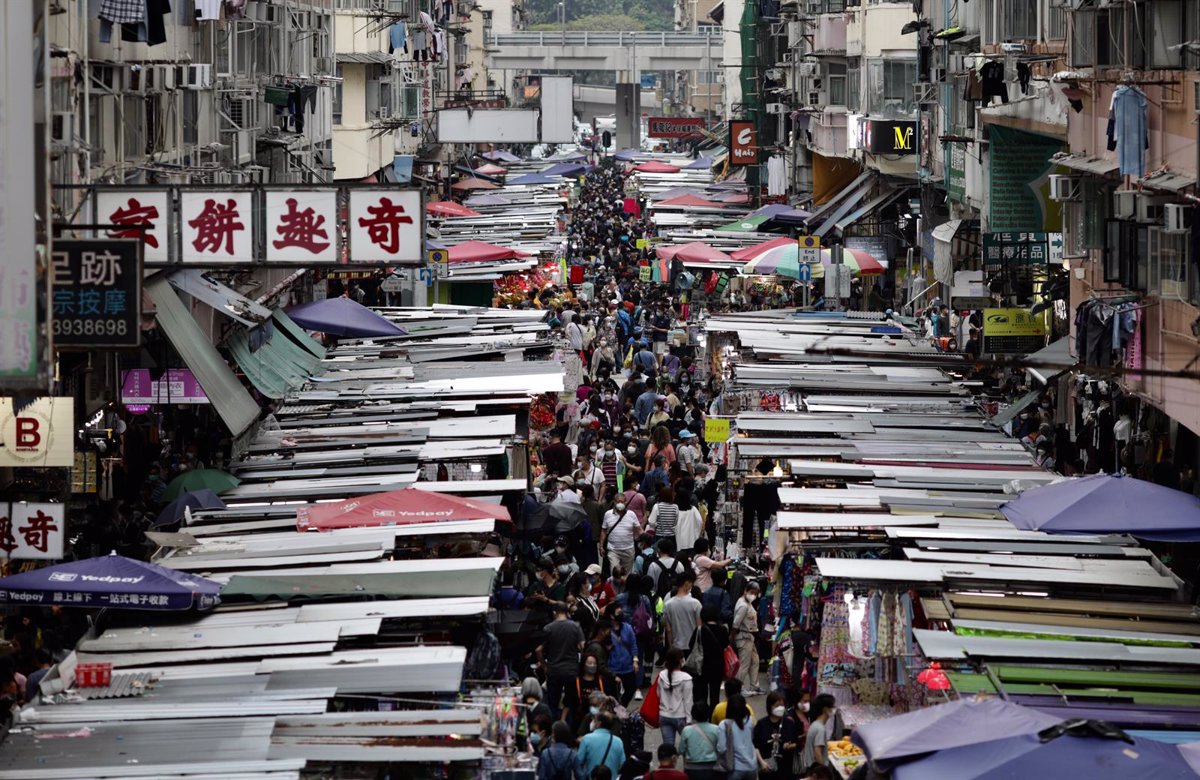 China’s economy growth is showing signs of slowing after the Asian giant’s National Bureau of Statistics (ONE) released July retail consumption and industrial production data for the month below the previous month’s reference levels, acknowledging the impact of the spread of the Covid-19 19 epidemic.

“In July, the consumer market was affected by factors such as the spread of the epidemic and the decline in the growth rate of sales of travel products, so sales growth slowed,” said Fu Jiaqi, a statistician at the Ministry of Commerce and Economy Affairs of the National Bureau of Statistics.

However, the official defended that the market in general maintained a recovery trend with the implementation of a series of policies and measures to encourage consumption.

On the other hand, the China Bureau of Statistics also reported that the Asian giant’s industrial production rose 3.8% yoy in July, down a tenth from June.

In this sense, the Office pointed out that although the measures taken to stabilize the market have generally been effective, it should also be borne in mind that the disruptive factors of the epidemic persist while the external environment has become more complex. and severe, so producer confidence is still weak.

Senior China economist at consultancy Capital Economics, Julian Evans Pritchard, has warned that July data suggest the post-lockdown recovery “lost momentum as reopening momentum slacked off,” weighing on the outlook in the US will remain difficult in the coming months as exports turn headwind to headwind, the housing recession deepens and virus disruptions remain a recurring drag.

Amid a potential slowdown in activity that was more intense than expected, the People’s Bank of China (PBC) unexpectedly decided on Monday to cut two of its key references for lending to the country’s banks.

In this way, the Chinese central bank has cut the rate for seven-day reverse repurchase agreements (repos) by ten basis points from 2.10% to 2%, while it has cut it from 2.85% to 2.75% % rate for medium-term loans with a term of one year.

In this vein, the People’s Bank of China announced that “in order to maintain adequate and sufficient liquidity in the banking system,” it injected 400,000 million yuan ($60,000 million) through the medium-term credit facility at 2.75% interest, which was launched within seven days reverse refinancing operation of another 2,000 million yuan ($300 million).

Previous articleBanco de España and CNMV are drafting a teleworking policy with two days of remote work per week
Next articleMaintenance work at Telekom, Vodafone, O2 and Co.: breakdowns are to be expected here