China Stocks Cheaper Than They’ve Been in a Long Time: Buy Alibaba, Baidu, and Tencent Now? 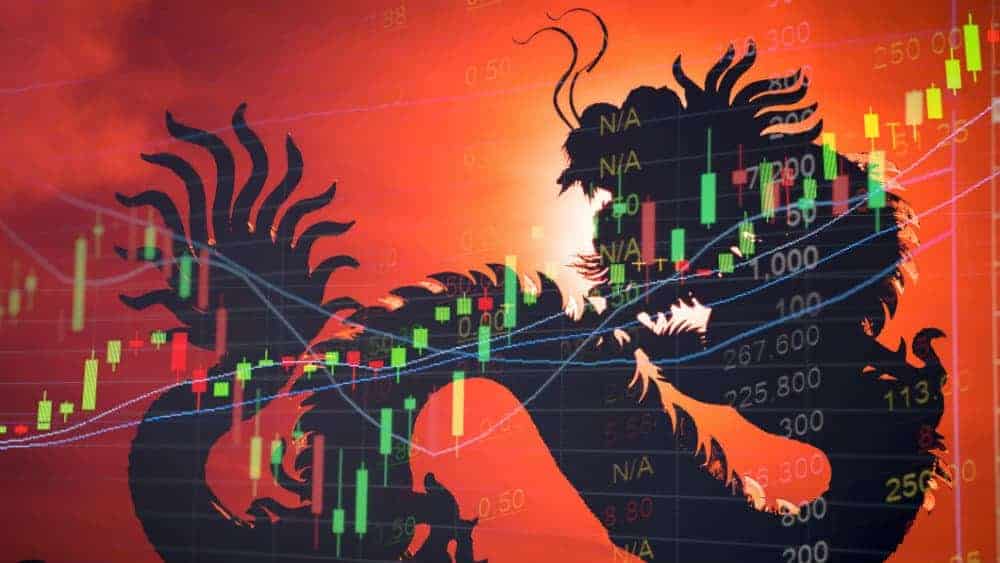 As Western countries crush Russia with sanctions, China appears to be standing on the sidelines and concentrating on keeping its economy buoyant. However, share prices have fallen sharply in some cases recently. Does this result in a unique entry opportunity? Or are there good reasons to look at stocks? alibaba (WKN: A117ME), Baidu (WKN: A0F5DE) and Tencent (NASDAQ:TSLK) Hold?

This is why Chinese stocks are under pressure

The reasons for the underperformance of many Chinese stocks are multiple. For example, many of these are included in global and emerging market indices, which are popular with international ETF investors but have recently sold off. The MSCI Emerging Markets Index is down 15% in the last six months.

In addition, the complex constructions that allow Chinese stocks to trade indirectly on US exchanges have come under fire. And the tougher stance taken by the United States against China is having an effect on several levels. It also hampers international expansion and building well-respected global brands. Huawei is the most famous example of this.

Domestically, there are also challenges weighing on equities, including solvency problems at some large holding companies, such as the Shimao Group (WKN: A0J3E1), general weakness in the real estate market, repeated outbreaks of COVID-19 like in Shenzhen, and increasing efforts by the government to maintain the upper hand over billionaire corporate bosses. The 20th Congress of the Chinese Communist Party, where Xi Jinping is expected to form a new government team, is also causing unrest in a few months.

The export economy, in turn, is suffering from continuing disruptions in global freight transport. In response to this, the long-increasing intentions of international companies to reduce their reliance on Chinese suppliers by producing closer to sales markets could also have a negative impact on the Chinese economic model in the long run.

What now speaks of an investment in China stocks

The liquid marketability of stocks is of secondary importance to long-term investors. In reality, we only need to be given a fair price at two moments: when buying, and many years later, when selling. Obviously, we can currently buy at reduced prices and I can hardly imagine that one day China will expropriate international shareholders. As long as the partner company performs well, good long-term performance should be achieved.

And the persistently high growth of the Chinese economy (in 2022 it is expected to be +5.5%) should give a boost to local companies. The huge domestic market also represents an excellent base for international scale. What is successful in China is often bigger than a comparable European market leader. For example, domestic wind turbine manufacturers are on a par with their Western counterparts, although they have so far produced almost exclusively for the domestic market.

Companies like Alibaba, Baidu and Tencent are also benefiting from this and are hardly negatively affected by COVID-19 or the turmoil in the real estate market. And think what you want of Xi Jinping, he undoubtedly represents stability, which is worth something in these troubled times.

What investors should watch out for

China appears to be largely on the sidelines when it comes to sanctions against Russia. Stable relations with its neighbor to the north are important, and with the system’s rivals in Europe, Japan and North America now busy invading, China could help China obtain cheaper Russian raw materials and expand its position of global power.

However, this is a tightrope walk. China is integrated into global value chains. Not much works there without special European machines, Japanese electronics, and American software. If China fails to live up to its responsibilities as a great power in this difficult situation, the strategic partnerships that have made decades of prosperity possible could be compromised.

Anyway, China already has a reputation problem. The more digital a company’s products are, the more mistrust they arouse in the most important international sales markets.

Overall though, I think the opportunities now outweigh the risks. China has built a massive manufacturing base for decades and the world depends on it. The country will soon outperform the US and Europe in many respects and will be able to make even better use of its economies of scale. With the right actions, we can at least participate a little.

Article China Stocks Cheaper Than They Have Been in a Long Time: Buy Alibaba, Baidu, and Tencent Now? first appeared in The Motley Fool Germany.

Ralf Anders does not own any of the shares mentioned. The Motley Fool owns shares and recommends Baidu and Tencent Holdings.

- Advertisement -
Share
Facebook
Twitter
Pinterest
WhatsApp
Previous articleWall Street bet on the pending rebound of Ukraine and the Fed. In the S&P 500 Moderna it is disparate and 19%
Next articleThe avalanche remains in the first place; Capitals, Predators improve