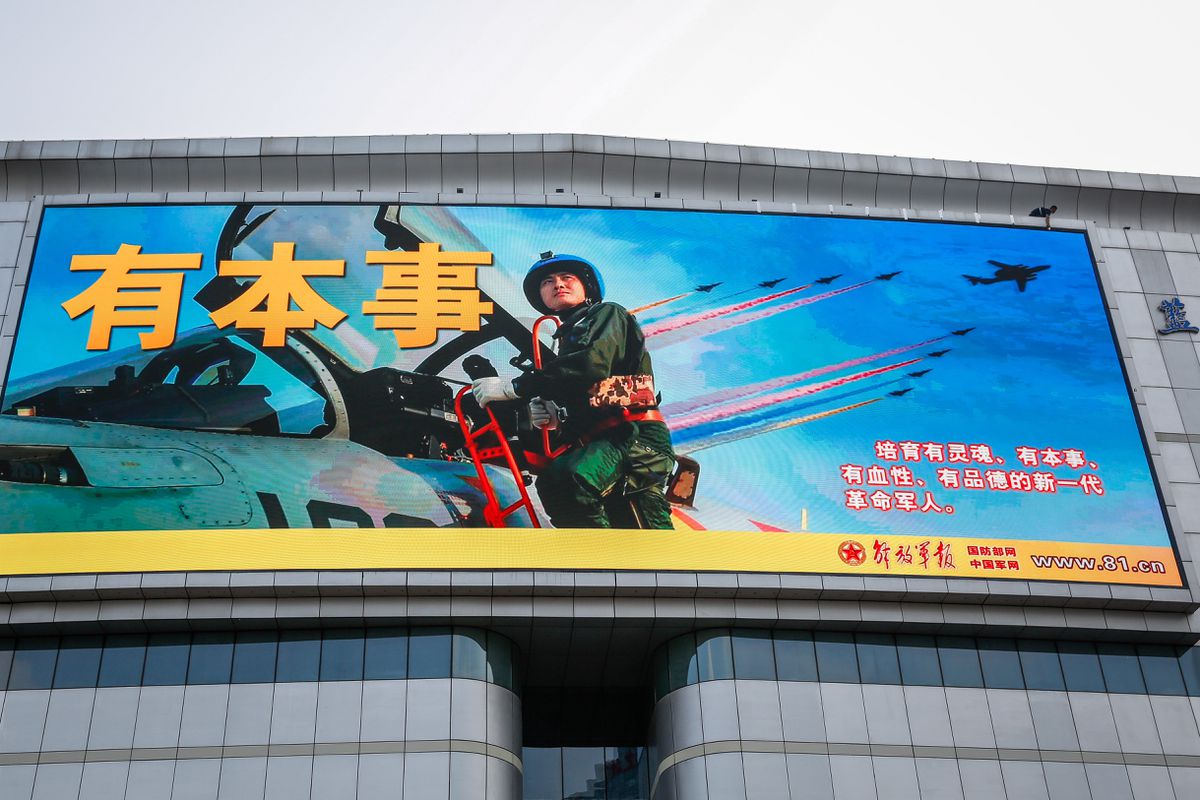 The China Maritime Safety Administration on Tuesday announced new military exercises in the South China Sea — near the Taiwan Strait — and in Bohai Bay (in the north) for the next few days. Although Chinese authorities claim that these drills are part of celebrations marking the 95th anniversary of the founding of the People’s Liberation Army, which were marked in Taiwan on August 1, they fear they may be linked to the likely upcoming visit of the speaker of the House of Representatives United States Representative, Nancy Pelosi. Despite the fact that Beijing has actively and passively opposed such a trip, anonymous White House sources confirmed Monday that the US congressional delegation will land Tuesday on the self-governing island that China considers part of its territory. With the Asian giant’s increasing military presence near Taiwan, Taiwan’s Defense Ministry has warned against sending reinforcements to the Strait of Formosa dividing line to fend off “enemy threats”. The island has also raised its military alert level.

While Pelosi’s controversial visit to Taiwan as part of her Asia-Pacific tour remains unofficial, China’s foreign ministry reiterates there will be “forceful measures” if the 82-year-old lawmaker sets foot on the island. The social networks of the most populous nation on earth are full of nationalist messages. This Tuesday, countless videos and photos of Chinese army vehicles circulating in them will be transmitted to the southern city of Xiamen, which is about 300 kilometers from Taiwan and where a military base is located.

Chinese warplanes have been flying near the Taiwan Strait dividing line this morning, according to Taiwanese media, while several ships — a missile destroyer and a frigate — have been positioned near their waters since Monday. A source quoted by Reuters said Chinese forces have made repeated tactical moves to briefly reach the dividing line and return to their initial positions.

Taiwan’s Defense Ministry has issued a statement claiming to be aware of all military activities being conducted near the territory. They have also expressed that they have the “determination, capacity and confidence” to guarantee Taiwan’s national security. According to the official news agency CNA, the island raised its alert level for hostilities by noon on Thursday, and the authorities do not rule out declaring a “state of emergency” in the coming days, “depending on the threat level from the Chinese army”.

During the daily press conference of the Chinese Foreign Ministry, spokeswoman Hua Chunying did not comment on the maneuvers, but stressed that the current situation is solely due to the actions of the United States: “I think the world can clearly understand that the United States are causing to increase tensions in the Taiwan Strait.

“China has repeatedly expressed its solemn position against the visit of the Speaker of the US House of Representatives to Taiwan through multiple channels and at different levels in the Beijing-Washington talks,” he added. President Xi Jinping himself warned his counterpart Joe Biden in a phone call last Thursday that Pelosi’s trip would be tantamount to “playing with fire.”

Asked whether China’s response will include diplomatic or military action, Hua limited himself to saying that “the US side will definitely bear the responsibility and pay the price for harming China’s sovereignty and security interests.” The Chinese Defense Ministry said last week, ahead of the talks between the two leaders, that the People’s Liberation Army “will not stand by” if the visit goes ahead.

Diplomatic relations between China and other countries are based on the one-China principle, an expression which implies that there is only one China and that this includes Taiwan, where nationalist troops are headed after the communist army’s defeat in the civil war in One of Beijing’s major concerns is that Pelosi’s trip will have a domino effect, opening the door for other world leaders to visit Taiwan in what is understood as a show of support for the island’s independence.

Taiwan Prime Minister Su Tseng-chang said Tuesday the island “warmly welcomes” all foreign guests and will “make all necessary preparations.” Taiwan’s Agriculture Council has announced that China has temporarily halted imports of more than 100 products from several Taiwanese food companies, a move seen as the first retaliation for the announced visit.

According to the newspaper freedom times, Pelosi and her delegation will land in Taiwan at 10:20 p.m. local time (4:20 p.m. Spanish Peninsula time) tonight, although she does not give a source. The US House Speaker’s plane took off this morning from Kuala Lumpur, the capital of Malaysia, the second stop on her itinerary after a visit to Singapore. Officially, it also goes to South Korea and Japan. The veteran lawmaker is known for her strong anti-Chinese Communist Party stance: In 1991, Pelosi unfurled a banner in Beijing’s Tiananmen Square to commemorate the victims of the massacre, two years after it took place. He has also met with Chinese dissidents and the Dalai Lama, Tibet’s spiritual leader in exile, and has expressed his support for the pro-democracy protests in Hong Kong.