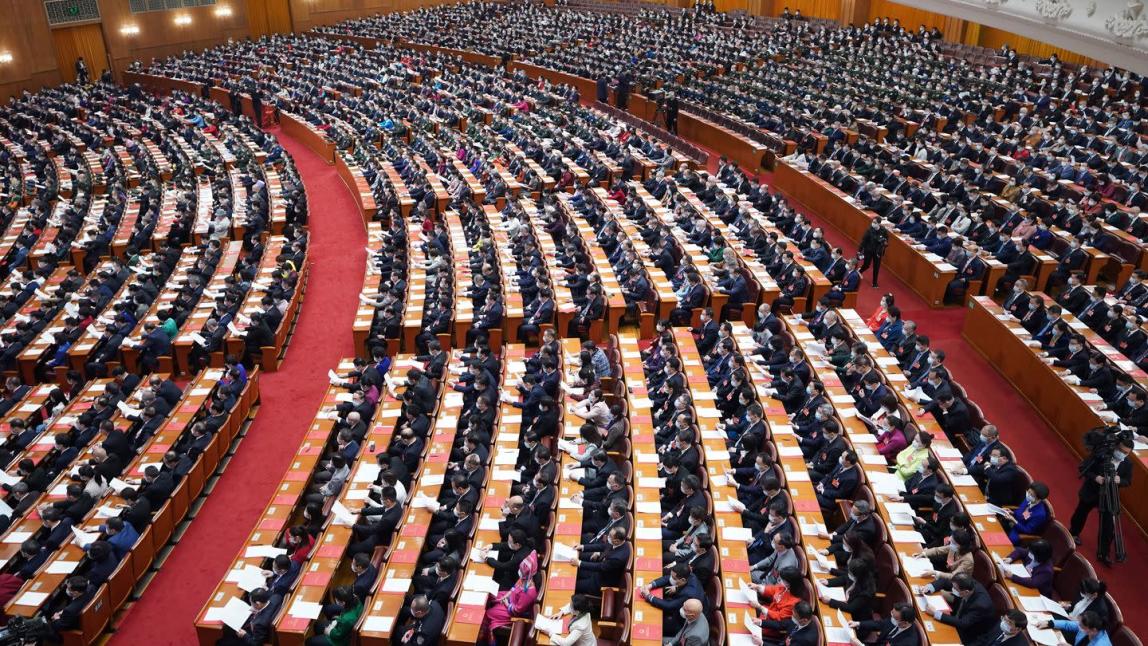 Beijing (AP) – China has called for “extreme restraint” in Russia’s war in Ukraine to avoid a major humanitarian catastrophe.

At the end of this year’s session of the People’s Congress in Beijing, Chinese Premier Li Keqiang continued to avoid criticizing Russia for the invasion at a news conference. The prime minister also spoke out against international sanctions against Russia. “The sanctions in question are hurting the world economic recovery,” said Li Keqiang. “Nobody cares”.

China’s annual parliament session ended with a sharp increase in military spending and a lower but ambitious growth target for the second-largest economy. Unsurprisingly, the nearly 3,000 delegates in the Great Hall of the People approved of the government’s economic course. Amid economic uncertainties, also due to the war in Ukraine, the prime minister forecast growth of 5.5 percent this year.

Due to the poor global economy, disrupted supply chains and problems like the housing crisis or over-indebtedness, it is the lowest target in three decades. However, it is considered ambitious and exceeds the expectations of the International Monetary Fund (IMF), which only expects 4.8 percent in China. In 2021, China’s economy had grown by 8.1 percent, but this was also due to the low base of comparison due to the pandemic in the previous year. By the end of the year, growth had slowed significantly. The prime minister announced that he would help the economy by reducing taxes and tariffs.

Prime Minister describes the situation in Ukraine as “really worrying”

The session of the People’s Congress was overshadowed by the Russian invasion of Ukraine. Hopes that China would use its influence over its “strategic partner” Russia to secure a ceasefire or solution have been dashed. Premier Li Keqiang also said that China “wants to play an active role together with the international community.” He called the situation in Ukraine “really worrying.” “The urgent task now is to prevent tensions from escalating or even spiraling out of control.”

Referring to Ukraine, on the one hand, he emphasized that sovereignty and territorial integrity must be respected, on the other hand, the Prime Minister apparently emphasized with regard to Russia that “the legitimate security interests of all countries must be taken into account “. Now it is important to support Russia and Ukraine in their negotiations.

Diplomats and experts stressed that China is not really willing to mediate. “Not for a second,” said China expert Jude Blanchette of the Center for Strategic Studies (CSIS). “China is not neutral. China’s support for Moscow is tacit bordering on too clear.” Chinese officials also made it clear on the sidelines of the conference that China prefers to stay out of the conflict, as has been described.

In the context of tensions over democratic Taiwan and with the United States, the People’s Assembly voted for a sharp increase in defense spending by 7.1 percent. It is the highest increase in three years. Total spending, on the other hand, is only expected to grow 3.9 percent. At the annual conference, China’s determination to “reunify” with Taiwan was reaffirmed.

Beijing sees free Taiwan only as part of the People’s Republic and threatens military conquest. The Russian invasion has raised concerns that China in Taiwan may be following Russia’s lead in Ukraine. Several top US officials visited Taiwan last week to send a signal of US support in the Ukraine crisis.