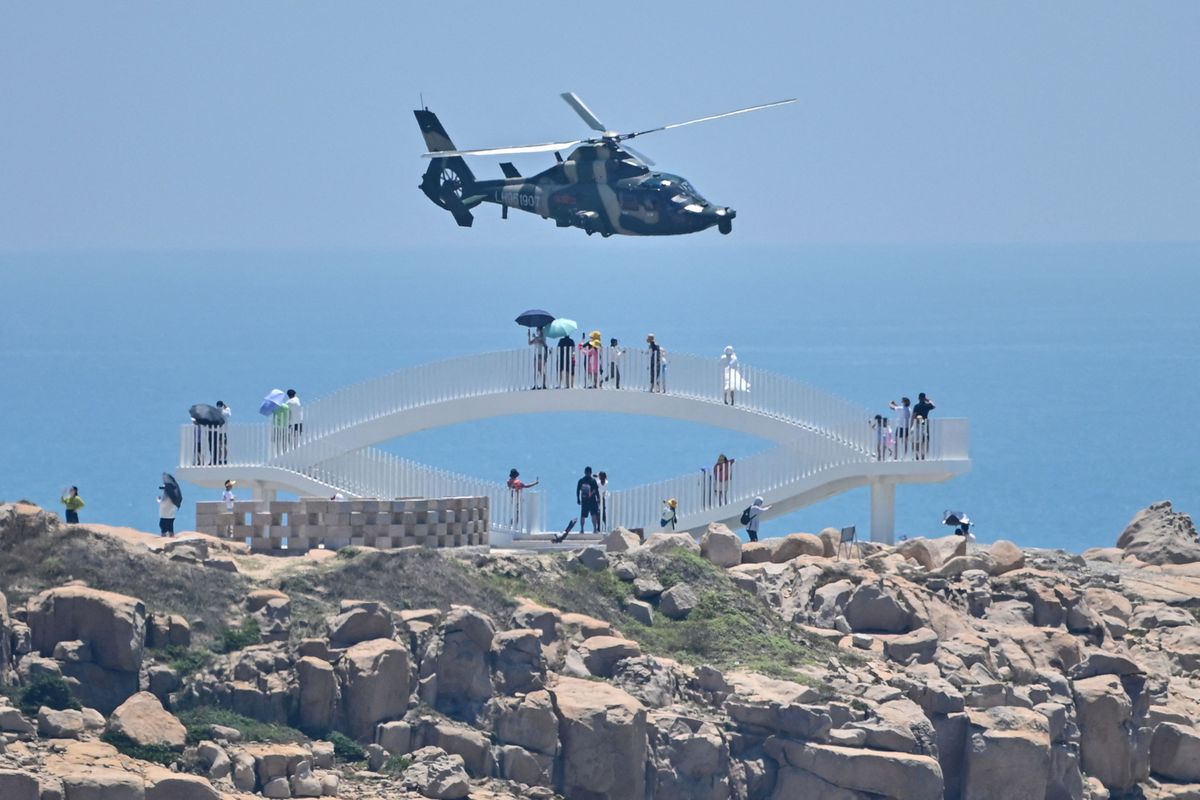 China on Thursday launched the most important military exercises in decades around Taiwan in a show of force, a day after United States House of Representatives Nancy Pelosi visited the island. The Chinese live-fire drills began around 12:00 p.m. (6:00 a.m. Spanish Peninsula Time) and will last until Sunday at the same time, according to state broadcaster CCTV. Beijing has warned the G7 against responding to any violation of its sovereignty.

The maneuvers include blocking sea and airspace in six zones around the island, one of which is about 20 kilometers off the coast of Kaohsiung, the southern Taiwan capital.

Pelosi left Taiwan on Wednesday after a less than 24-hour visit that angered Beijing, which considers the island part of its territory. The lawmaker, who is second in line to succeed the president, is the highest-profile US official to visit Taiwan in 25 years. The Speaker of the House said her presence on the island should make it clear that “the United States will not let Taiwan down”. In response, China vowed to punish those who offend it and announced military drills in the waters around Taiwan, which include some of the world’s busiest shipping lanes.

Taipei says it is closely monitoring the drills and that its forces are preparing for conflict but are not looking for it. “The Ministry of National Defense claims that it will uphold the principle of preparing for war without war, with an attitude of not escalating the conflict or causing disputes,” the Taiwan agency said in a statement.

The Association of Southeast Asian Nations (ASEAN) foreign ministers warn that the situation “could destabilize the region and eventually (…) lead to open conflicts and unpredictable consequences between major powers”. The European Union’s head of diplomacy, Josep Borrell, condemned the military drills, saying Pelosi’s visit was “no justification” for them.

There is no reason to use a visit as a pretext for aggressive cross-strait military activity. It is normal and routine for legislators from our countries to travel internationally.

We encourage all parties to remain calm, exercise restraint and act transparently. https://t.co/b760G8L0J4

Beijing has defended the drills and other maneuvers around Taiwan in recent days as “just and necessary,” blaming the US and its allies for the escalation. “In the current battle over Pelosi’s visit to Taiwan, the United States is the provocateur and China is the victim,” Chinese Foreign Ministry spokeswoman Hua Chunying said.

The spokesman for China’s representation to the European Union, Zhang Ming, responded this Thursday to the statement shared by the G7 and Union foreign ministers on Wednesday, warning that it would respond to any violation of its sovereignty while he while urging the United States to be held accountable for its actions.

“Taiwan is part of Chinese territory and interference in its affairs is a violation of China’s sovereignty,” Ming said in a statement from his office, stressing that “any action that violates China’s sovereignty and territorial integrity will be taken by the Chinese people.” reclaimed.”

Previous articleCard games for two: With our tricks, game night is guaranteed not to be boring
Next articleMarket report: DAX still has room for improvement