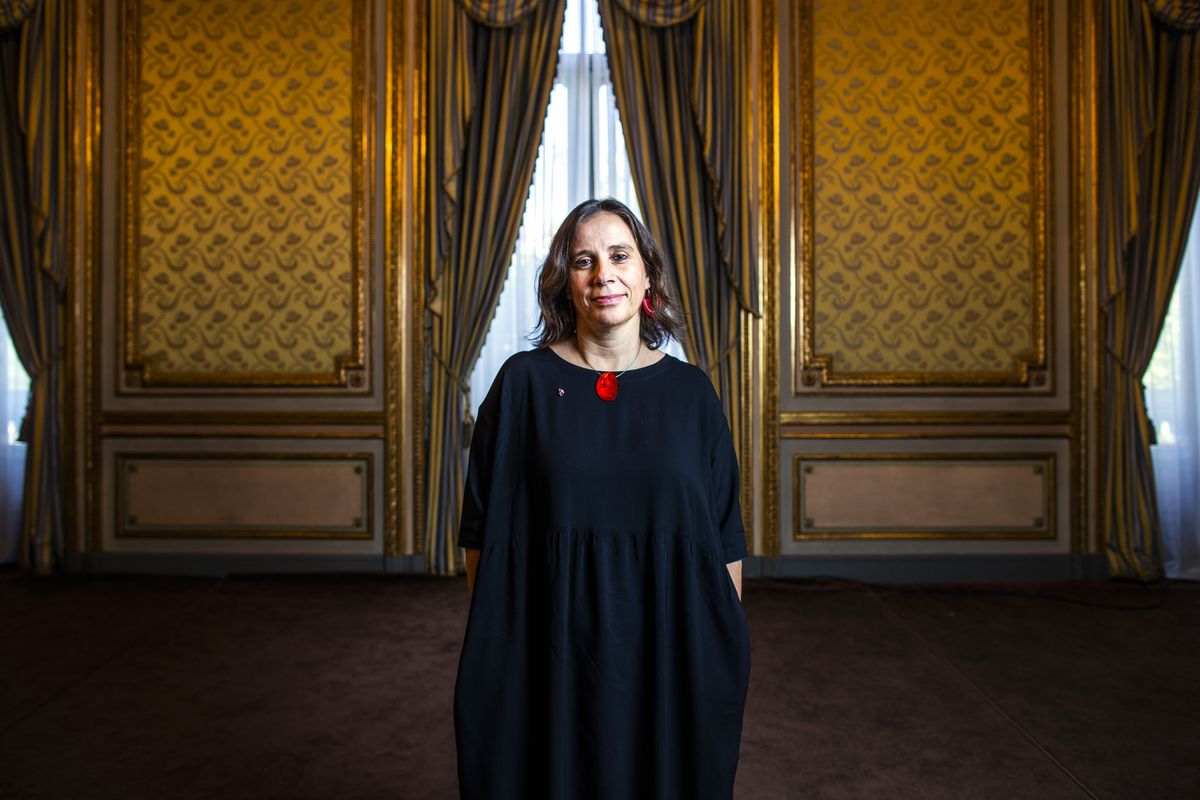 Antonia Urrejola (Santiago de Chile, 53 years old) embodies the progressive turn that Chile is taking with the government of Gabriel Boric. The Secretary of State took over one of the key portfolios of the South American country’s new executive branch in March, less than three months after her term as President of the Inter-American Commission on Human Rights (IACHR) ended. The Chilean lawyer received EL PAÍS on Thursday at the Casa de América during a trip to Madrid, where she met with her Spanish counterpart, José Manuel Albares, and signed a cooperation agreement on feminist foreign policy with Pedro Sánchez’s executive. “Spain has made great strides in this area and is helping us in the process we started in Chile,” he says.

The minister claims that Boric, 36, has defending human rights, democratic governance, sustainability and feminism as fundamental axes of his program. The head of Chilean diplomacy calls for a much stronger union between Latin American countries to be able to face regional challenges such as the migration and climate crises, drug trafficking and insecurity. Urrejola, one of 14 women in Chile’s first executive branch, where men are in the minority, is committed to building bridges to overcome ideological differences. “There are common problems that require common solutions. We must agree to have a voice in multilateral organizations,” he explains.

Questions. The Chilean constitutional convention passed the final text on Tuesday, which is due to be presented this Monday. What are your major advances?

Answer. Beyond the text, I would like to highlight the process itself, which began in the context of a serious political, institutional and human rights crisis in Chile (after the 2019 riots). The political class and the democratic forces knew how to respond to the situation with an institutional response, instead of sweeping under the rug the different demands that existed on the street. A new constitution was one of them, but the basic axis was the demand for more rights – in relation to animals, nature, childhood, sexual diversity… – and a larger welfare state. From there, the debate was guided through the Constitutional Convention, the only parity convention in the world whose seats are reserved for indigenous people. The basic thing was how we handled the crisis with greater democratization.

P In the event that citizens reject the constitution in the September referendum, would government action be very limited?

R no Of course, some points contained in the Constitution correspond very closely to the government program and would facilitate its implementation, but this is not the subject of a new Constitution and will in any case be implemented through the appropriate institutional and democratic channels, regardless of the outcome of the referendum.

P In her speeches she emphasized the importance of a feminist foreign policy. How do you want to transfer the gender perspective to your management?

R We anticipate this from two angles: one towards the interior of the State Department, where women represent an insignificant or much smaller number on the highest decision-making bodies (27% of ambassadors). It is an issue that will take some time as one cannot arrive and start appointing ambassadors who are not in the public service. The other perspective is more political in nature, both in bilateral relations and in multinational fora. The gender approach, which also includes sexual diversity, must be included in free trade agreements, in bilateral agreements; It implies a transversal view of all the choices we make. In multilateral fora, we will continue to support all resolutions dealing with violence against women and girls or reproductive and sexual rights.

P President Boric has defended building a “single voice” for Latin America. What does this wish mean?

R Latin America has been fragmented for many years and we have many common issues in the region: migration issues, drug trafficking and security, climate crisis; now food insecurity… It is very important that Latin America, before the rest of the world, has a single voice for its problems in order to have more strength and seek a solution to these challenges.

P With Gustavo Petro’s victory in Colombia and the apparent new wave of the Latin American left, does that one vote seem more feasible?

R Undoubtedly it is easier to speak with one voice when there is an ideological rapprochement with the governments of the region. But the President’s challenge is to look beyond ideological questions, because the big problem was that governments turned to those with whom they had an ideological affinity; the rulers change and the entire common agenda comes to nothing.

P How does Gabriel Boric want to present himself to the world? What are your priorities?

R First, the only vote for Latin America. Second, a mark of human rights without ideological bias. He wants to learn from the past and from the mistakes of previous left-wing governments, as well as from the successes, of course. Chile also has a clear human rights challenge, we had a dictatorship that is still having consequences; there was no reparation, justice and truth for the victims. And then we also had human rights violations during the (social) outbreak of 2019 for which Chile has to answer. Feminist politics is also a big topic. Above all, the President wants to present himself to the world with leadership from the left, where democratic governance and human rights are essential elements.

P Speaking of the left and human rights, some of the president’s statements have worried Venezuela and Cuba, and apparently part of the Chilean left. Is the relationship with these two countries a sensitive issue?

R The President has very clearly condemned human rights violations beyond ideology. In the case of Cuba, during the summit [de las Américas de principios de junio] He spoke about the situation of the prisoners after last year’s protests. He has been very critical of the punishments suffered by the activists but also of the US sanctions against Cuba; urged the end of the blockade, which had a very serious impact on the entire Cuban population. With regard to Venezuela, he was very critical of human rights violations, but at the time we argued that it should not be excluded from the summit. We understand that the serious political, humanitarian and human rights crisis in Venezuela must be resolved through dialogue with Caracas. And I think there were few dissenting internal voices on these issues.

P As President of the IACHR, you have been very harsh on the situation in Nicaragua. Can you take a similar position from the ministry?

R In fact, it’s very similar. Now my role is completely different, but from the Ministry of Foreign Affairs we continue to announce and express our concerns about human rights in Nicaragua, particularly regarding the situation of prisoners who have been arrested and detained in connection with elections. Any person who might be a dissenter before the elections (last November) will be jailed today.

P What options do you see for resuming diplomatic relations with Bolivia, which have been broken for more than three decades?

R President Boric and the President [Luis] Arce has talked about working on a common agenda, a positive agenda. And I am optimistic on this issue, the foreign ministers are moving forward together despite the differences that have historically existed and will continue to exist. We are neighboring countries, brothers.