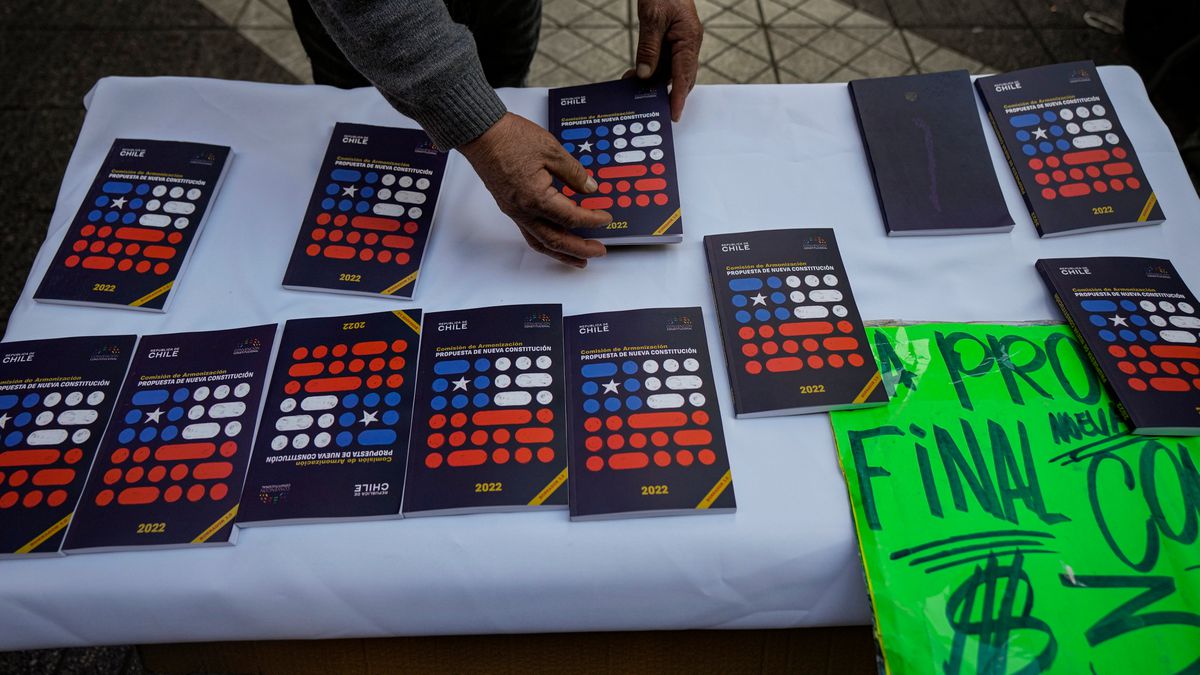 Barely two weeks after the proposal for the new constitution hit the streets and bookshops, the debate was between the key provisions of the text and the roadmap in the event that citizens voted it out in the April 4 referendum. Discussion erupted when President Gabriel Boric said that if he wins the rejection, he will push ahead with a new constitutional process that would take a year and a half. Legally, in this scenario, the 1980 constitution drafted by the Pinochet dictatorship remains in force and, according to the lawyers consulted for this report, the process culminates. However, there is an almost transversal political consensus on its continuity. Which there is no agreement on just over six weeks before the vote, as it should be.

In October 2020, almost 80% of Chileans voted in favor of a new constitution. Also that for this purpose it will be drafted by an elected body without the participation of members of Congress. “If the rejection wins, we have to find a formula to make a new constitution because the 80s were delegitimized after the 2020 referendum,” says María Cristina Escudero, political scientist and adviser to the Chilean Electoral Service (Servel). The author of Constituent Assemblies in Latin America (LOM, 2022), states that “what would eventually fail is a ratification of the text in the final referendum. A political settlement should seek to take what has been done and resolve that last step. Don’t go all the way back.”

There are those who propose changing the dates and deadlines set in the constitution for the current process and repeating the mechanism: a constitutional convention whose members are elected by the citizens. Others that it will be drafted by a committee of experts or a mixed convention – made up of members and congressmen. The option that they write it in Congress is the one that has the least support in the polls. “The conditions that led us to elect a constitutional convention persist. Leaving aside the issue of legitimacy, Congress must continue to function for day-to-day tasks: approving budgets, tax reform, health issues… It doesn’t seem appropriate to me to mix contingent politics with constitutional politics,” Escudero points out.

One of the many questions that must be resolved in the event that rejection wins and a political agreement is reached to carry out a new constitutional process is whether to replicate the features of the convention: parity, with seats reserved for indigenous peoples and are independent. The leader of the right-wing Independent Democratic Union (UDI) party, Javier Macaya, has already commented on the program zero tolerance, where he asserted that “the problem of indigenous and independent peoples was a design flaw”. And on parity, he said that “at some point it can be a necessary tool to move forward”.

Tomás Jordán, lawyer and coordinator of the constituent process of Michelle Bachelet’s second government (2014-2018), assures that in the event of a successful rejection, the political system must first decide what value it will give to the 2020 referendum. “If you decide, that the will of the citizens is still in force, it is important to emphasize that the majority voted for an elected constitutional convention to write the text,” he says. Regarding the option for Congress to change the dates related to the process of introducing a new one, Jordán clarifies that “it’s not that simple”. “That inevitably implies agreement that this is the procedure. Political actors can say that this is not the way. What would need to be done is to renew the political agreement to define whether these norms are what they want,” he adds.

The right and part of the centre-left are leading the rejection campaign but do not share the roadmap to be implemented. “If the rejection wins, there are two ways,” says Jordán, “to launch a new constitutional initiative that is the responsibility of both Congress and the president, or to reform the current constitution, which can be done without the president.” “Rejection is politically and legally more expensive. I think that from now on those who are going to adopt it should define a package of reforms that they would make to the text under discussion. Negotiating and processing this package in Congress will take less time than discussing the entire constitution,” he explains.

President Boric reiterated this Monday that “those in favor of rejection have no plan for the continuity of the constituent process”. Chile Vamos, the coalition grouping the right and the centre-right, presented the headlines of the 10 commitments they will make in the hypothetical case of a new trial. These include the “modernization and expansion of fundamental rights” – he does not name which -, “more democracy and participation” – he does not name examples – and the “determined protection of our environment”. For its part, only one party on the left (PPD) has presented a list of the changes it would make to the text if it were to vote.

For constitutional scholar Claudio Alvarado, director of the Institute for Studies of Society (IES), the government should ask itself why opposition is rising in the polls, or defend the proposed constitution rather than speak of opposition. “She should try to come together and get big deals because what we do after the referendum depends not only on what La Moneda wants, but on Congress. That horizon seems to be missing from your equation today. Solving inflation, public order, the roadmap will require a government look. Gabriel Boric reappeared from the first lap and that never worked for him,” says Alvarado.

This Thursday, President Boric, accompanied by several ministers, led the launch of the “Vota Informando” campaign, in which he urged citizens to take part in the referendum that will call more than 15 million Chileans to vote. The President reiterated that the people “have their legitimate rights to doubt, to ask questions, to accept certain things and to dislike others, but the most important thing is that they vote informedly”.

Subscribe to the EL PAÍS América newsletter here and receive all the latest regulatory keys in the region.

Previous articleWizz Air is not allowed to fly to the United States
Next articleMobile and clear ideas: This is how a citizen reporter is trained in Senegal