Child prodigies in “Goodbye Germany!”: “They don’t force me!” 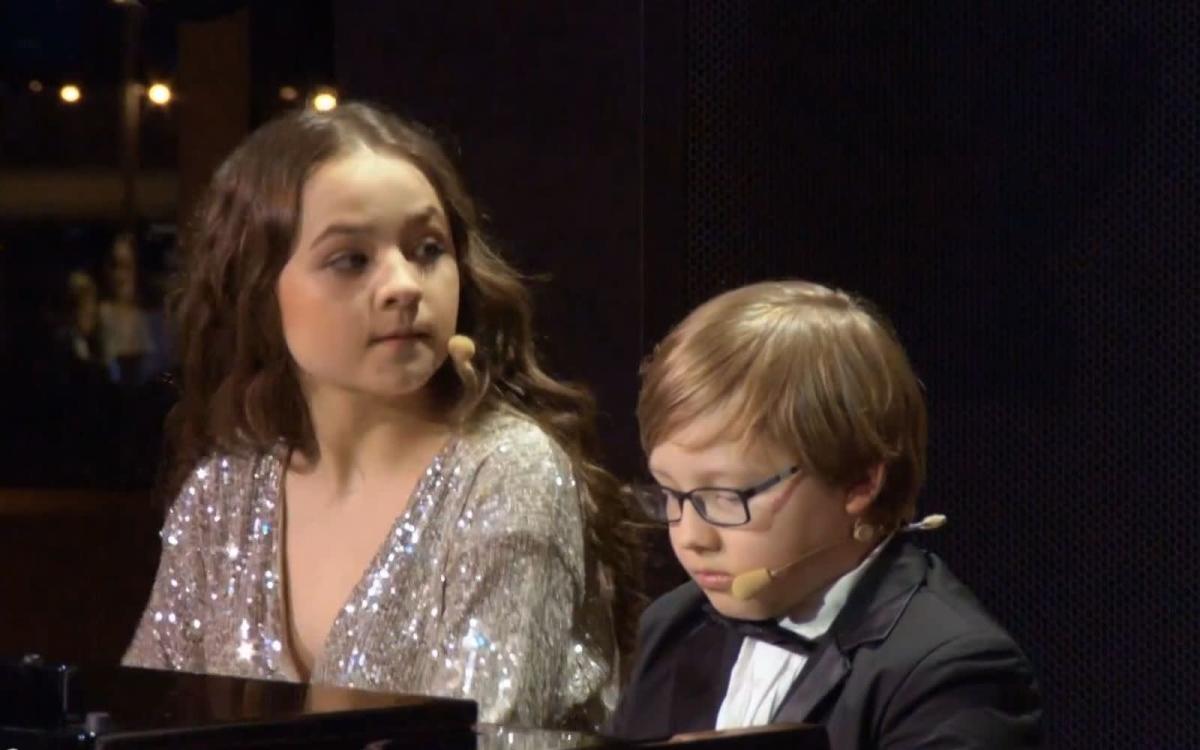 life in the sea? The current episode of the VOX soap opera “Goodbye Germany!” accompanied the Hahn brothers, who were faced with a great opportunity: Would you soon live with your parents on a cruise ship for months and give piano concerts there?

“Both of them have been playing the piano and composing and conducting and studying for several years…” If you talk to the philosopher Annette Hahn (43) in the current episode of the VOX émigré documentary “Goodbye Germany!” she heard Laetitia and Philip talking about their children, one thought for a moment that she had misheard. There was no mention of a 16-year-old boy and a 10-year-old boy?

In fact, both things are true: children are still very young and at the same time already “old” in the world of classical music, where they have already shone on international stages. The two had started playing the piano at the age of two and a year and a half, each with an IQ of over 140, and now they had an opportunity that would change the lives of the family.

They should give a concert on a cruise ship during a Canary Islands cruise; if it were received well by the public, it could attract a permanent commitment. For the Thuringian family, this meant the prospect of a year or two of life on the high seas. Mind you, it was filmed before the outbreak of the corona crisis!

“That would really be a dream!” Laetitia hoped, and her father, management consultant Christian Hahn, 50, explained: “Wherever the four of us are, that’s where we are and that’s where our home is. we take home.” with us”. Emigrate with a difference – without a new permanent center of life, but with the world as home!

But first this plan had to work. And that wasn’t just a matter of the brothers’ undoubted great talent. “The audience is totally mixed,” mother Annette knew. “Well, of course they’re also in swimsuits, they’re on vacation, they want to relax… And then with classical music: you have to be very careful. It’s not that easy!”

The first step was the ship’s talk show, where Laetitia and Philip were interviewed by Dennie Schmidt-Blessing (44) and gave a preview of their concert the following night. The entertainment manager had high standards: “If during an event I realize that people are leaving, it’s actually difficult.” As a moderator, he could offer the respective artists “a nice framework”. “If it falls outside of that framework, then an artist has to be professional enough to figure out for themselves, ‘Oh God, I have to change, and on the show, real quick…'”

Even stopping the show is conceivable as a last resort. Phew, one sometimes thought in front of the TV, it’s still about children here! Although the children, who did not necessarily talk like children, especially with little Philip, the discrepancy between childish optics and adult articulation sometimes seemed great. “That the two are a little more children or adolescents!” Some may have thought. Ultimately, though, the brothers didn’t seem to want to do anything else. “They won’t force me!” Laetitia asserted credibly.

“Great concert”, but no contract offer

A bit of a surprise just before the concert: apparently Philip had forgotten to practice one of the planned pieces! Now what? The Hahns’ pragmatic solution: no make-up on the mask, but a quick interlude of special exercise for the child. And then everything went well: in the course of the night, the hall was filled, about 1,000 seats were occupied. Not a bad cut with 6,000 passengers.

Head of entertainment Dennie was impressed: “Great concert, went very well!” He would definitely give a positive response to his company. However, that did not help: ultimately, the shipping company decided not to make a fixed contract offer. In addition, the corona pandemic followed a little later with a series of concert cancellations. But there was also a ray of hope: Philip – middle name: Amadeus! – would play the young Mozart in the Italian film “Il Boemo”!